El of the Water

El of the Water

Kill anyone with the potential to become Agito.

Enforcer
El of the Water is a whale-themed El Lord created by the OverLord of Darkness and a major antagonist in Kamen Rider Agito.

The El Lord of the Water was the one who killed Tetsuya Sawaki in the "Akatsuki Incident" after he became the second Agito. El of the Water him then entered the body of Masumi Sekiya to ensure she never told the truth of what occurred.

El of the Water eventually resurfaced and began killing again, using Masumi as his host until he returned to the OverLord and was given his own body. The El Lord's previous host was killed after he left her body.

El of the Water was then sent by the OverLord to terminate the Agitos and their allies. The El Lord initially overpowered the Riders but was beaten back by Agito and Exceed Gills before being critically wounded by Agito Shining Form. He was unable to return to the Overlord's body in time and was reduced to a puddle of water, much to his creator's shock. 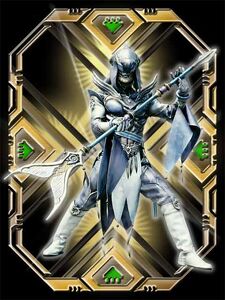 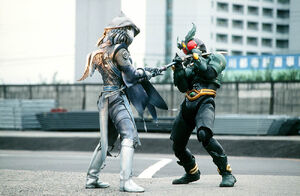 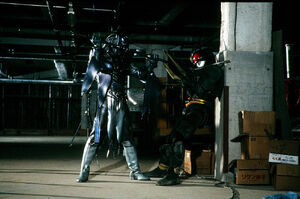 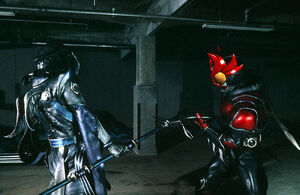 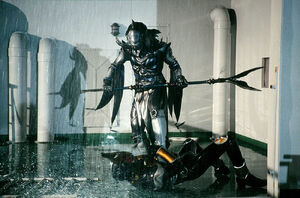