As Yuji Kiba, Yuka Osada and Naoya Kaido attempted to infiltrate the Smart Brain headquarters to obtain the Emperor's Belts, the three were led into a trap and wound up in the room housing the Elasmotherium Orphnoch. The Elasmotherium Orphnoch killed Yuka by slamming her into a wall before devouring Kaido, leaving Kiba mentally broken from losing his friends.

However, with help from Yuji Kiba as Kamen Rider Orga, Faiz saves Mari and destroys the Elasmotherium Orphnoch with his Blaster Form's Photon Blaster. 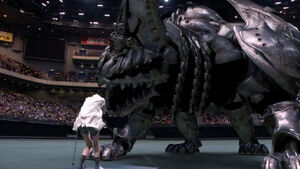 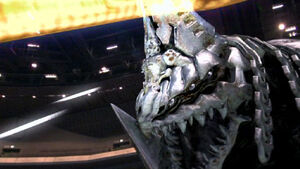 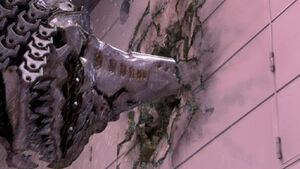