Elec Man is one of the six original Robot Masters, and a boss in Mega Man.

Originally built by Dr. Light to control the voltage in power plants, he was than reprogrammed by Dr. Wily to help him rule the world. He is hailed as one of Dr. Light's greatest creations. Elec Man tends to be arrogant and egotistical, but is very responsible otherwise. His signature weapon is the Thunder Beam, a fast bolt that goes in different directions, and deals significant damage.

Elec Man makes a cameo in the ending of Mega Man 3.

Elec Man appears in Mega Man 10 as data of the weapon archive. Here, his weakness is the Wheel Cutter.

Elec Man is one of the first four bosses in Mega Man: Dr. Wily's Revenge, his moveset is the same.

In Mega Man: The Power Battle, Elec Man appears as a background character in the penultimate stage.

Elec Man appears as an Assist Trophy and regular trophy in both versions. When summoned, he will shoot jolts of electricity above, below, or in front of him. If an opponent is hit by a jolt, they will take damage and high knockback. The jolts can be reflected.

Elec Man does not return as an Assist Trophy, but rather a spirit, being an advanced grab type that increases electric attacks. His spirit battle is a stamina battle against Pikachu on the Battlefield form of Wily Castle with increased electric attacks and an electrified floor. 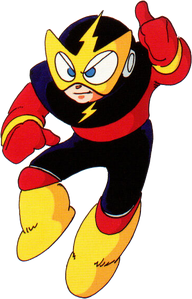 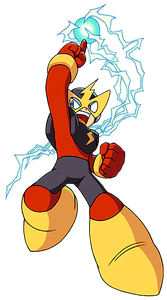 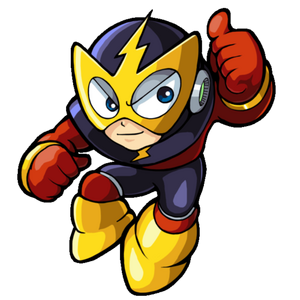 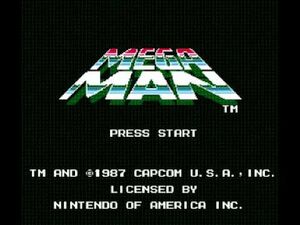