Costume that can generate electric shocks

The Electrocutioner is a villain in the DC universe. He is primarily an enemy of Batman.

The first Electrocutioner was Lester Buchinsky's unnamed brother. Lester himself would later take on the identity.

The second one used he electric suit to take down criminals, but Batman fought him because he disapproved of his extreme methods. He was later killed by the hero Vigilante.

Lester became the third and main one who fought Batman many times and teamed up with other criminals.

The Electrocutioner's costume possesses circuitry that allows him to either stun or kill his victims at will with a bolt of electricity. A touch from one of his hands delivers a severe shock, but when both his hands touch a victim the circuit is completed and the victim dies.

He appears in the show Justice League Unlimited in the episode "Grudge Match" as part of Roulette's Meta - Brawl. He later makes a few cameos as part of the Legion of Doom. In the series finale "Alive" he is shown siding against Luthor during the mutany and is blown up by Darkseid in the end.

A version of the Electrocutioner named Jack Buchinsky appears in the first season of Gotham in the episodes "Rogues' Gallery" and "What The Little Bird Told Him".

He later appears in the loosely-movie-based Batman game as a boss working along side Killer Moth and Firebug. It is later revealed that they are all working for the Joker.

Electrocutioner a.k.a Lester Buchinsky is a brutal pit fighter and enforcer for the Penguin who is also one of the eight assassins hired by The Joker disguised as Black Mask to kill the Batman on Christmas eve.

Buchinsky is first encountered by Batman after tracking Penguin down to his ship the "Final Offer" and entering the fighters pit. Electrocutioner then enters the pit and begins taunting Batman and attempts to intimidate The Dark Knight with his trademark shockgloves. Batman, unmoved by Buchinsky's display, quickly and unceremoniously knocks him out with one swift kick to the head, before leaving him to be taken into custody by the police.

However, the Electrocutioner wakes up and escapes the ship before the police arrive. Batman's butler, Alfred Pennyworth, manages to find a way to track a signal that the electrocutioner's shock gloves give off, allowing Batman to follow him to a meeting that the Joker is holding for all eight assassins at a suite in the Royal Hotel. Buchinsky attends the meeting but chooses to completely ignore his employers instructions and plays a game on his phone. The Joker, angered at the arrogant assassin's lack of attention and his failure to kill the Bat, shoots out a window behind Buchinsky and kicks him out of it sending him plummeting to his death.

Batman watches from a computer monitor as Joker murders the Electrocutioner and later discovers his mangled corpse. Batman then acquires his signature shock gloves, which later plays an important role in defeating both the Joker and his top assassin, Bane.

After Buchinsky's death, his prototype gloves were stolen by one of his old henchmen. The henchman kidnapped a scientist from Wayne industries and forced him to upgrade the gloves for him, only to return the favor by killing him. Shortly after the defeat of Joker in Arkham city (Several years later), Batman is ambushed by the new electrocutioner and briefly overpowered, but manages to defeat him by using his arrogance to his advantage. Shortly after, the Arkham Knight approaches the defeated Electrocutioner and kills him, presumably ending the legacy. 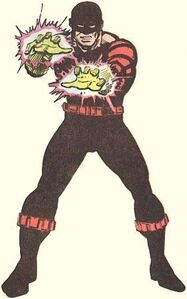 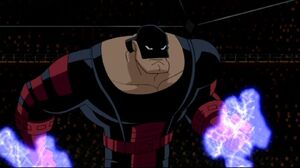 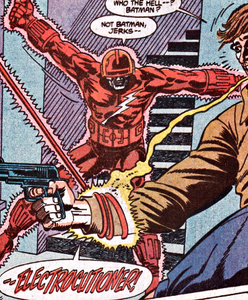 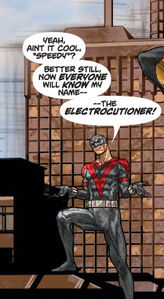 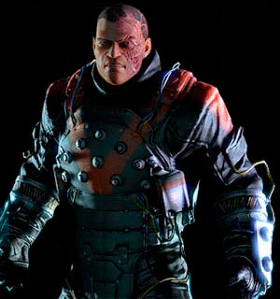 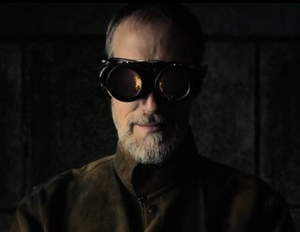 The Electrocutioner in Gotham. 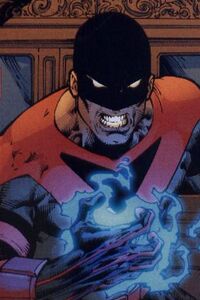 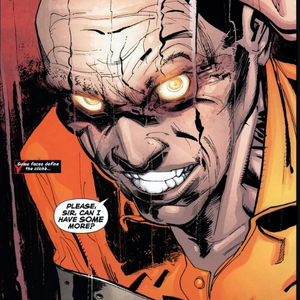 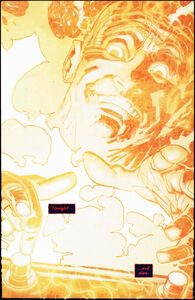 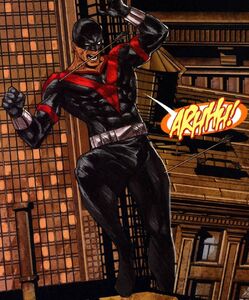 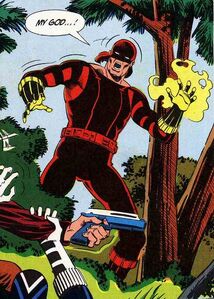 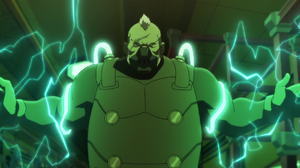 Electrocutioner in Batman: Bad Blood.
Add a photo to this gallery

Retrieved from "https://villains.fandom.com/wiki/Electrocutioner?oldid=3889159"
Community content is available under CC-BY-SA unless otherwise noted.