The Elementors are enemies in the Max Steel franchise.

Probably the most versatile of all the enemies of Max, a clone of Bio-Constrictor that is powered by an energy source called Elementium and is able to control the elements of nature.

The Elementium was created by N-Tek in 5 isotopes, the first 4 (water, earth, air and fire) are very powerful if they are together and can interact with all environments like metal, ice and lightning, the 5th isotope was created to stabilize the power of the 4 together but actually out of control, but not destroyed. Elementor seeks to merge with the planet to "recycle", make the planet is placed on the state it was before there was life as we know and all start over again.

However, this process would first of the toxic atmosphere and destroy the organic life including humans, only Elementor survive. Elementor share all the memories of Bio-constrictor at the time of its creation, and while that means you have the memories of Dr. Klimo, seems to have scientific attitude, he prefers to do everything to force.

Elementor is an enemy with great power but has had several disadvantages or weaknesses that have held such that 5 ° isotope Elementium out of control it is possible to remove all isotopes of his body, Morphosos crystals are more powerful than the Elementium so it can be removed by Extroyer and may create an accessory to control their extreme powers, however it appears that it is impossible to destroy.

Elementor has hardly changed since its first appearance, but some changes by now that have been in the legion is toxic and has grown to 3 meters and his eyes glow red or yellow.

In the new Max Steel reboot, the Elementors are aliens called ultralinks, that posses the hability to create physicall forms with elements. 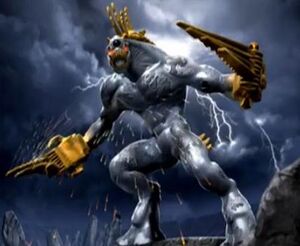 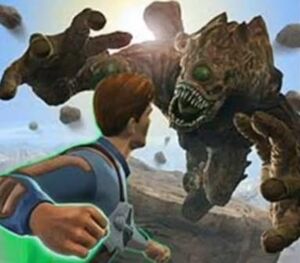 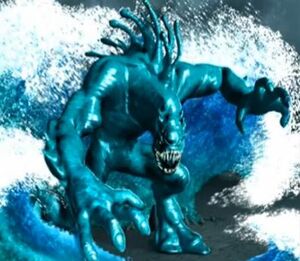 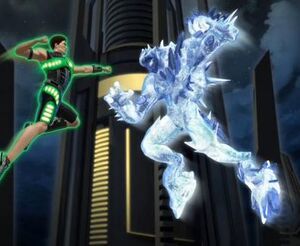 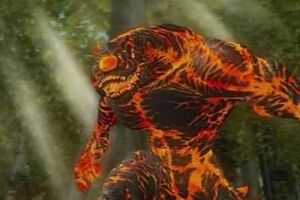 Fire Elementor
Add a photo to this gallery

Retrieved from "https://villains.fandom.com/wiki/Elementors?oldid=3889166"
Community content is available under CC-BY-SA unless otherwise noted.