She was voiced by Lani Minella.

Elena Goshkin was hired as Reese Hoffman's secretary at the Roaring 20's Casino. They befriended Kenny Sinclair; the new warden of the Mesa Grande prison. Together, the group decided to take over Las Vegas.

During the party, the prisoners are released including the most dangerous prisoner Victor Rashenko. McClane begins a mission of ending the chaos. He manages the stop most of the prisoners but Elena informs him that the rest including Victor are escaping. After McClane chases Victor to a warehouse and kills the escapee, he boards a truck. Soon, he receives a distress signal that terrorists are threatening to blow up the Hoover Dam.

Mclane finds Elena there, so McClane kills Elena's henchmen before he confronts her. He shoots her through a window which causes her to fall to the ground and die. He takes the bomb and throws it into the Nevada desert.

McClane then visits the Roaring 20's Casino after realizing Elena and Reese were involved in the terrorist activities. 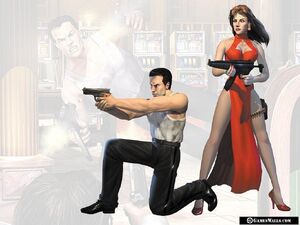 Elena with McClane on a wallpaper. 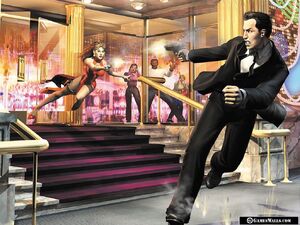