Poison the Freeport water system with vast quantities of U4 and turned all of the city's inhabitants into mutants.

Elexis Sinclaire is the titular main antagonist in the SiN video game series. She is a mysterious and powerful mad scientist who is secretly engaged in organized crime and planning to make a radical artificial evolutionary advance to the human race, and the enemy of private security force commander John R. Blade.

She is voiced by Hannah Logan.

At the beginning of SiN, Elexis Sinclaire is a talented biochemist and genetic engineer, CEO of a multi-billion dollar, multinational pharmaceutical company called SinTEK Industries. Elexis was born in 2006 and is 31 years old in the first game. When her biological mother, Diane Kettle Sinclaire, abandoned her from an early age. During her upbringing, she learned from her loyal father, Dr. Thrall Sinclaire, and eventually became a geneticist at SinTEK.

The way that biotechnology blocks the aging process has brought breakthroughs to the company. After her father's mysterious disappearance, she eventually emerged as a supreme power in the company's ranks. Elexis and SinTEK use their chemical and pharmaceutical brands to switch to illegal trading. However, her research developed SinTEK's most advanced chemical U4 with mutagenic properties.

Her current genetic research is shrouded in secrecy. Occasionally there are rumors that she is experimenting in areas that are often considered taboo by the mainstream scientific community. However, SinTEK was stands out by transcending normal scientific boundaries, and the world is waiting to see what the next creation of Elexis will be. SinTEK Industries is a virtual bastion due to fierce competition in genetic research. At some point, she used the known criminal Antonio Mancini as her pawn and mutated bloodhound.

Even local law enforcement agencies have only brief details about SinTEK scientists and employees. One thing is for sure - Elexis intends to change the world. And she is willing to do this with her every ounce of beauty, charm and genius.

Elexis also appears as the main antagonist in the 2000 anime original video animation, Sin: The Movie. In the film, her father is taken down by the government for his mad biological experiments that she continues (later it is revealed that she actually keeps her father as a huge mutated monster). However, she is also has a lover named Vincent, whom she also turns into a monster and then vivisects. At the end of the film, she falls from a skyrise building, presumably to her death. However, her exact fate is unknown though. 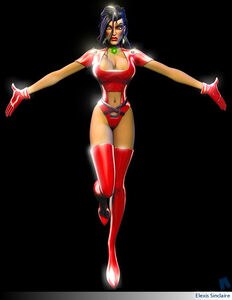 Elexis Sinclaire in the original SiN. 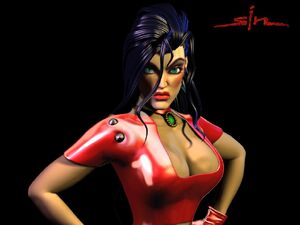 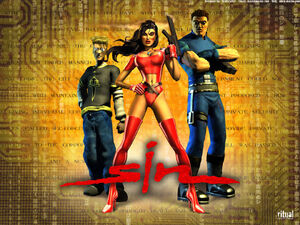 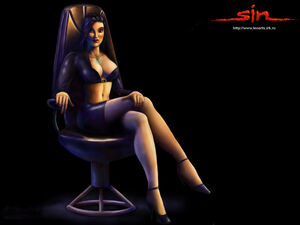 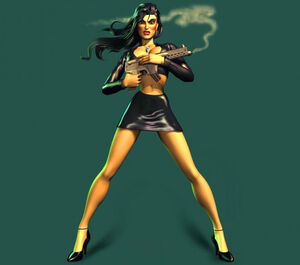 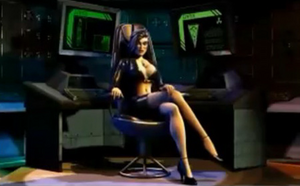 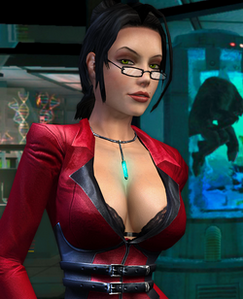 Elexis Sinclaire as she appears in SiN Episodes. 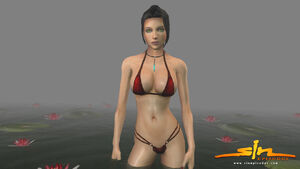 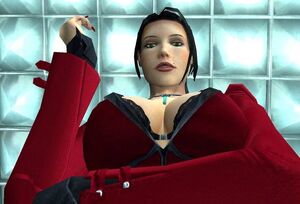 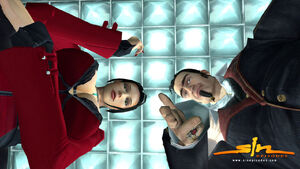 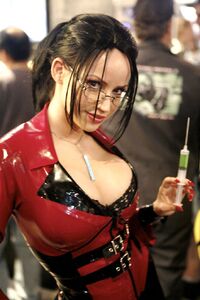 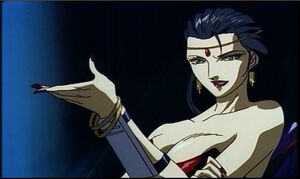 Elexis as she appears in Sin: The Movie.
Add a photo to this gallery 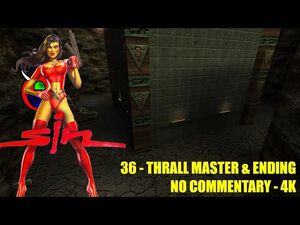 Retrieved from "https://villains.fandom.com/wiki/Elexis_Sinclaire?oldid=4050975"
Community content is available under CC-BY-SA unless otherwise noted.