Create a new breed of vampires at the expense of all others as well as humanity (both failed).

Overlord Eli Damaskinos is the overarching antagonist in the 2002 film Blade II. He is the father of Nyssa and Jared Nomak.

He was portrayed by Thomas Krestchmann, who also portrays Wolfgang von Strucker in the Marvel Cinematic Universe and Timothy Cain in the Resident Evil film series.

Though it was shown that he cared about vampire race (as he made the uneasy alliance between the titular hero and his men called Bloodpack), this later revealed he was not above sacrificing them, including his daughter Nyssa as well as turned Nomak into one of Reaper Strain. He sought for ascension of vampires where they can immune to their natural weakness like Blade, and sacrifice anyone to do so.

Damaskinos is an elder vampire of Greek descent. He is centuries old and claims to have fathered thousands of children, among them are Nyssa and Jared Nomak.

Desiring for the ways for ascending the vampirekind to the point that they no longer possesses their hereditary weaknesses (in the other words, possesses attributes that the titular hero have), he started the experiment where he recombines vampiric DNA, in which the DNA itself taken from his own.

The recombined DNA would later fused with regular vampire virus's DNA, resulting any human that infected with the altered vampire virus would became vampire with new attributes that the regular type of their kind lacks with. The earliest was Jared, who happened to be his own son.

It's unknown whether at that moment Jared was born with altered vampire virus' DNA or he previously born as regular vampire like Eli that later administrated with recombined vampire virus, but in either way, Jared eventually became powerful and also the first of the Reaper Strains. But at a price: his thrist for blood was more unstable than that of the regular vampires', which made him rebels against Eli and runaway, sought revenge for what has happened on him.

Two years after the events of Blade, a pandemic known as the "Reaper virus" has spread through the vampire community. Infected vampires are turned into what are referred to as 'Reapers', by the vampire nation. Reapers are a mutation of vampires - immune to all vampire weaknesses with the exception of bright light, who kill humans and turn any vampires they feed on into more Reapers. Unable to contain the Reapers, Vampire Lord Eli Damaskinos sends two emissaries, Asad and his daughter Nyssa, to seek the aid of vampire hunter Blade and his team, consisting of weaponsmith Abraham Whistler and Blade's new assistant Scud.

After meeting with Damaskinos and his human familiar, lawyer Karel Kounen, they cautiously agree to help due to the danger of the Reapers' uncontrollable hunger and rapid mutation. Asad then introduces Blade and his group to The Bloodpack; a group of vampires trained for the sole purpose of killing Blade. In addition to Asad and Nyssa, The Bloodpack consists of Reinhardt, Chupa, Snowman, Verlaine, her lover Lighthammer, and Priest.

After Damaskinos' betrayal, he reveals that he created The Reaper virus in order to create a new race of vampires based on Blade and that Nomak is in fact his son. Scud turns out to be a familiar loyal to Damaskinos, who also works with Reinhardt. Blade turns the table on Scud, saying he always knew of Scud's true allegiance, and kills him with the bomb he had placed on Reinhardt, earlier. Damaskinos then orders his scientists to dissect Blade so they can learn how to replicate his abilities.

Nomak finds his father's lair and single-handedly takes down all the guards and proceeds to kill Damaskinos. Nyssa betrays her father and puts the lair in lockdown preventing anyone to escape. Nomak confronts his father and to save his own skin, Damaskinos offers his son power and everything he could desire. Nomak doesn't believe him and bites him but the bite kills him instead of turning him and bleeds to death. 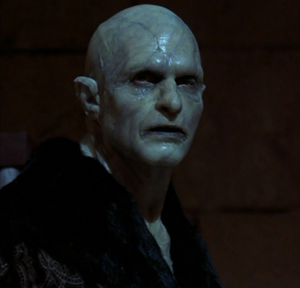 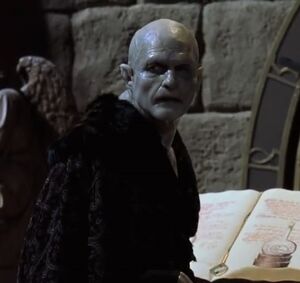 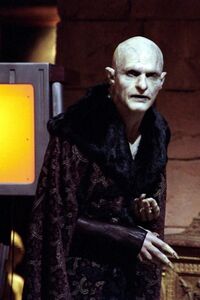 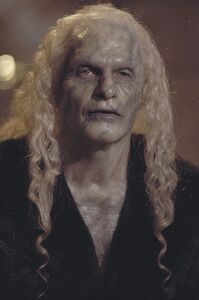 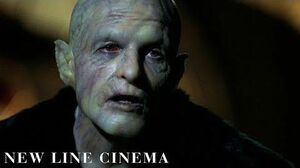 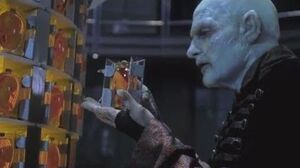 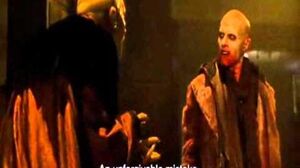