Eli Gould is a minor antagonist in Se7en and its comics. He is the second victim selected by John Doe, and being an attorney who became famous and wealthy from dishonesty, he is selected by Doe to represent the sin of greed.

John Doe came into contact with the amoral lawyer on several occasions—each successive encounter convinces Doe that Gould must be punished for his sins. He overhears Gould speaking to guilty murderers and rapists on how he can lie to the court to let them walk free, as long as it's for a price. Doe also learns that Gould is abetting in the eviction of a poor family from a local apartment complex.

John Doe broke into Gould's law firm, knocked the attorney unconscious before he could depart for the weekend, and bound his hands together. Doe forced Gould at gunpoint to put a pound of his own flesh on a set of scales via a knife given to the latter. Ultimately, Gould died of blood loss, with his death being subsequently investigated by Detectives William Somerset and David Mills. 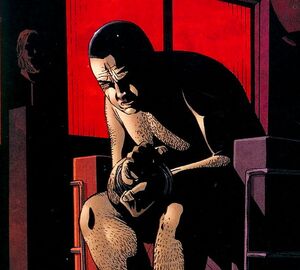 Eli as he is held hostage. 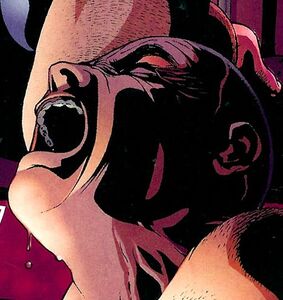 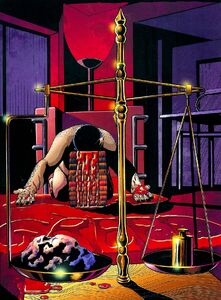