Leader of the Fang

Having various delusions about Leina

Elina Vance is a villain in the anime series Queen's Blade.  She is the third daughter of Count Vance and his most loyal servant. She is a prominent Queen's Blade competitor who entered the tournament in hopes of finding (and bringing back) her older sibling, Leina, under her father's orders. She operates with two faces, switching between a smiling coy princess and a viciously brutal fighter, switching between a noble guard and a deadly assassin, and switching between a kind sister and a cruel sadist.

Elina is a young woman in her late teens who stands at a height of 168 centimeters. Her armor bears a cat (or tiger) motif. She wears a metal cat eared headband and a golden necklace with a sapphire pendant. On her torso she has a metal bikini top with parts of it painted blue. She wears a white and black striped vest that has high ends and is open on her torso, but closes and forms a front and back tassel as it gets lower. She has a white and black striped full length glove on her right arm, and a metal armguard on her left arm. She has black panties, with a ornate black belt over the tassel, and bandages on her thighs with white and black striped shoes.

Elina outfit still bears the cat motif as the last one, only this time around its all black. She has cat-eared face-guard, and has a breast plate with rubies on it, with a black cape. On her left arm she has a full-length arm-guard with a sapphire where the shoulder is, and a metal wristband on her right arm. On her legs she wears a black thong also with small rubies on it, and has metal thigh-length boots. Her hair has been pulled into twin-tails.

Unlike her sister Leina, Elina has a cruel personality, and doesn't hesitate to mock her opponents or curse at them to break their concentration. She has a demeaning view on anyone who is not part of the Vance family, such as commoners, workers, and servitors. Since her childhood, she's felt a deep adoration for Leina.

Elina is the younger sister of the Exiled Warrior Leina and the daughter of Count Vance, the most powerful political figure in the Continent after the Queen.

She excels at martial arts and espionage techniques. Besides being the Count's bodyguard, she's also in charge of gathering intel and receives special assassination missions.

She's a warrior to be feared: she was trained to specialize in the use of spear and body skills, she has iron claws that can cut it all and she knows curses that she uses to break the opponent's concentration.

Unlike her gentle sister, Elina has a mean personality despite always showing an angel's smile. Since her childhood she's felt a deep, abnormal adoration for Leina.

The Count Vance's family ruled over the Continent before the Queen's Blade was insured and they're of royal blood. It's a powerful entity that controls the opposing forces to the Queen. The Count tried everything to bring back the daughter that fled from home, since she was the direct successor of the family, but failed at all attempts. It was then when Elina received the order to capture her sister.

The leader of the “Assassins of the Fang”, the assassination unit under direct supervision of the present Queen.

Claudette’s younger half-sister, she is the former Captain of the Count Vance's Royal Guard and she was also the second in line of succession in the family. After the fall of Count Vance she became a close associate of Claudette, the new Queen.

She has almost abnormal feelings for her other older sister Leina. But, she doesn't seem inclined to go looking after the currently missing Leina, which puzzles those who knew about her previous obsession with her sister. However, there is no one who will say anything about it. In a way, angering Elina, known as one of the cruellest leaders of the death squad so far, would be more frightening than going against the Queen herself.

She was trained in the use of body and spear skills, attacks with strong iron claws at close range and uses a wire to try and bind opponents at long range. She also uses taunts, and knows how to demoralize her opponents to lower their guard and have them confused to give her an early advantage in battle. 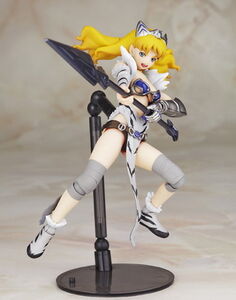 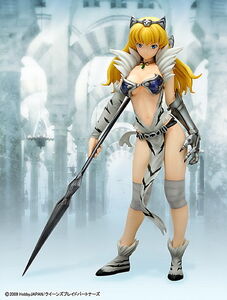 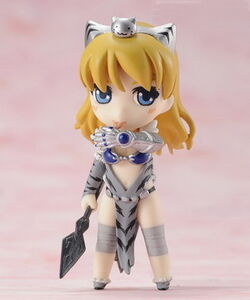 Retrieved from "https://villains.fandom.com/wiki/Elina_Vance?oldid=3536016"
Community content is available under CC-BY-SA unless otherwise noted.