Member of the Sumeragi Seven

Rule the world as queens and kill everyone they can. (both failed)

Elise, also known as "The Eternal Envy", is a major antagonist in the 2014 video game Azure Striker Gunvolt. She is a Sumeragi prisoner, later one of The Sumeragi Seven, a group of Adepts whom serve under Nova.

She was voiced by Ayano.

In her youthful life, she was bullied in her school because of her Septima, and commonly played video games as an escape from reality. At some point, a certain someone sent her an email and gave her the ability to use her septima in the game, she caught the attention of Merak. she was captured and taken prisoner by the Sumergai Group, trying to uncover Elise’s Rebirth Septima. As Elise was not able to cooperate with the scientists due to her weak personality, they insert a obedient personality in her, making Elise obeying and bidding to them.

But this made her into a insane alter ego, nearly killing the entire team. Hurriedly, the survivors implanted a third personality after sealing the beast through hypnosis in the depths of Elise's consciousness. The new personality became more confident and independent one. Later, she killed the remaining scientists and turned them into zombies.

After Gunvolt eventually enter the base where Elise is being kept. He finds Elise, revealing to be suffering from amnesia, and goes with him. While walking past a room, her head starts hurting in pain and runs into the room. Having regained her memories back, she transform into her glaive, giving her a personality physical form, she tells Gunvolt her situation and attacks him.

During their fight, Gunvolt pleads with Elise not wanting to fight them, but the dominant persona ignores him, expressing her wish to be use her power. As Gunvolt trying to kill both Elise, they keep reviving each other, amusementing Elise’s dominant personality. Gunvolt finally defeats the personalities, killing them both at the same time. However, the crazed personality escapes before the end of the battle.

At some point in the game, Elise becomes an ally to Sumeragi lieutenant, Nova Tsukuyomi. Elise along with the other revived adapts under Nova’s command, waits for Gunvolt to make his way to the space station where Elise and Nova are waiting.

Gunvolt reaches Elise and battles the revive two personalities. During battling the personas, defeating them while the crazed personality reviving them again, Copen appears and kills Elise once and for all.

Elise is part of the DLC pack for Azure Striker Gunvolt 2. She appears in the Mysterious Manor.

Elise appears as a DLC boss in Mighty Gunvolt, having similar attacks as in the original game.

Elise appears as a collectable pixel sticker as a drop from a random enemy.

Elise makes a cameo at the end of the OVA, along with the rest of The Sumeragi Seven (minus Merak), surrounding Gunvolt. 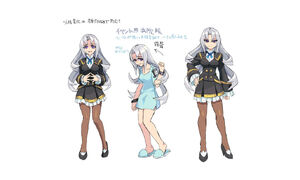 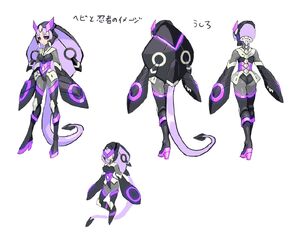 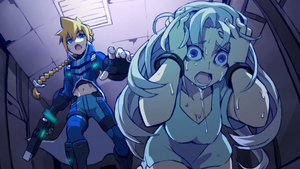 A Steam Badge of Elise's symbol. 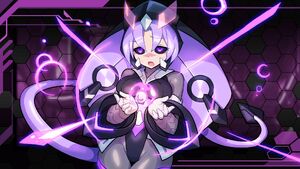 HD art of Elise from the Steam Trading Card Set. 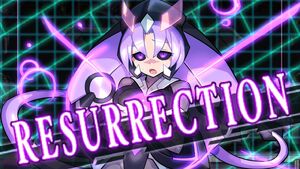 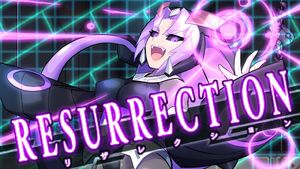 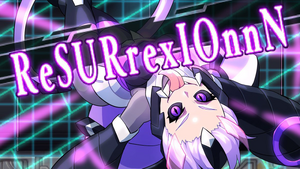 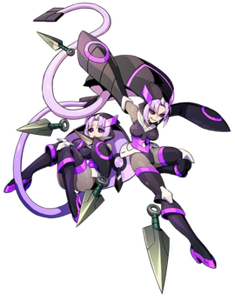 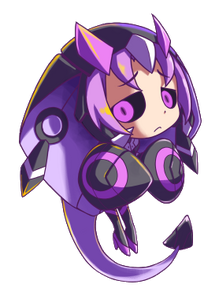 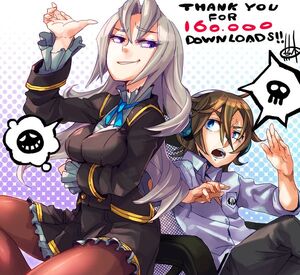 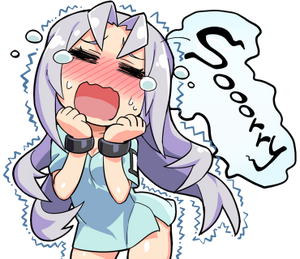 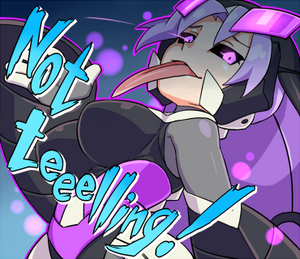 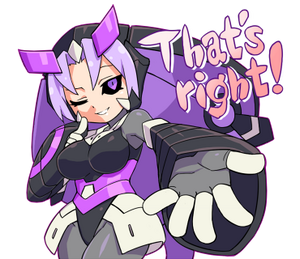 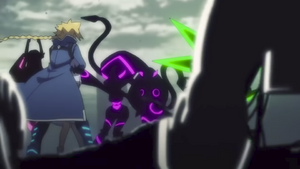 Elise seen in the OVA.
Add a photo to this gallery 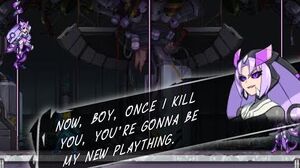 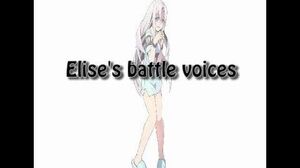