Fulfill the vision of Covenant Empire.

The Elites (or the Covenant) serve as possibly one of the primary antagonists and main enemies of Rise of the Spartans.

Minors are the most common Elites as well as the lowest ranking ones. They wear fully blue minor armor and wield standard Covenant weapons usually such as Plasma Rifles. They are often seen in large groups who fight enemy forces.

Majors are the second most common Elites and are higher than Minors, allowing them to wield better weaponry such as Focus Rifes and Plasma Launchers. They serve as low commanders who lead Minors or sometimes lesser races into battle. They wear fully red minor armor.

Rangers are possibly low ranking Elites that usually wear fully turquoise Ranger armor and Golden Rangers are sometimes seen too. They often wield Plasma Pistols and seen driving Covenant vehicles such as Ghosts and Banshees, as well as serving as workers aboard Covenant vessels. The Golden Rangers appeared to have jetpacks and were deployed in combat.

Honor Guard Elites are red General armored Elites that are deployed to defend and protect certain people and the only known Honor Guards are Raghath's. They wield Energy Swords as they are protectors and sometimes Plasma Rifles.

SpecOps Elites (known as Stealth Elites in Rise of the Spartans) are skilled warriors who are specialized in fighting in Active Camoflauge and stealth. They are often deployed in Stealth teams and often wield Energy Swords or Needle Rifles.

Ship Masters are commanders of Covenant Ships. Ragath, although he was only a Shipmaster, was leader of an armada over Halo.

Rise of the Spartans

During the battles on Reach, forces of Elites attacked the UNSC forces. After the battle between the two forces, Stealth Elites managed to ambush the Spartans, ODSTs and Marines. One of the Stealth Elites had their Needle Rifle pointed at the commanders head and ordered the humans to drop their weapons or he dies. Although the Stealth Elite team was eliminated and the Spartans managed to save themselves. Afterwards, the Spartans prepared for a small army of Elites to charge at them with the intent of killing them all. The Elites cut through the door, then ran at the UNSC under the command of some Ultras. One Ultra attempted to kill Ocelot with his sword but was eliminated by the power of Ocelot's shotgun.

Nightflash and his squad arrived at Trident Industries which was under the leadership of it's CEO: Blake. Nighflash wanted to leave Reach and asked his friend Blake to help them leave. Although Banshees arrived with Rangers piloting them and planned on destroying them. The Elites then arrived on foot led by an Ultra who wielded a Gravity Hammer.

The squad started killing the Elites and planned on defending the Trident Industries. The Elites failed to kill Nightflash and his squad or kill Blake or even stop their plan to leave Reach.

It is introduced that the Elites are also on Halo with the intent of activating the Halo Rings under the leadership of both Ragath and Firelight. Archangel and his men fought the Elites for a pretty long time on Halo, as they are stranded there because of a Covenant Corvette. All squad members spawn in different places on Halo. Nightflash spawned nearby Archangel's base, Ocelot spawned at Firelight's Spire and was captured by Raptor, Brass spawned in a cave with some surviving humans, Whisper spawns in Austin and Ryan's base and Swift spawns nearby both Memphis's base and Alaxander's base. Firelight wants Ocelot executed but Raptor saved the spartan and allowed him to escape.

Kalos and his forces stole the AI (Cassi) from Swift and he sent his forces including Wraiths to kill the enemy forces at Archangel's location. Although Swift rescued the AI and killed many Elites with the exception of Kalos.

During the final battle, the Elites found the control room and planned on activating it. Most the squad members died during the final battle and Ragath went on to Halo himself. With his Needle Rifle, Ragath killed both Ocelot and Raptor. Ooskoo and his forces, who were against Ragath, joined the battle and helped the humans defeat Ragath and his Elites. Ooskoo, Fido and other Elites confronted Ragath and his Honor Guardsmen in the control room, Ragath wanted to kill his brother so he threw a plasma grenade at him but Fido evaded into grenade, sacrificing her own life to save Ooskoo's. Ooskoo and Ragath then had a duel but Ooskoo won the duel, Ragath than ordered his Honor Guards to shoot and kill Ooskoo. Later, on Ragath was killed by Sev for betraying him and Swift used the Halo to revive everyone on Halo. Firelight along with other Elites were imprisoned. 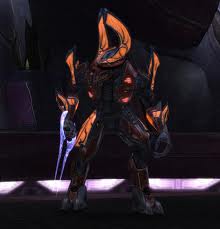 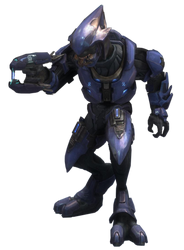 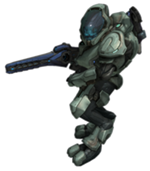 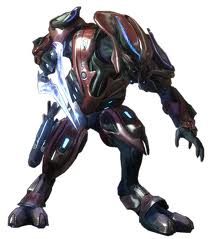 Add a photo to this gallery
Retrieved from "https://villains.fandom.com/wiki/Elites/Covenant_(Rise_of_the_Spartans)?oldid=3578742"
Community content is available under CC-BY-SA unless otherwise noted.