To seek vengeance in her enemies

Vengeful Psychopath
Ellie Layton is the main antagonist of the horror remake One Missed Call.

Although she is not directly revealed as such until near the end of the film, in life she had been a disturbed child who abused her younger sister including using a knife to presumably cut her.

As a reward, she would give her sister a hard candy but her mother was always suspicious of events and went as far as installing a nanny-cam inside her daughter's teddy bear to record events.

One day, Ellie's abuse is discovered when her mother enters the room unexpectedly, she takes Laurel (Ellie's young sister) out of the room and angrily shuts Ellie inside, locking the door.

However as Ellie panics she triggers an asthma attack and despite reaching for her inhaler collapses on the ground and dies: before she dies, she dials a number on a cell-phone: thus triggering the curse that would become the central threat of the movie.

After her death Ellie becomes a type of monster revealed in the movie as a vengeful spirit that inhabits cell-phones, leaving behind supernatural voicemails to her victims that predict their deaths - just before death her victims proceed to phone the next intended victim, thus allowing Ellie to transfer herself across cell-phones and continue her murderous existence.

Ellie's victims all end up with a red colored hard candy in their mouth after death, a supernatural relic of Ellie's habit of giving her sister such candy after abusing her (in death it became her signature - much like serial-killers have).

Ellie's evil spirit was ultimately confronted by the ghost of her mother near the end of the film and forced into fleeing into a cell-phone again - by confronting Ellie her mother's spirit seemed to find peace and vanished.

However at the very end of the film Ellie is shown as still being active when she phones a police officer via a cell-phone being held in the evidence room. 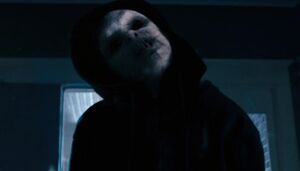 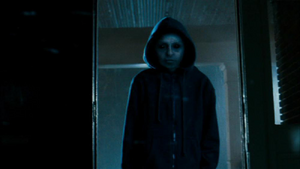 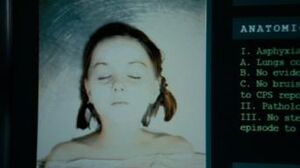 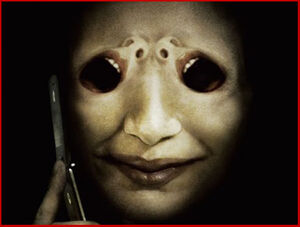 Ellie's face on the DVD box.
Add a photo to this gallery
Retrieved from "https://villains.fandom.com/wiki/Ellie_Layton?oldid=3702230"
Community content is available under CC-BY-SA unless otherwise noted.