Re: Zero - Starting Life in Another World

Elsa Granhiert (in Japanese: エルザ・グランヒルテ, Eruza Guranhirute), known infamously as the Bowel Hunter, was a major antagonist in the Japanese light novel series Re: Zero - Starting Life in Another World as well as its anime & manga adaptions. She was the main antagonist of the first story arc and the secondary antagonist of the fourth story arc.

Having no parents, Elsa grew up as a thief on the streets of Gusteko, the icy kingdom located to the north of Lugunica. One day, Granhiert was caught stealing and was forced to slit her captor's stomach open when he tried to rape her, marking her first kill. After this event, Granhiert grew to enjoy the practice of slitting peoples' stomachs open, garnering fascination and even arousal upon the sight of a person's bowels laid bare. She eventually joined the Gusteko Assassin Organisation, a group of mercenaries led by an enigmatic figure known as "Mama" that accepted jobs from clients across the world. Elsa earned notoriety as the "Bowel Hunter", a nickname attributed to her in recognition of her unique style of killing targets.

At the beginning of the story, Elsa was tasked with retrieving the Dragon Priestess Insignia, an emblem owned by the half-elf Emilia that identified her as a candidate to become Lugunica's next ruler. In order to complete the mission, Granhiert travelled to Lugunica's capital city and hired the common street thief Felt to steal the Insignia for her. However, when Elsa went to the chosen rendezvous point, she discovered that Emilia had tracked Felt to the building, prompting Granhiert to decide to butcher everyone present and take the Insignia by force. She fought against the people present in the building - Emilia and her spirit Puck, the criminal Rom, Felt, and the Japanese teenager Subaru Natsuki who had recently been summoned to Elsa's world. Although she initially held the upper hand, Elsa was defeated when the Sword Saint Reinhard van Astrea arrived on the scene and engaged her in combat. However, before Reinhard could apprehend Elsa, she escaped.

Elsa was voiced by Mamiko Noto in the Japanese version of the anime adaptation and Cristina Vee in the English version. Vee's other villainous roles include Mosquito Girl in One Punch Man, Swan in Fairy Tail: Dragon Cry, and Pandora in Saint Seiya: The Lost Canvas.

Elsa wore an elegant black dress with purple trimmings that left part of her midsection and her cleavage exposed. She also usually adorned a long brown cloak with a pink-frilled hood.

Perhaps Elsa's defining trait was the arousal she garnered from gutting people and toying with their steaming entrails. Upon facing worthy opponents, Elsa would express excitement at the prospect of gutting them, pondering on random variables such as what color her opponents' entrails would be. After disembowelling Subaru Natsuki, she barraged him with a flurry of questions related to the pain he was feeling as he lay dying on the floor of the loothouse, conveying that she received sadistic arousal from the pain others felt due to her actions. Her warped sense of arousal didn't end with her opponents, as Elsa also felt masochistic ecstasy whenever she was wounded by others, such as when Subaru kicked her in the loothouse. She didn't feel any remorse towards those she gutted, even if they were children or the elderly.

Elsa was a battle maniac, not even hesitating to injure herself if she can fight strong opponents, which was helped by her abnormal healing rate. This was also shown through her persistence. Due to her blessing she claimed to be a vampire, though she didn't drink blood, nor did she receive any ill effects when under the sun. Elsa also enjoyed knitting cotton dolls, especially after a good kill, and mentions to have over 10 years of experience. 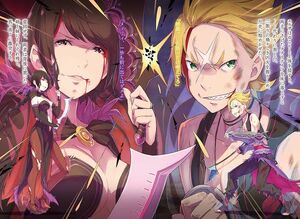 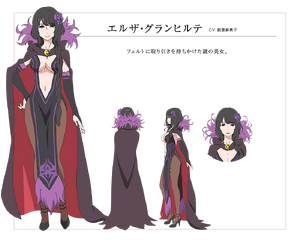 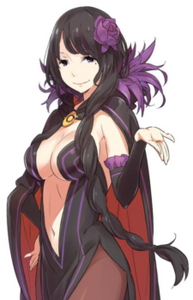 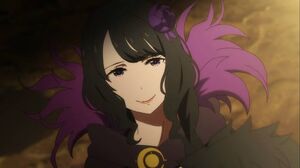 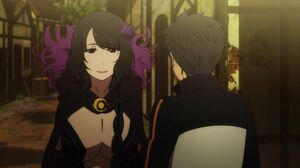 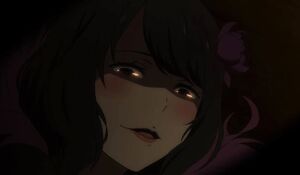 Elsa's Evil Grin Pt.2
Add a photo to this gallery

Retrieved from "https://villains.fandom.com/wiki/Elsa_Granhiert?oldid=3877459"
Community content is available under CC-BY-SA unless otherwise noted.