Physical injuries to others

Elsa Mars is the main character and protagonist villain of American Horror Story: Freak Show. She was the manager of a quite unsuccessful and dying Freak Show.

Elsa is a tortured woman with a dangerous desire for fame. She secretly has prosthetic legs, which reveals she has more in common with her "freaks" than meets the eye.

She is portrayed by Jessica Lange, who also portrayed Constance Langdon, Sister Jude, and Fiona Goode in the same series.

In terms of personality, Elsa's is certainly one of a large capacity. The German ex-pat is probably best known for her ambition and cleverness. However, often times she works in her own self-interest, meaning her cleverness can begin to tread into waters of manipulation. Yet, despite these flaws, Elsa's overall personality is one of class and kindness. She cares for her freaks and their well-being, as long as they stay out of her spotlight, that is. 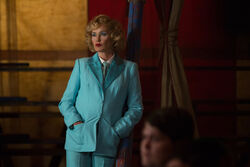 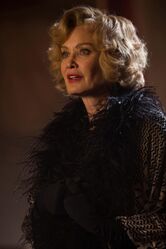 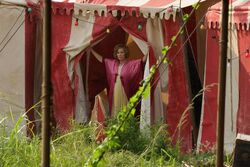