Get the Sun Incinerator back (failed).

She was voiced by the drag performer known as Jinkx Monsoon.

Having the name based on the bright green gemstone of the same name, Emerald has light green skin, large spiky dark green hair, and pointy canine teeth. She has a yellow zigzag tiara-esque bar adorning her forehead that covers her hairline and brows.

In the episode "Lars of the Stars", Emerald goes after Lars and the Off-Colors for stealing her ship, the Sun Incinerator, despite the fact that it was heavily guarded by several Citrines. She then demands him in the communicator to surrender or else, but Lars dismisses it. Emerald, not wanting to deploy firing on the Sun Incinerator, instead of disabled the ship's nova thrusters to prevent him from escape. However, she was forced to retreat after the Destiny Destroyer's, her ship, weapons are eliminated by Stevonnie. 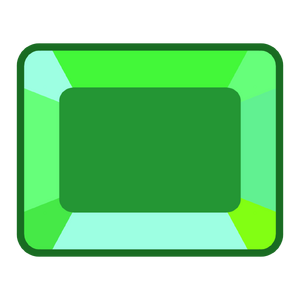 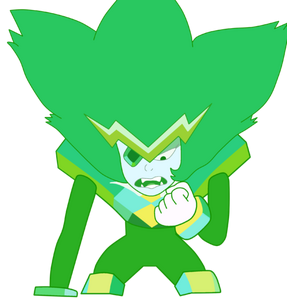 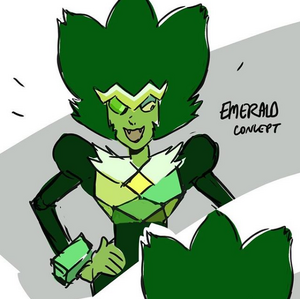 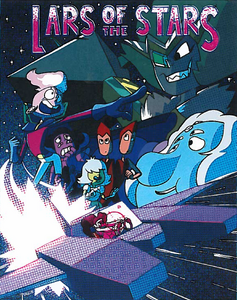 Emerald in artwork for "Lars of the Stars" from the SDCC 2017 Crewniverse zine. 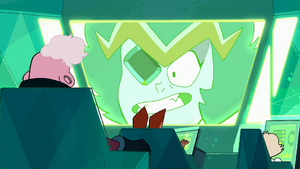 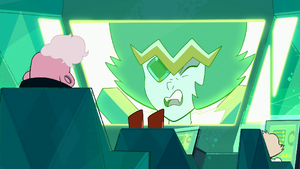 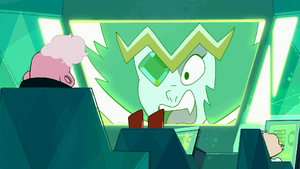 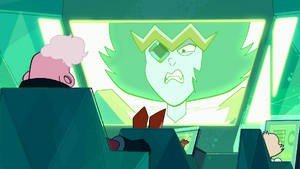 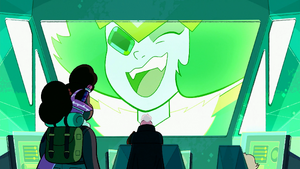 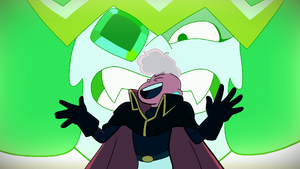 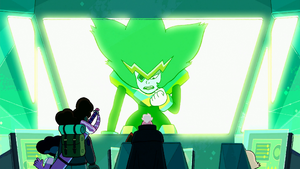 "You're right about that. I won't destroy my beautiful ship." 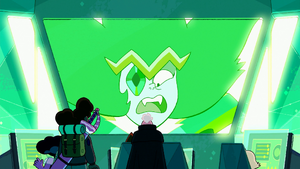 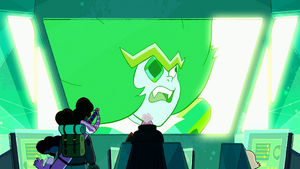 "Aim for their nova thrusters!!" 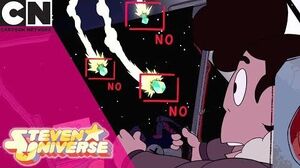