Leader of the Fatal Five

The Emerald Empress is a supervillainess who wields the Emerald Eye of Ekron, a techno-mystical device of vast power.

She employs a powerful mystical item called the Emerald Eye of Ekron, an approximately 2' diameter sphere that obeys her mental commands. The Eye can fly and emit blasts of energy, and allows the Empress to fly as well as survive in space. The Eye's residual energy also gives her super-strength. It causes her to grow to gigantic stature. She is the main antagonist of the Legion of Super-Heroes series alongside Mordru and Time Trapper as well as the leader of the Fatal Five.

The original Emerald Empress was a woman named Sarya, a 30th-century native of the planet Venegar. Venegar (sometimes spelled 'Vengar') was once the site of the highly advanced but long-dead Ekron civilization, whose great scientific secrets were presumed lost. But Sarya came across an ancient map that led her to the hidden Crypt of the Eye. There she discovered the Emerald Eye of Ekron, resting on a green pedestal. Sarya and the Eye quickly formed a symbiotic relationship, and she realized that she could use its almost limitless power to fulfill her wildest ambitions. Within a matter of hours, she conquered her home world and became known as the Emerald Empress. But she proved to be a despotic Truler and the citizens of Venegar soon rose against her in open rebellion.

After Sarya became the Emerald Empress, the Legion of Super-Heroes was forced to confront the even greater menace of the Sun-Eater, which threatened the very existence of the galaxy. The Legion decided they had no choice but to recruit the galaxy's worst super-villains to help them in a common cause. The Emerald Empress was among the villains who briefly joined with the Legion to destroy the Sun-Eater.

Afterwards, they decided to form their own team in direct opposition to the Legion, and so the Empress became a founding member of the infamous Fatal Five, along with Tharok, Persuader, Mano, and Validus. The Empress worked with the Five on many occasions, including several epic clashes with the Legion, but also continued her solo career in further.

The Emerald Empress appeared as the leader of the Fatal Five in the Justice League episode "Far From Home", once again battling the Legion of Super-Heroes. In this episode, the Eye was shown to be more powerful than a Green Lantern Power Ring. Though her costume and appearance most closely resembled the original Sarya version of the Empress, her name was Cera Kesh from reboot continuity. She was voiced by actress Joanne Whalley, who also played Princess Sorsha in the 1988 fantasy film Willow.

The Emerald Empress returned as the leader of the Fatal Five in the Legion of Super-Heroes animated series. Her look and costume was redesigned to match the show's angular style, giving her a thinner and more alien appearance. In this series the Empress was shown to have an almost affectionate relationship with the Eye. After a period when she was separated from the Eye due to imprisonment, she hugged it when it was returned to her. Unlike in other continuities, she was not shown to suffer any negative physical effects whenever the Eye was disabled or damaged. In Season 1 the Emerald Empress was voiced by Jennifer Hale, and Tara Strong took over in Season 2.

Emerald Empress appears in the film as as the leader of the Fatal Five and the main antagonist. She is voiced by Sumalee Montano.

The Emerald Empress has no innate super-powers of her own. But as the wielder of the Emerald Eye of Ekron, she has direct access to its immense power, which she employs in a variety of ways. With it, she can fly and survive unharmed in the cold vacuum of space. At her command, it can attack her enemies with energy blasts powerful enough to take down even the likes of Superboy. It also protects her from attack by generating a nearly impenetrable force field around her. The Empress can also wield the Eye's power to suit more specific needs depending on her situation: it has given her superhuman strength on more than one occasion, and in another instance she was able to use its power to grow to gigantic size. 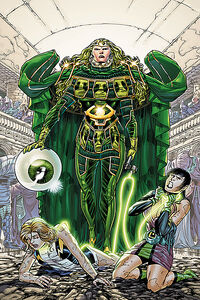 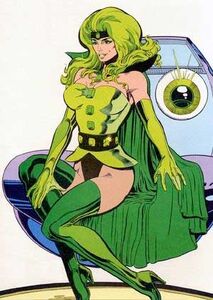 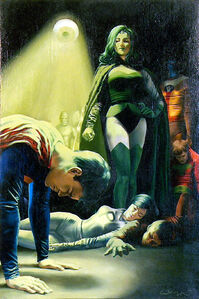 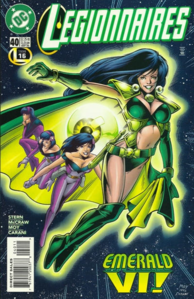 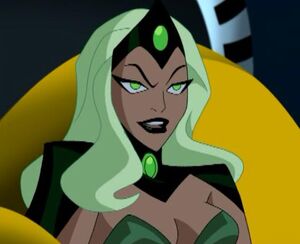 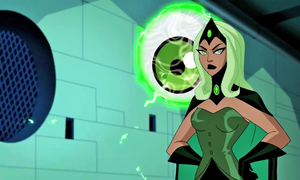 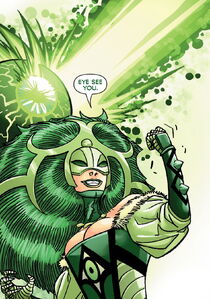 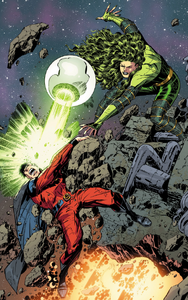 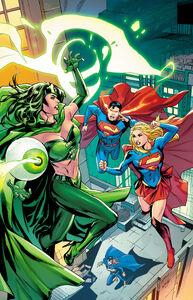 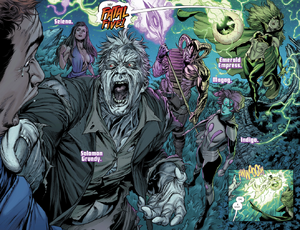 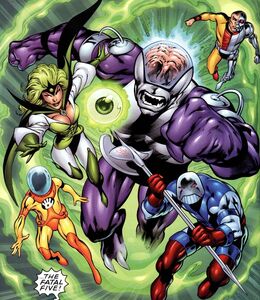 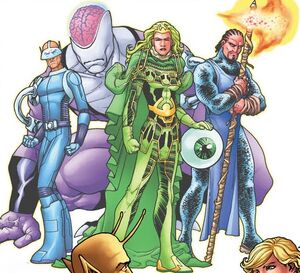 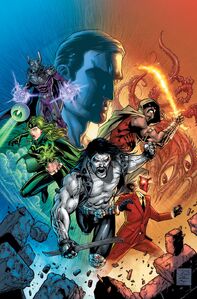 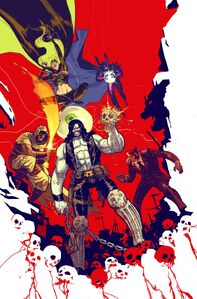