Underboss of the Barzini Family

Doing missions for his father.

Rule New York with his father.(Succeded)

Emilio Barzini, Jr. is an antagonist in Godfather Game. He is is the only son of Don Emilio Barzini and the Underboss to the Barzini crime family.

He was voiced by Joe Paulino.

Born in 1918, Emilio first became involved with his father's business during the Castellamarese War, where he became known as a valuable asset to the family. He was also known to have a cold, calculating streak similar to his father. He held his office at The George's Hotel in New Jersey prior to 1948, where he moved to the Hotel Madison for strategic purposes.

Role in the war

He was known as an expert marksman with a magnum, and often personally carried out hits and missions for his father, in a somewhat similar role to Sonny Corleone, although Emilio was always accompanied by an army of bodyguards, who managed to keep him alive throughout the Five Families Mob War.

Death at the funeral

Emilio managed to stay alive due to his laying low in public, although he attended the funeral of Vito Corleone with his father. He was eventually drawn out whilst holding the funeral for his fallen consigliere, Domenico Mazza at the St. Charlotte's Church in Midtown. The procession was ambushed by Aldo Trapani, who killed the entire army of bodyguards, and killed Barzini the last. 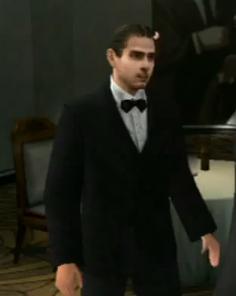 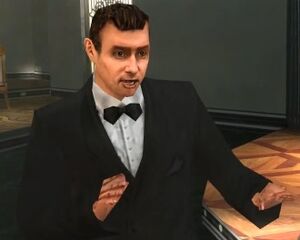 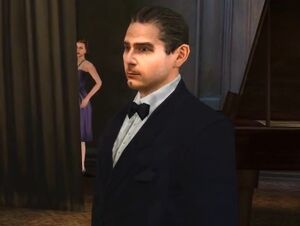 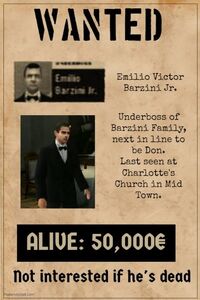