get noticed and show the WWE Universe her true nature

Villainess, Bully, Hero turned to the dark side

Emma is a professional wrestler currently competing in WWE, doing so on NXT and on the main roster. Before joining WWE, Emma competed in several independent promotions, including SHIMMER. She currently as a villainess on NXT.

Emma debuted in WWE in 2012 and competed in a losing effort against Audrey Marie on November 28. After that, Emma was tested out as a villainess, with her gimmick being that of a clumsy, bad dancer. Part of her character had Emma believing that she's a good dancer and being upset at fans jeering her. After a couple of matches as a heel, Emma's dancing actually made her popular with fans, so she was turned babyface as a result.

A month after returning to NXT, Emma began turning into a villainess on March 4, doing so by criticizing Bayley for being "too nice," while claiming that her own niceness got her demoted to NXT. Three weeks later on NXT, Emma again confronted Bayley and rubbed in the fact that she lost to Becky Lynch, saying that it was because she was too nice. She also accused the fans of "lying to her" and "fooling her" and that they will do the same to Bayley. When Bayley stood up for herself, the evil Emma slapped her and left the locker room, officially establishing Emma as a villainess. A week later on NXT, Emma was defeated by Bayley in a singles match, but she would continue to plague Bayley for weeks on NXT, doing so by wearing Bayley's t-shirt and headbands and causing her to lose to Dana Brooke. On the following week, Emma's heel persona increased in her match against Charlotte, which saw her viciously target Charlotte's injured knee during the match, but she still lost to Charlotte and was later on the receiving end of a Belly-to-Belly Suplex from Bayley after the match ended. Emma teamed with Dana Brooke in a losing effort to Charlotte and Bayley at NXT Takeover: Unstoppable on May 20.

On the May 27 episode of NXT, Emma defeated Bayley via submission and later attacked both Bayley and Charlotte, with Dana Brooke's help. In the weekly "NXT BreakDown" exclusive segment, Emma explained her recent actions by claiming that she had been overlooked while Divas such as Paige and Bayley have been elevated over the years on NXT, and now it's finally her turn to be in the spotlight.

Emma is being portrayed as a bitter and jealous heel, as her actions toward Bayley have shown. She is also a bit of a bully as well, which was shown when she mocked Bayley for doing what she loves. 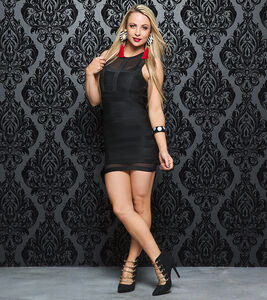 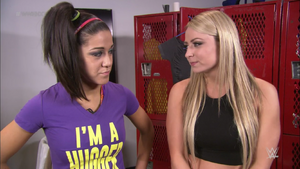 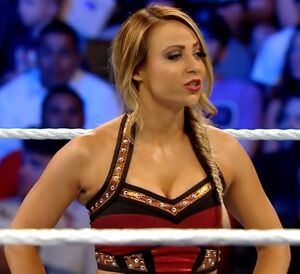 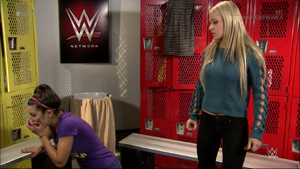 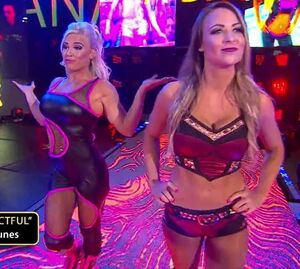 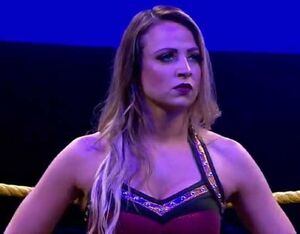 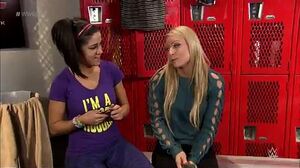 Bayley and Emma Backstage Segment (NXT March 25, 2015)
Add a photo to this gallery
Retrieved from "https://villains.fandom.com/wiki/Emma_(WWE_Diva)?oldid=3453360"
Community content is available under CC-BY-SA unless otherwise noted.