NOTE: This article is about the incarnation of Emma Frost from the X-Men film series. The mainstream version can be found here: Emma Frost.

Member of the Brotherhood of Mutants

Emma Frost is the secondary antagonist of X-Men: First Class, the fifth installment of the X-Men film series.

She is Sebastian Shaw's consort and second in-command of the Hellfire Club and is a powerful telepath as well as possessing her diamond skin.

She was portrayed by January Jones, who also played Elizabeth Harris in Unknown.

When CIA agent Moira MacTaggert was investigating the Hellfire Club in Las Vegas, she infiltrated a function Sebastian Shaw was hosting disguised as one of Frost's dancers. While there, she witnesses Frost turn into her diamond form, which alerts MacTaggert to the existence of mutants and prompts her to contact Charles Xavier.

When Erik Lehnsherr came to kill Shaw aboard his yacht, she went into his mind, hurting him and then throwing him off the boat. She then escaped with Shaw into the submarine. She is shown Shaw's helmet the Soviets had given him and asks her to read his mind, she says that she can not while he is wearing the helmet. Shaw then tells her she is the most beautiful woman in the world, then says that his drink needs ice.

As Emma feels Xavier's telepathy expand, she looks to see whether he is close by and asks Azazel if there is anything on radar or sonar. After he says no, she tells Shaw about it. Shaw tells her to go to Russia while he takes care of the mutants at the CIA.

While in Russia, she uses her seduction skills to get the Russian General into bed. She then uses her telepathy to make the General believe that he and Emma are groping and kissing one another, with her sexually straddling him on his bed, wearing only her lingerie, but she is really sitting and eating crackers, watching him hugging and kissing the air. Xavier and Lehnsherr barge in and she turns into diamond form. She attempts to escape but Charles and Erik stop her and Erik makes the metal bed hold her. Magneto starts to crack her diamond form but Charles tells him to stop. Under the pressure, her diamond form starts to break but after the release, she goes back to normal form. She then gets sent to the CIA headquarters.

After the death of Shaw, Lehnsherr (now known as Magneto) starts his own team called the Brotherhood of Mutants and invites Emma to join after setting her free. Seeing her remaining Hellfire teammates with Magneto, she accepts.

Erik mentions that Emma Frost, along with Azazel, Banshee and Angel Salvadore had died in between 1962 and 1973 and blames Charles for their deaths. She was among those experimented on and killed by Bolivar Trask, since Mystique seeks revenge on Trask and a Sentinel is shown to use her powers. 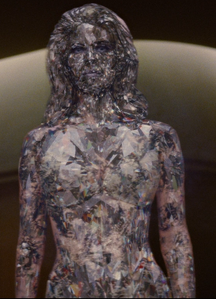 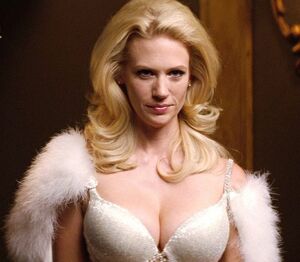