Villains Wiki
Register
Don't have an account?
Sign In
Advertisement
in: Once Upon a Time Villains, Fantasy Villains, Female,
and 40 more

Emma Swan, also known as the Savior and formerly known as The Dark One or The Dark Swan, is the main protagonist of ABC's Once Upon a Time. In a selfless act to save Regina Mills from the darkness, Emma became the new Dark One. She is the main antagonist of the fifth season, until Birth.

She was portrayed by starring cast member Jennifer Morrison.

Emma is a deeply damaged and very conflicted woman. She is a survivor and used to being a loner, and therefore a sucker for the underdog. Against her better judgment, she will compromise herself to fight for what is right and to help those in need. She is strong, energetic, influential, and aggressive, but her brokenness and her emotions are not buried far beneath her tough exterior. Her first reaction to most things is anger, but she has spent her life trying to manage her temper. She is both rash and calculated, and is forced to deal with her instincts to protect her child, a child she believes she is not capable of mothering. In the simplest form, Emma is a list of contrasting qualities; She is hard and soft; she is intense and easy going; she is strong and vulnerable; she is safe and dangerous; she is logical and impulsive.

After letting the darkness from the previous Dark One (Rumpelstiltskin) consume her, Emma is under the constant influence of dark urges but has since been able to hold back mostly. While she has gained ruthless qualities such as ripping out Merida's heart to control her and sending her after Belle to manipulate Rumplestiltskin, she still cares for her loved ones and everything she did was to turn herself back to normal, though she put up a vengeful and entirely evil facade to keep her family and previous dark ones from getting in her way. But rest assured, she was actually a good guy the whole time, though she would have turned dark forever had she killed Zelena.

Fearing the potential that Emma will grow up to be a villain, Snow White and Prince Charming perform a spell to transfer all of Emma's darkness into Maleficent's daughter Lily, then they banished her into the real world.

Emma grew up to be a valiant hero, who became known as "The Savior" managing to break the First Curse and aid in the battle against Zelena, allowing Regina Mills to break the Second Curse. But eventually, Rumpelstiltskin makes other plans for her; he wanted to unleash Emma's darkness for his own benefit and recruited Maleficent, Cruella and Ursula to help him. With a "Dark Savior" running around, they could use her blood as ink for Isaac Heller, the Author, so he could re-write everyone's stories. But the plans change when Rumple finds another way to get what he wants. But Emma isn't out of the clear. The Darkness inside Rumple is released and the only way for Emma to stop it is to let it consume her. Emma does so and takes the title formerly held by Rumpelstiltskin: the Dark One.

Reappearing in the Enchanted Forest, Emma finds herself garbed in a cloak and a manifestation of the Dark One's power in the form of Rumplestiltskin, who can take the form of all the past Dark Ones, tempting her with evil. To get to Camelot, Emma asks a peddler for directions, but he wants money. When he continues to raise the price, she shouts at him desperately, unintentionally choking and levitating him. Later, Rumplestiltskin describes a place where she can find Merlin and asks her to picture it in her mind, leading Emma to blink herself there. He directs her to capture a nearby will-o-wisp, which can locate Merlin, but Merida grabs it first. Emma explains why she needs the wisp, while Merida agrees they can fight in hand-to-hand combat for it, as long as she doesn't use her bow and Emma doesn't use her powers. Not wanting to give into her own darkness, Emma refuses, asking her to take the wisp and go. Instead, Merida offers to give her the wisp after she is done with it at the Hill of Stones. As they travel to the stones, Merida tells Emma about going to save her kidnapped brothers, and her desire to wage war with the clans if necessary. After camping for the night, Rumplestiltskin tells an insomniac Emma that Merida will become the wisp's owner after using it, and it can never be used by another again. Merida overhears Emma talking to herself, and believing the blonde will betray her, sneaks off in the morning to use the wisp. Emma tries to persuade Merida that she means no harm, but the latter begins firing arrows at her. Emma catches each one, becoming more agitated every time, while Rumplestiltskin urges her to kill Merida's heart to get the wisp. Eventually, Emma rips out Merida's heart, after magically pulling her close, and begins crushing it, when Hook, Robin, Regina and her parents arrive, convincing her to return the heart. Merida, having no hard feelings about what happened, thanks Emma for helping her see she should be merciful to the clans rather than kill them. Mary Margaret tries to give Emma the dagger so no one can control her with it, but Emma hands it to Regina, asking her to do what needs to be done if she ever goes too far, and Henry reassures her that it won't happen. After regrouping with the rest of their party, they are approached by King Arthur and his knights, stating that Emma and her allies are the ones who will reunite them with Merlin, before taking them to Camelot.

King Arthur introduces the group to his wife, Guinevere, and proclaims to have a ball in honor of their new guests. He shows them the Tree of Merlin, which is Merlin himself, having been transfigured into a tree long ago. Arthur asks who the Savior is that was prophesied to come and free Merlin. Emma tries to take the responsibility, but Regina uses the dagger to prevent her talking and sets herself up to be the Savior, so as to prevent Emma from using dark magic to free Merlin. At the ball, one of Arthur's knights, who knows of Regina's previous deeds as the Evil Queen, tries to kill her, but Robin Hood blocks the blow and is fatally wounded. Emma, giving in to Regina's pleads, uses dark magic to save Robin. After she leaves, she meets Rumple again, who tells her that she liked using dark magic, and that is why true love's kiss won't break the curse.

Because Dark Ones don't need sleep due to their magic keeping them energized, Emma begins carving and fashioning dreamcatchers. One night, Rumplestiltskin tricks her into entering Regina's room, where the dagger is calling for her, but Emma refuses to do so.

Six weeks later, a cyclone whisks the diner and everyone in it back to Storybrooke, though their last recollection is entering King Arthur's castle. Emma, clearly changed from her past struggles with accepting her darkness, enters. Regina tries to fulfill what Emma asked her to do if she ever went too far, but Emma reveals she has the dagger now. Before her former loved ones and friends, Emma professes that she will make them pay for what they did to her. 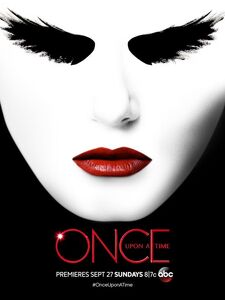 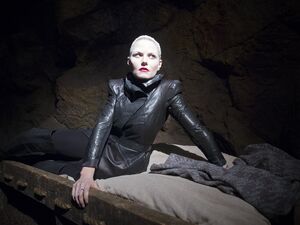 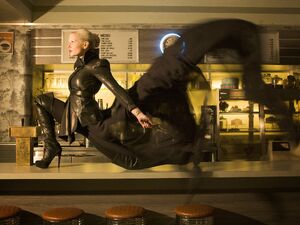 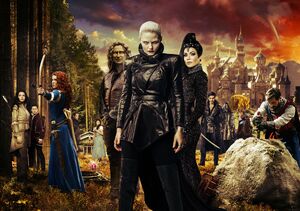 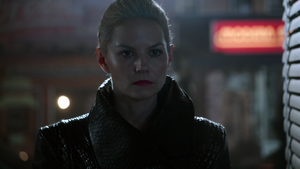 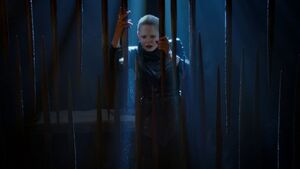 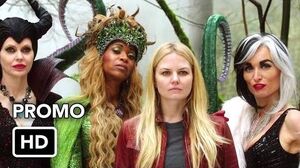 Once Upon a Time Season 4 “Dark Side” Promo (HD) 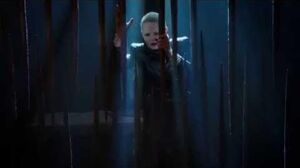