Ruler of the Hundred Demons Empire

Subjugating those weaker than him.

Dominate the planet with an army of Oni.

Emperor Burai is the ruler of the Hundred Demons Empire and the main antagonist of Getter Robo G, the sequel manga to Getter Robo, he reappeared as a minor antagonist in Shin Getter Robo.

He was voiced by Joji Yonami in the original Getter Robo G anime.

Sadistic and ruthless, Burai has no problem in slaughtering other people in his conquest of the world. And Burai took great joy in it, as shown when he is activating the traps of a building to kill the people in it that is secretly built by his empire. Burai is also a great fan of dirty tricks, not hesitating to use hostages to stop his enemies from attacking, even having his minions to gun down a few hostages as an example to show that he is serious. Overall, unlike Emperor Gore, Burai is a heartless warlord that is willing to do anything to accomplish his goal.

Burai was once an unnamed scientist who was part of an expedition to the Arctic, where his research team had discovered a crashed UFO (later revealed to have belonged to the Andromeda Country). As they were excavating it, one of the brains inside the downed spacecraft merged with the scientist and granted him immense power, transforming him into Emperor Burai. After murdering the other members of the research team, Burai began building an army of "demons" by brainwashing humans and converting them into his footsoldiers to conquer the planet.

Burai first appeared near the end of the Getter Robo manga where he had his Hundred Demons Empire intervene in the battle between Getter Robo and the Dinosaur Empire. After Gore's final attack against the Saotome Institute was thwarted, Burai had one of his Hyakki Beasts kill Gore rather than allow him the honorable death he desired against Getter Robo G.

With Gore out of the way, the only obstacle in Burai's path was Getter Robo G, the successor to the original Getter Robo. One of Burai's first plan of destroying Getter Robo G is to have Ryuji, Hayato Jin's cousin, who transformed himself and his followers into cyborgs brainwashed to attack the Getter Robo G, forcing Hayato to kill his cousin.

Later, Burai was invited by Jyuboki to a building that is sponsored by the Hundred Demons Empire, as the later let Burai to control the traps in the building to kill the people inside the building, which includes gassing. However, when they were attacked by the Getter Robo G, Jyuboki was killed while Burai fled.

Later, Buari attempted to merge with an oni-brain, but was stopped by Getter Robo G.

Soon, Burai orderd Hidler to obtain some man-made virus after he had an oni spy to crash a plane that had the virus so that he could spread it. However, Burai's plan foiled when Getter Robo G destroyed Hidler's shuttle.

When the Atlantean construct Uzahra was uncovered, Burai sought to gain control of the machine in order to use its power for the Hyakki Empire's conquest and ordered his men to slaughter all of the Atlanteans inside of it. At the same time, when Getter Robo G was busying dealing with Uzahra, Burai took over Tokyo and held its citizens hostages so that the Japanese army and Getter Robo G couldn't attack them. In order to make them knew he was serious, he had some of the hostages executed.

However, the remaining Atlanteans teamed up with the Getter Team to use Uzahra's power against Burai's forces. Burai was ultimately killed when G destroyed the Hyakki Empire's Fortress Island base with his Shine Spark after Uzahra lifted it into space.

After the destruction of the Hyakki Empire, Buari's remain was collected by the Andromeda Country, which gave Buari a robotic body and sent him to kill the Getter Team, after landing on Earth, Buari combatted the Getter Team, but he was no match for them and was quickly ripped apart by the Shin Getter 3, finally killing him once again. 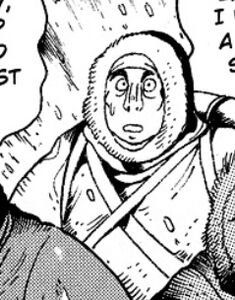 Burai when he was a human. 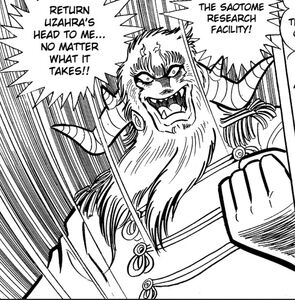 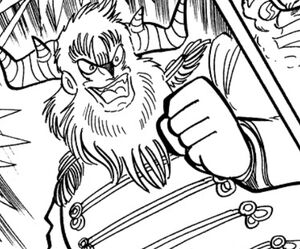 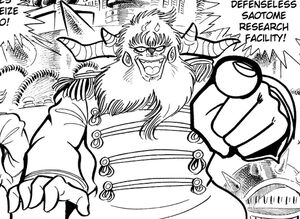 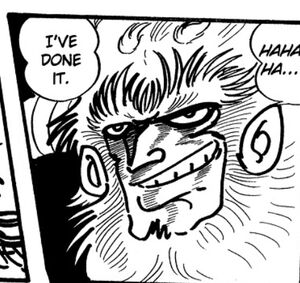 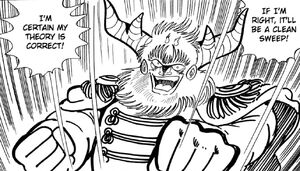 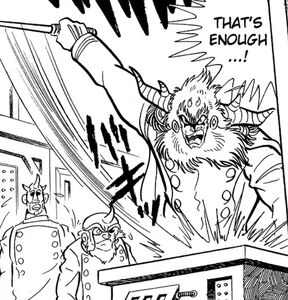 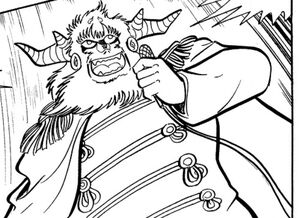 Burai telling the Getter team that he held the population of Japan hostage. 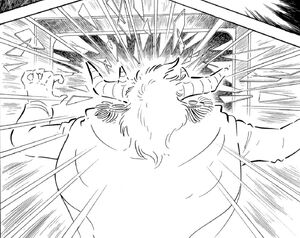 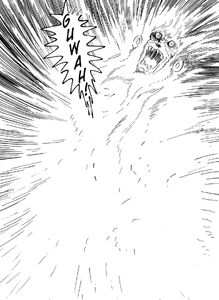 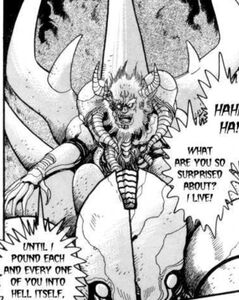 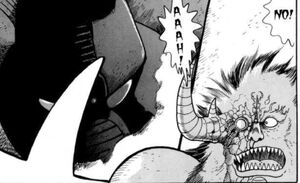 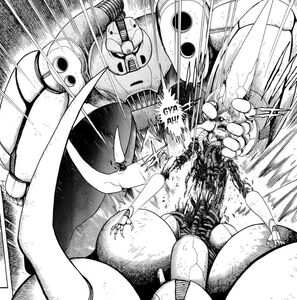 Burai's second and final demise, ripped apart by the Getter 3.
Add a photo to this gallery

Retrieved from "https://villains.fandom.com/wiki/Emperor_Burai?oldid=4072340"
Community content is available under CC-BY-SA unless otherwise noted.