Malthazar
The Evil M
The Devil
M the Magician (disguise)

Arthur and the Invisibles

Maltazard was a brave and proud knight in his youth, attaining several titles, and regarded by the Minimoys' king as a surrogate son. In a drought lasting a Milliem (equivalent in their calendar to a year), he was sent with a small band of troops into the wasteland beyond the seven kingdoms, in search of water. There, Maltazard faced several unknown dangers, bloodthirsty tribes, hideous creatures, and scalding heat. When he finally found water, he was the only remaining member of his team, and the tragic event twisted his young mind. He returned with the water and riches he captured, carried on enslaved creatures defended by mercenaries, but to find himself replaced by a new hero named Archibald, who brought scientific study and new philosophies that made fighters like Maltazard no longer necessary.

His forces were disbanded, his slaves were released, his spoils divided, and his precious sword plunged into a stone. When Maltazard complained, he was simply told to study the book of Archibald's teachings, which he refused. Maltazard was shocked by his own people creating such things without him, and sought sanctuary in various pubs telling his story to whomever would listen, every day going further in anger and depression among the worst of creatures, until he was seduced by a weevil and received a poisonous kiss that corrupted his body and confirmed his madness, and assembled an army to invade his former homeland.

Maltazard, along with Darkos (the son of Maltazard by the weevil) and their soldiers, guard rubies that Arthur needs to stop his grandparents' house from being demolished. He wished to kiss the Minimoy princess Selenia, so he could gain her powers and cure his corruption, but upon learning she has already kissed Archibald's grandson Arthur, he imprisons Selenia, her brother Betameche, and Arthur; only to have them escape, with the help of Archibald. Maltazard tries to flood the Minomoys' land, but is defeated by Arthur and the Minimoys and abandons Darkos and the soldiers to drown.

During the final movie, he and his force manage to grow to human size and decide to conquer the human world. Unfortunately, Maltazard's ignorance about human's superior technology cost him and his army since a small US army platoon come to the town and wipe out all his force and he is shrank back down to his mini-size. He is now imprisoned in the jar in the kitchen of Arthur's house. 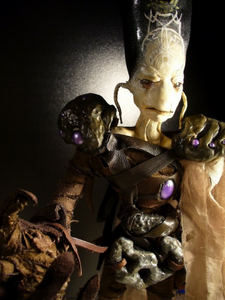 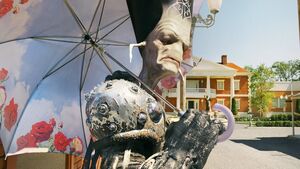