King of the Cacti

Ability to rule an army of Spinetinglers

Hitting Thistle on the head.

Destroy the forest and make it a desert (failed).

Emperor Spine (also simply known as Spine), also known as the Cactus King, is the (former) main antagonist of the 1986 Croatian-American animated musical film The Elm-Chanted Forest (Čudesna šuma; also known as Fantasy Forest in the U.S.). He is the tyrannical king of the Cacti. He also has his henchmen; Crow, Spinetinglers, the small wizard named Thistle, and the Executioner named Le Guillotine.

He was voiced by the late Josip Marotti in the Croatian version, and Paul Powers in the English dubbed version.

The next morning during his royal feast, Baron Burr flies to the castle and approach to Spine. Baron Burr tells Spine about his prophecy which is a riddle. Baron says that no man shall rule the cactus taint until the forest runs with paint, but when it comes that dreaded hour, the hopes of Cactus King will flower. However, Emperor Spine doubts about it but he cannot stand against the wind but must learn to bend, but he refuses to do so. If Thistle will not find the painter named Peter Palette and Thistle redeems himself. Emperor Spine was so furious, but he will make an effort to destroy the forest.

He went to Firebug, King Neptune to use them to destroy such as burning and flood the whole forest. They did not want to do it, but they had no choice whatsoever. Emperor Spine sends the Executioner to kill Thistle, because of his betrayal. The Spinetinglers brings Thistle and throw him into the dungeon. The mole and the beaver were going to rescue Thistle to escape. Emperor Spine was very angry, so he sends out the Spineroller to destroy the forest once more when the sun rises.

When the painter spills the potion into Spine's mouth, he changes into a Cactus Flower King. His skin color changes from red to pink and his spikes changes into flowers. His green eyes turn blue and he uses his magic powers in order to stop everything destructive and the Spinetinglers disappeared once and for all. Emperor Spine eventually became a Jolly Cactus King, he made a persuasive speech to the animals everywhere in the forest. He proclaims a great festival to let this be a time of peace and good feelings for everyone. Emperor Spine knows soon that there will be many beavers in the fantasy forest.

Emperor Spine is miserable, cruel, heartless and manipulative. He is an evil and oppressive tyrant who wants to turn the enchanted forest into a desert. He is shown to be abusive and violent when he hits Thistle on the head. Although he is shown to be caring with his cowardly henchman, Thistle does not want him to destroy everything around the forest. The thing that Emperor Spine is used to hate the most is Beavers. The Cactus King plans for Thistle to bring the Painter to his castle for lunch. 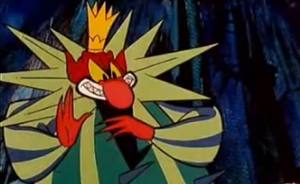 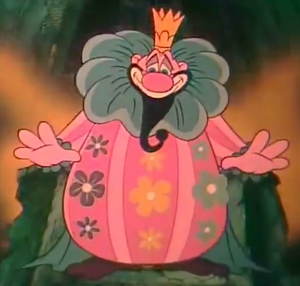 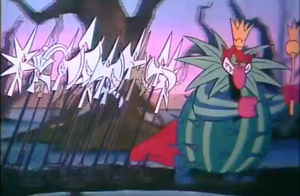 Emperor Spin with the army of Spinetinglers. 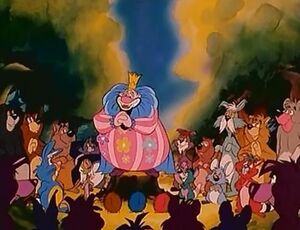 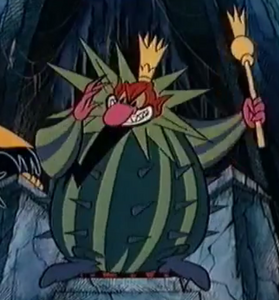 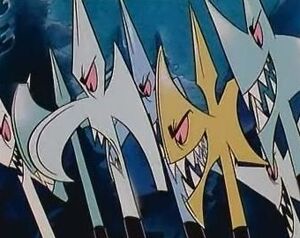 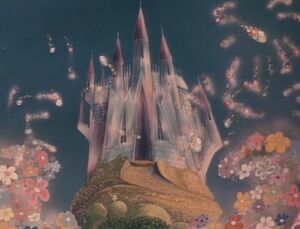 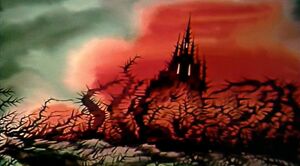 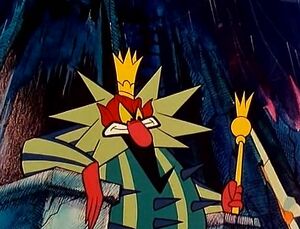 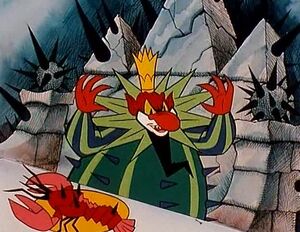 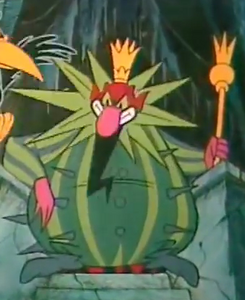 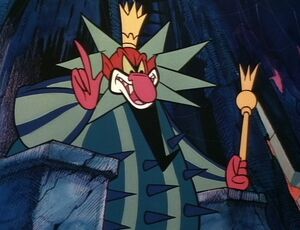