Win a race against his opponents and retain his title as emperor.

Emperor Velo XXVII is a character of the Crash Bandicoot video game series and the main antagonist of Crash Nitro Kart. He is the ruthless alien emperor of an unnamed extraterrestrial empire made of different planets under the dominion of his thrill-seeking goblin-like alien race. Apparently, he has no problem to destroy entire planets if he does not get what he wants and cannot accept defeat.

He is voiced by Steve Blum in Crash Nitro Kart, and André Sogliuzzo in Crash Team Racing: Nitro-Fueled.

Velo has great power and influence over the galaxy and is known by other alien races, including the planet Gasmoxia, the homeworld of Nitros Oxide. Some time after Oxide's defeat, Velo decided to entertain his subjects and himself by challenging Earth in his own game. Velo has various alien races at his service, including the robots inhabitants of Teknee. He has a Coliseum at the top of his planet which resembles his head.

One day, Velo has the Bandicoots and Cortex's group abducted by force as they were minding their own business. As soon as they arrive in his Coliseum, he introduces himself and shows them how he was told about their deeds through Oxide and N. Trance, the latter having already taken Dingodile and Polar (with Pura as an extra playable) in his team via hypnosis. Velo blackmails the Bandicoots and Cortex's team by forcing them to participate in his race competition through various planets of his own choosing. Velo would not easily take a refusal for an answer, stating that he would destroy Earth in that case, so both groups accept to race against each other and the teams of Oxide and Trance. Velo makes them karts representing their respective team.

During the game, Velo has his competitors racing through 4 planets: Terra, Barin, Fenomena, and Teknee. The boss champions of each world (Krunk, Nash, Norm, and Geary) challenge the winning Team (by player choice). Whether Team Bandicoot or Team Cortex, as the game's story progresses the winning group will earn the love of Velo's subjects and Velo's surprise at their skills and resistance. Once all the races and bosses are beaten, the winning team has to face Velo, who claims that he has never lost a single challenge in his life.

If the player has not acquired all the time relics to each of the courses, upon his defeat, Velo starts to get enraged but then collects himself to admit his defeat, and, true to his word, allow the racers to go free. But, also true to his word, he declares the Earth to be planned for destruction since they refuse to race anymore. The characters are forced to keep on racing and Velo allows them a rematch, but only if the player gets all the time relics. Once it's done and the player defeats the emperor again, Velo throws a fit, much to the fear of his subjects, then he suddenly explodes literally. The Velo the Terrestrials raced was just a robotic suit, much to the shock of his own subjects. The real Velo, as it turns out, is actually a small goblin, much like the subjects of his own planet. With the Team Bandicoot, Velo allows Crash and his friends to take his scepter and Crash to rule his whole empire as his successor, but Crash just wants to return home and gives it back. Velo just sends Crash and his friends back to their home in south Australia. With the villainous Team Cortex, an enraged Velo refuses to give his power to Cortex and fights him to have it back until Tiny Tiger stops him. Then, without further words to the aliens, Cortex just teleports away with his henchmen only to end up back to Terra instead of Earth.

Regardless of the Team chosen by the player, Velo will be allowed to get off scot-free.

Velo (without his robotic suit) reappears as one of the game's playable characters. He is also one of the racers who does not appear in the original CTR. He can be unlocked by purchasing him at the Pit Stop using Wumpa Coins. Velo is a Turn class driver.

Velo is shown to be a completely arrogant jerk with an ego so large that he has his Coliseum shaped into his own head and his face tends to appear often around the planets under his rule. He speaks about himself as "the most accomplished in the entire galaxy". He is extremely confident, bossy, and abusive towards his own subjects. His subjects seem to love him, while the other species are shown to fear him. Velo hates being disappointed and will punish and/or humiliate those who fail him. He is also shown to have no respect for less technologically developed races, as he calls Terrestrials "savages". Apparently, he has no problem with destroying entire planets and killing other races if his imperial whims are not satisfied. In his more intimidating robotic suit, he is shown to be calculating and able to control his rage and not act pathetic when he loses. However, when the real tiny Velo is revealed, he is shown to be pouty, angry, impetuous and childish with a healthy temper, much like Neo Cortex. Velo's personality in fact clashes with Cortex's to the point that he is more hostile towards him than he is to the friendlier and more innocent Crash. 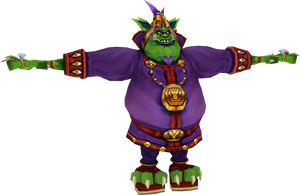 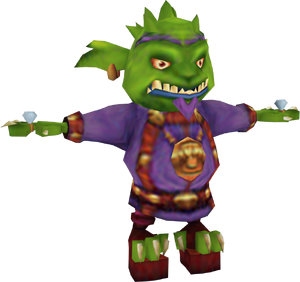 Model of the actual Velo. 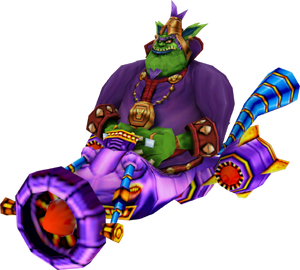 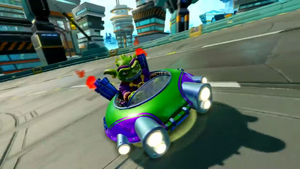 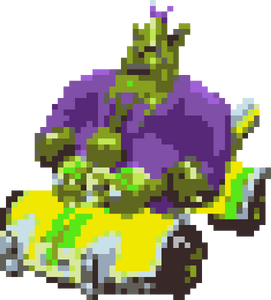 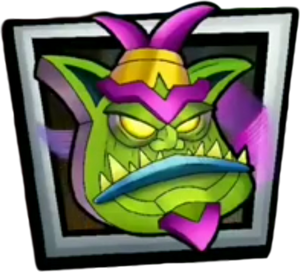 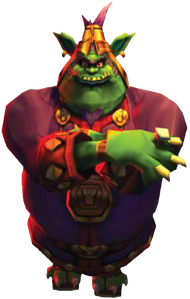 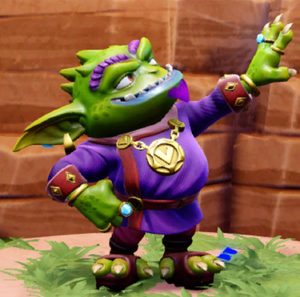 Retrieved from "https://villains.fandom.com/wiki/Emperor_Velo_XXVII?oldid=4080535"
Community content is available under CC-BY-SA unless otherwise noted.