Leader of the Shadow Line

Plunge the world into darkness (failed).

Emperor Z, also known as the Emperor of Darkness, is the evil leader of Evil Army Shadow Line and the main antagonist of Ressha Sentai ToQger.

He was portrayed by Kengo Ohkuchi, who also played Sōsuke Aizen in live musical adaptations of Bleach.

Raised by Marchioness Morc, Z's arrival in the human world was being prepared by the Shadow Line while Baron Nero opens a path connecting their railway to Z's location. However, unlike his subordinates, a moment in Z's life changed his ideals forever as he developed an obsession with light. This unhealthy obsession lead to him leaving his Kurainer prematurely to see the human world, meeting Right and realizing he and the ToQgers are those who were swallowed in darkness before he is forced to be carried by his followers when he begins to die from being in the light for too long.

Meeting his future wife Miss Gritta, Z fell in love with her eyes as he redecorated Castle Terminal to suit his taste. But while he first appeared to be clueless to the treachery of Madame Noir and the agenda General Schwarz, Z played them both by feigning ignorance so he can absorb Gritta to obtain her inner light. Though he now wants the ToQgers' light, Z is warned by Mork not to allow himself to end up being consumed by their light.

He later kills both Noir and Schwarz for disobeying his orders out of the demand that Gritta be released from his grasp. This would make him absorb their darkness and sink the ToQgers' childhood hometown of Subarugahama into the darkness underneath the ground, as well as summoning multiple Kuliner Robos to attack the ToQgers in order to buy him more time to retreat to the Castle Terminal.

When Gritta leads the ToQgers on a raid to Castle Terminal, Z battles Right in a one-on-one duel. Eventually, he somehow forgot their first encounter but was shocked to discover that Right's attempt to transform causes the darkness inside him to manifest, Emperor Z regains enough of his memory to remember that the light he saw in Subarugahama was Right himself and is shocked to find the youth transformed into a dark-version of his ToQ 1gou form. While in the middle of the fight, Nero and Mork spirited Z in their Kuliner. Emperor Z finds Gritta and learns that her actions for betraying him and relocating the Castle Terminal were an act of mercy and pity to him. After apparently killing Gritta, now intent on destroying all light if he cannot have it, Z-Shin decides to mount an assault on the world and orders Castle Terminal to surface. He was challenged by ToQ 1gou of Darkness during his final raid on Castle Terminal as he emerging to greet him. After Emperor Z inquires about Right no longer having his inner light, the two begin their fight with Z-Shin derailing the Ressha when the Conductor, Ticket, and Wagon attempt to run him over. Once ToQ 1gou is defeated, Z-Shin has Castle Terminal transform into the Behemoth of Darkness that blankets the entire city and Subarugahama in darkness before Emperor Z leaves a powerless Right to waste away in the dark. Eventually, the other ToQgers joined the battle as they defeated the remaining Shadow Line armies. After Emperor Z is hit by the Yudou Rainbow Rush, Nero and Morc sacrifice themselves for their leader to restore his power by absorbing their darkness. However, the other ToQgers give ToQ 1gou their Ressha to use them, combined with the Hyper Ressha to become Rainbow ToQ 1gou. This allows ToQ 1gou to overpower Z-Shin with all of his power before he and his friends use the Daikaiten Cannon for the final blow. Returned to his usual form, the dying Emperor Z finally gained his light after seeing a rainbow (much like Zaram), before he explodes into a torrent of darkness that is gathered by Gritta, revealed to having been spared by him, as she brings the reconstituted emperor back into the darkness. Gritta holds his hands, advising him that light cannot exist without darkness and vice versa. 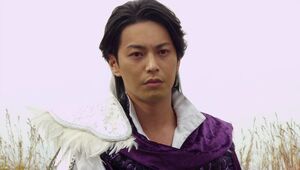 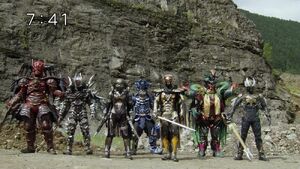 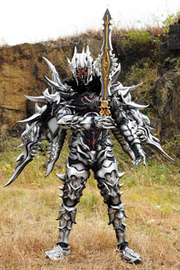 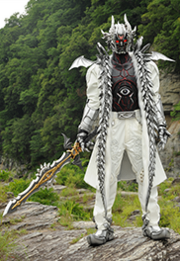 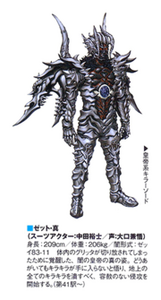 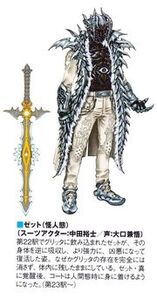