Emperor of the Galra Empire

Paladin of the Black Lion(formerly)
Leader of Voltron (formerly)

Claim Voltron and the Black Lion in order to create a new rift between universes and to open a new gateway into the quintessencefield.
Kill the Paladins, Princess Allura, their allies and Lotor.

He was voiced by Neil Kaplan, who also voiced Madara Uchiha in the Naruto franchise and Hawkmon in Digimon Adventure 02.

Originally, the Black Paladin of Voltron named Zarkon hungered for power and began to expand his rule. King Alfor of Altea hid the Lions of Voltron from him, and thus Zarkon began his campaign of terror unopposed.

Allura's surprise on learning that Zarkon still lives after so many millennia suggests that his lifespan is unnatural to the Galra species; it is currently unknown how he has managed to survive for so long. It is hinted that his absorption and harvesting of Quintessence may be partially responsible due to its regenerative properties, as witnessed by Keith when a container of the substance ruptured and healed his horribly burned hand.

Driven by a "might makes right" sense of entitlement, Zarkon is a firm believer in a survival of the fittest philosophy, espousing that if half a platoon or fleet were slaughtered that the survivors would have been stronger for it. He truly believes that weakness is an infection and must be eradicated and that only the strongest have a right to live and that the weak exist only for the strong to become stronger by stepping along them like a brick road built of their broken bodies.

Zarkon's knowledge and past history as a Black Paladin is repeatedly hinted at, as he repeatedly states he knows the power of Voltron better than anyone. This cryptic phrasing indicates that he has piloted the Black Lion in the past, and given how Zarkon is a calm and collected natural leader, these qualities would certain make him worthy of controlling the head of Voltron. During his battle with Shiro he even expresses a small degree of nostalgia upon seeing the Black Lion. All of these instances point towards a distinctly plausible past as a Paladin. This was explicitly revealed in the last episode of Season 1.

Throughout the first two seasons, Zarkon seeks to reclaim the Black Lion, using Haggar's spell with his connection to the Black Lion to track it, until Shiro weakened their connection by strengthening his bond with the lion. At the end of the second season, Zarkon fights Voltron inside a giant mech, but is defeated. Though presumed dead by the Paladins, he survives, but is in a coma and put on life support by Haggar.

At the end of the third season, Haggar reawakens Zarkon. In the fourth season, Zarkon is equipped with cybernetic armor, reclaims the throne, and relieves Lotor, who had ruled in his absence, of his position. When Haggar uses Narti to spy on Lotor, Zarkon discovers that Lotor is planning against him, and orders him killed on sight. This leads to Lotor allying with the Paladins.

In Season 5, Zarkon attempts to bargain with the Paladins by trading Pidge's father, Sam Holt, for Lotor; however, Zarkon doublecrosses them, as the bargain was in fact, a trap to destroy Paladins once he acquired their Lions. Fortunately, thanks to Lotor's warning before the exchange, Shiro outsmarts Zarkon by smuggled his bayard to Lothor, allowing him to keep Zarkon busy as they extracted Sam by force. Lotor fights Zarklon in a duel, to which Zarkon uses two vials of quintessence on his armor to power up and gains the upper hand, nearly killing Lotor, but Lance, Hunk, and Allura intervene. Zarkon turns his weapon on the lions and Paladins to destroy them, but before he can, Lotor impales Zarkon with a spear, finally killing him once and for all.

Zarkon is a cruel, ruthless, power-hungry and manipulative tyrant who has no care for other alien races and his own allies, and has a hatred of weakness, which he expresses prominently by forcing peaceful and weaker beings to fight in his gladiator arena battles against his stronger fighters. His utter hunger for power comes with his need to constantly absorb Quintessence and his obsession in claiming Voltron; however, Zarkon also despises waste and inefficiency, which means that even though he commands a massive military to fulfill both of these goals, he would fund and sponsor Haggar's experiments in harvesting Quintessence directly from planets while he focuses his military resources in capturing Voltron.

It should be noted, however, that the malevolent Zarkon everyone know and feared wasn't a monster to begin with. As told by Coran, Zarkon was once a far more noble soul in his early life as a normal Galra. While still quick to anger and rather stuck up, Zarkon had good intentions throughout much of his life; he cared deeply about the safety of his people and home world and fought tooth and nail to ensure the safety of the Galrans. Moreover, Zarkon loved his wife, Honerva more than anything else, so much so that he was willing to betray his allies and dear friends for her well-being. Sadly, his growing obsession to quintessence led him to the path of his eventual death and rebirth into a corrupted immortal tyrant and monster he unfortunately became, all of which happened after the Paladins' expedition into the Rift where he and Honerva, AKA Haggar, suffered overexposure to quintessence and dark creatures of an alternate reality.

The corruption that altered Zarkon into an evil tyrant was far worse than it affected Haggar to the point that, while he retained his memories as a normal Galra, he lost his ability to be a kind and considerate person, let alone to be truly compassionate to others and understanding bonds between one and another. Testaments to Zarkon's dark transformation are his eagerness to turn against his own allies if it suits his needs, not comprehending the fact that the bond with the Black Lion could only become stronger through mutual trust, ruining countless lives across the universe (if not outright killing them), having no true attachment to his son Lotor, and purposely lying to Voltron Team that he will let Pidge's father go on the condition that they give him Lotor so he can kill them in their moment of weakness (though the team and Lotor had foreseen this beforehand, so they chose to outsmart the tyrant rather than give him what he wanted). Worse, Zarkon also no longer shows concern for his people's well-being due to his pursuit of power, resulting in some Galrans forming the Blade of Marmora to oppose him in the first place. Since his near-death experience as a result of defeat at the hands of Voltron in events of Season 2, Zarkon appeared to develop a severe superiority complex as Lotor rightfully pointed out in their final battle. All in all, the young and idealistic king Zarkon used to be was dead in more than one way.

As the former Black Paladin, he possesses the Black Bayard as his personal weapon. His skill with it goes beyond mastery, as Zarkon is capable of using the Black Bayard to create massive guns, dense energy shields, axes, swords, and chain blades, fluidly changing its form repeatedly and without breaks or hesitation. Given his extremely long life, he has had ample time to gain total control of the weapon and understand all there is to know about wielding it.

Zarkon is able to commune and connect with the Black Lion from distances that are utterly unheard of, and so was able to track it down repeatedly. He is also skilled at using these augmented mental abilities of his to psychically duel someone for control of the lion, which he has shown great proficiency in. However, after losing to Shiro (with the Black Lion's aid) in psychic combat his link to it was greatly diminished even with added power from Haggar and the Druids. Zarkon would only be able to temporarily reconnect with the Lion when Shiro reopened his link to draw the tyrant into a trap.

Zarkon's abilities with the Black Bayard extend to its usage within his giant mech-suit, able to use its standard sword form along with its chain blade mode. This shows not only his great combat skills, but also his capabilities as a pilot as well.

Interestingly, during his battle with Keith, Zarkon displayed the ability to survive in a vacuum. This indicates that Zarkon's Quintessence-enhancement treatments have left him not only with a lifespan that exponentially exceeds that of unaltered Galra biology, but also with the ability to withstand environments that would easily kill any other member of his species.

Zarkon's Quintessence-enhanced body is also capable of withstanding prolonged combat with the Red Lion, indicating a massive enhancement in strength as well, as even Galra ships have been destroyed by less than what Keith unleashed on Zarkon. The limits of the Emperor's augmented biology are unknown, but they are unmatched by any other humanoid in the series thus far. However, Zarkon was rendered comatose after his fight with Voltron using his life-threatening and unstable mech suit. So, while certainly strong, seemingly bordering on immortal, Zarkon can indeed be overwhelmed and defeated.

While a strategist of considerable skill, Zarkon's tendency towards single-focused aggressive and repetitive tactics and his obsessive nature over Voltron leave him vulnerable on the battlefield and easily predictable. 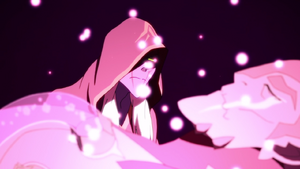 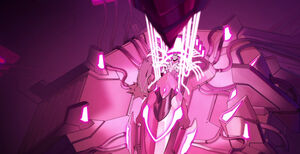 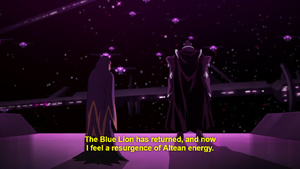 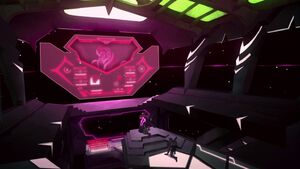 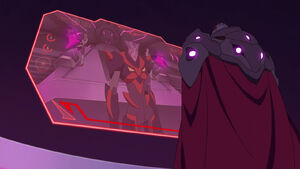 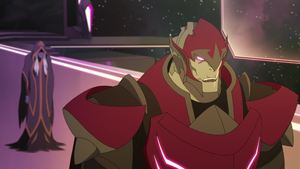 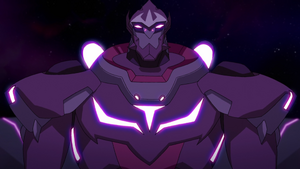 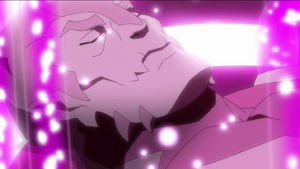 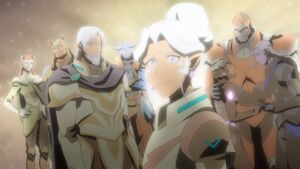 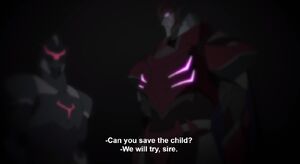