Exploring and ruling his territory.

Destroy Skypiea when things did not go his way (failed).

Reach the Moon (succeeded).
Rule the inhabitants on the moon.

He is voiced by Toshiyuki Morikawa in Japanese and Wayne Grayson (4Kids) and J. Michael Tatum (Funimation) in English.

Enel thinks of himself as an invincible god. He believes that he is a divine and immortal being, with the authority to do, take, or destroy whatever he pleases and is capable of doing anything. As the result, he appears fearless, childish, arrogant, and without a care in the world. Enel holds no regard for any life except his own, and has no moral qualms about killing thousands - instead, he sees it as his godly duty, and laughed maniacally as he tried to send Skypiea to its doom. He is, in short, a psychopath with a god complex, which became even more obvious when he set off for the moon, which he believes to be the home of God.

Enel once lived on a sky island called, Birka. He ended up destroying it and killing everyone on the island. With his minions, Enel traveled to another sky island called Skypiea. He immediately took over the island and usurped Gan Fall's position as the ruler of the island.

Enel was first seen attacking a man for going into his territory illicitly. Enel also attempts to kill Conis when she tells the Straw Hats they were intruding and her intentions of bringing them to the sacrificial altar. Enel meets with his priests and later his slaves to discuss the Straw Hats (who were intruders) and the progress of the Ark Maxim and his plan to sail off of Skypiea after destroying it. He learns that one of his men went to Upper Yard to fight and was interested in it. Enel later encounters Nami, Sanji, Usopp, and Gan Fall. Enel electrocutes both Sanji and Usopp putting them in critical condition. Enel tells Gan Fall that he was interested in the fight going on for the gold and left. Enel goes towards the Shandora to participate in the fight and manages to electrocute and easily defeat all his opponents. Enel continues to monitor and participate in the fights until it ended with him faced with Gan Fall, Wyper, Roronoa Zoro, and Nico Robin. After talking, Enel fights them. Wyper manages to use his reject dial on Enel causing him to nearly die since his heart did not beat but Enel used his electricity to make it beat. Enel also fights with Zoro but manages to defeat all his opponents.

He notices Nami and decides to make her come with him to the Ark Maxim. He tells her about the ship and plans to leave the island until Luffy appeared. Enel tries to electrocute Luffy but is shocked that the attack did not cause any damage to him since Luffy's body is made of rubber. Enel continues to fight Luffy until he manages to incapacitate Luffy by molding the molten gold around Luffy's arm and kicking him off the ship. Enel activates the Ark Maxim and have it ascend into the sky. As this occurs, Enel attacks Angel Island prepares to destroy Skypiea. Enel realize that Nami was not going to work alongside him and attempts to kill her with his electricity but was saved by the efforts of Usopp and Sanji. Enel resumes his fight with Luffy after the latter caught up to him. Enel prepares to destroy Skypiea and kill everyone as all the civilians watch as he was about to unleash a powerful attack upon them. Luffy manages to overcome Enel's attacks and defeats him with a powerful attack sending him and his ship falling into the sea clouds.

Enel survives the attack and manages to travel to the moon where he meets with the inhabitants on the moon. He was angry that the Space Pirates attacked the moon and electrocuted them. Enel then meets with the inhabitants and continues to explore the area and looks at the paintings on the wall. After some time, Enel realizes that with enough individuals around him on the moon, he decides to become a ruler. 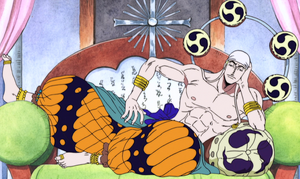 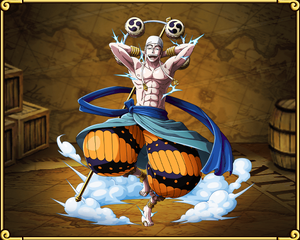 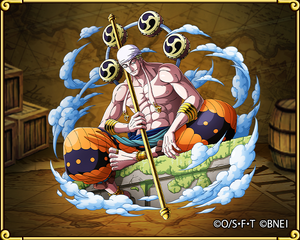 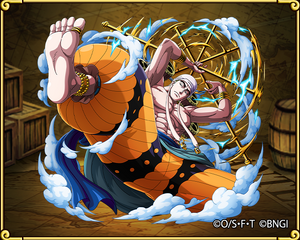 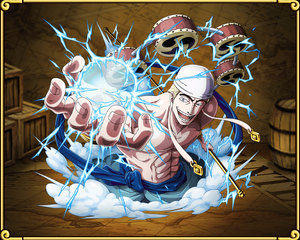 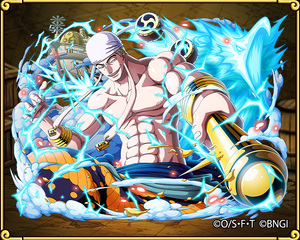 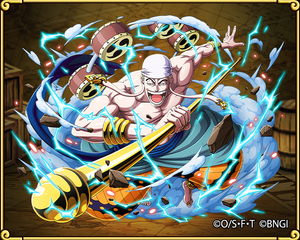 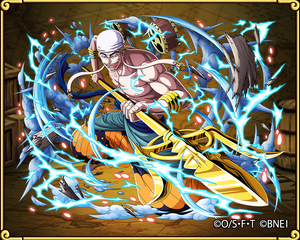 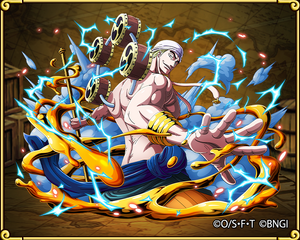 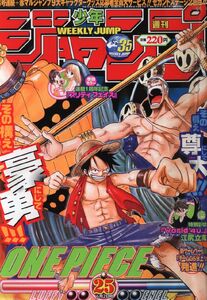 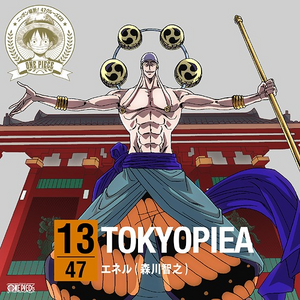 Enel on the cover of the disc One Piece Nippon Judan! 47 Cruise CD.