Spending time with and protecting Molly.

Entei (in Japanese: エンテイ, Entei), also known as the Volcano Pokémon, is Molly Hale's father figure in Pokemon 3: The Movie, serving as the secondary antagonist-turned-anti-hero of the film. He is created by the combined forces of Molly's dreams and the Unown's power.

He was voiced by Naoto Takenaka in the Japanese version, and Dan Green in the English version. who also voices Mephiles.

When Molly Hale's father Professor Spencer Hale finds several ruins pertaining to the existence of the Unown, he was sucked into their dimension. After Molly uses a box of tablets containing Unown images and begins assembling the letters, this summons the Unown, who use their powers to make Molly's wishes come true, transforming her manor house into a crystal-like palace which spreads all across the town and cuts her off from the world. They also created a new Pokémon known as Entei to act as Molly's father. 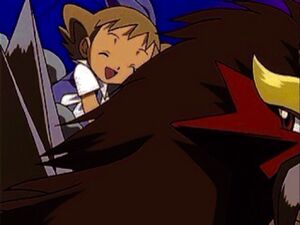 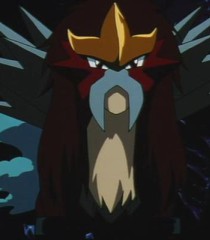 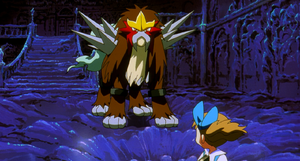 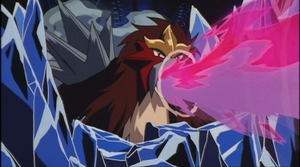 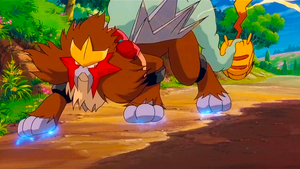