Serve Nazarick as the last line of defense in the Pleiades

Entoma Vasilissa Zeta is a supporting protagonist from the light novel series, Overlord. She is a battle maid of the Pleiades and the NPC created by Genjiro, a Supreme Being who was known to keep things organized.

At first glance, Entoma appears to have a regular humanoid body. She appears to have hair with a pair of two chignons and eyes with three red pupils. She also has a mouth, though it never moves when she speaks. In general, she is always seen wearing a maid outfit that covers the entirety of her body.

In reality, this is merely a form to hide, in which her true form is that of a hideous, spider monster. Her "face" is a mask that covers her spider face, which has eight red eyes and multiple sharp teeth. Her "hair" also separates apart, giving the appearance of appendages.

Entoma commonly presents herself as a cute, innocent girl, but she is a bloodlusted monster that devours the flesh of humans. Normally, Entoma doesn't have a preference when it comes to eating humans, but she has shown favoritism in devouring the muscles of a man.

Despite her enjoyment of eating humans, she does not eat them out of pure hunger. She only eats those that are bothersome of her. She is also willing to kill them for the same reason, showing no sign of mercy.

Entoma dislikes her original voice, hence she uses a lip bug to disguise her voice as a cute one. If she were to lose her voice, she expresses great anger and is ultimate forces herself to remain quiet until she can disguise it again.

Entoma has a variety of powers and abilities, being that she wields magic as well as use her natural abilities involving insects. These include: 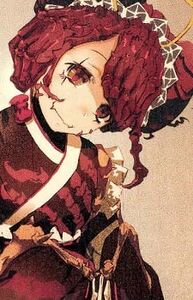 Entoma depicted in the light novel. 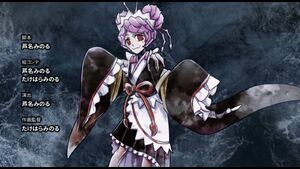 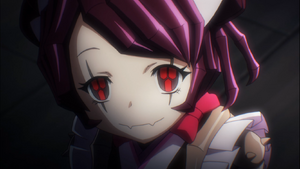 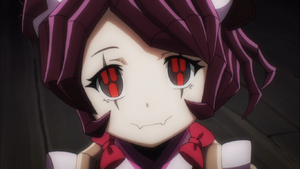 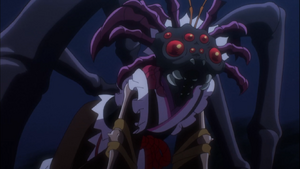 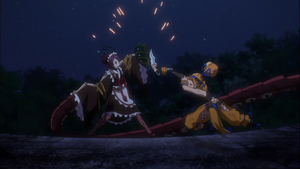 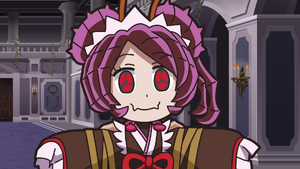 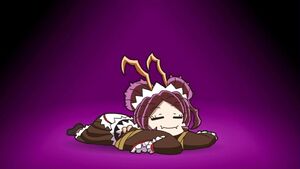 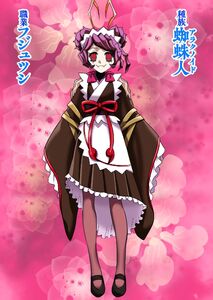 Retrieved from "https://villains.fandom.com/wiki/Entoma_Vasilissa_Zeta?oldid=3800232"
Community content is available under CC-BY-SA unless otherwise noted.