Kill Polnareff and Hol Horse to avenge her son (failed).

Stands are like guardians? Yours has some unusual properties. Your entire life has been controlled by it! All I want is to be an observer of your life! That's all I ask for... hee hee hee.Enya Geil to DIO.

Lord DIO! One day, you will rule over time! Each day your power will grow! You must believe you can move while time is standing still! It must be second nature, the way a person inhales and exhales! It must be easy to do, like snapping a pencil! What's important is to believe you can do it! You must have the willpower to do the impossible! Only then... will you truly control your Stand! You are the chosen ruler of the world! It only makes sense that you will rule over time as well! Geekekekkekeke!Enya Geil to DIO.

Enya Geil (known as Enyaba in the English dub, and also known as Enya the Hag) is the secondary antagonist in JoJo's Bizarre Adventure: Stardust Crusaders, whose actions had an impact over the entire series.

In Japanese, she was voiced by Rika Fukami in the OVA, Sanae Takagi in JoJo's Bizarre Adventure: Heritage for the Future, Katsue Miwa in JoJo's Bizarre Adventure: All Star Battle, and Reiko Suzuki in the anime. In English, she was voiced by Elaine Clark in the OVA, and Barbara Goodson (under the alias of Janis Carroll) in the anime.

Enya is an old Egyptian woman who worked as a fortune-teller. One day, a young man called Diavolo came to her with some arrows. These arrows were capable of giving Stand powers to anyone pierced by them. Enya bought all the arrows from him, except for one.

She gave one of those arrows to Yoshihiro Kira, an acquaintance of hers. One of the arrows that she kept started reacting, so she followed to where the arrow was pointing, finding a strange man of stunning beauty. The arrow immediately pierced him, and Enya recognized him as the savior of the world.

The man identified himself as DIO, and Enya started worshiping him as if he was God himself. When Dio told her about the Joestars, Enya sent a bunch of mercenaries to kill them for her master. Along with these mercenaries was Enya's son J. Geil, who teamed up with Hol Horse.

After losing all Stand-users she sent including her son to the Stardust Crusaders, Enya, feeling the same pain as his son (even spouting the same wounds from her son), sprung into action and made her personal goal to kill Polnareff by herself.

In order to trap Jotaro Kujo and his group, Enya used her stand to control the corpses from an abandoned cemetery in Pakistan and reshaping it to look like a town. Jotaro and his group arrived in the town, which was under a thick fog.

They immediately noticed how the town was very quiet and the people were untalkative, unlike the other towns they visited. After Polnareff finds a corpse on the streets, Enya makes her appearance to them, attempting to trick them. She invites them to her hotel, but Jotaro notices that she is trying to deceive them. After they all make to their rooms, she is visited by Hol Horse.

Enraged to see him, because he had abandoned her son to escape, she decided to kill him on the spot. While the two were conversing, she stabbed Hol Horse's hand with a scissor, turning him into a marionette. As she tried to kill him, Polnareff appeared in the room startled by the noise. Enya quickly hid Hol Horse's body and tried to deceive Polnareff. However, Hol Horse managed to call Polnareff's attention, and Enya immediately attacked him with dozens of corpses under her control.

Polnareff is cornered in the bathroom, being wounded in the tongue while peeking through the lock. Now with Polnareff under her control, she started humiliating him, by making him lick the bathroom to clean it. Just then, Jotaro arrives also startled by the noise. Enya tries to hide Polnareff and deceive Jotaro, but he easily sees through her, forcing her to attack him at full strength. Jotaro smashes her puppets one by one but is wounded by a baby corpse. Jotaro then uses his Stand to punch Enya's stand but to no avail.

Jotaro dares Enya to take one breath, but she is unable to do so, because Jotaro's Star Platinum started inhaling all the fog in the place, making her fall unconscious. As they all go out of the hotel, they see the true shape of the town, as it was an abandoned cemetery completely desert and ruined. They decide to take Enya with them, so they can interrogate her about DIO. Hol Horse steals their car and advises them to kill Enya immediately, otherwise, they would discover terrible things about DIO. Jotaro and the others travel to Karachi, Pakistan, carrying Enya with them, but once they arrive, tentacles start coming out of her head.

Steely Dan, another of DIO's followers, had used his own stand to implant a spore made from DIO's cells on her head, which kills her. Though Joseph attempts to convince her to tell them DIO's secrets before she dies, she refuses, believing until the end that DIO would never betray her.

Just one little wound is all I need... then Justice will do the rest!Enya

Enya's stand, Justice, is a stand made entirely of fog. She can control the fog, using it to change the shape of things. If a person is wounded, her stand creates a hole where the wound is, allowing her to freely control the person's actions. She can also control corpses of dead people.

In the OVA for JoJo's Bizarre Adventure: Stardust Crusaders, she is shown to be able to reshape her own body to look younger. 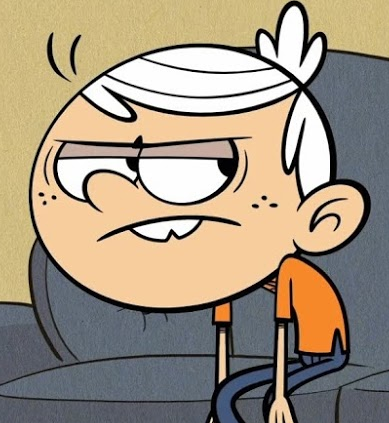