As Morphomon, she was voiced by Yuna Taniguchi in Japanese and Cherami Leigh in English.

Eosmon resembles a white humanoid butterfly-like creature. In its Ultimate form, it resembles a bigger version of Eosmon, except its arms are longer. In its Mega form, its body is rainbow colored with an abdomen hanging low.

Eosmon was created by Menoa Bellucci, a child prodigy and Digimon researcher. The artifical Digimon had the ability to put Digidestined throughout the world into a coma like state. In actuality there conscious was transferred to Neverland, a dimension where the Chosen ones wouldn't grow up. Over time Eosmon would digivolve to its mega form, having absorbed Menoa into itself. During the fight, Neverland revealed Menoa herself used to be a chosen one herself partnered with Morphomon. As revealed in the movie, the Chosen one's partnerships were only temporary as only childern can be Digidestined.

When Menoa was accepted to college at an early age, this instantly ended her partnership with Morphomon. Using Morphomon as a base, Menoa created Eosmon in hopes that no one would suffer like she did. Eosmon was destroyed by Agumon Bond of Courage and Gabumon Bond of Friendship, and Menoa was arrested. 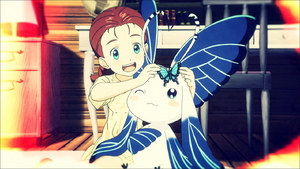 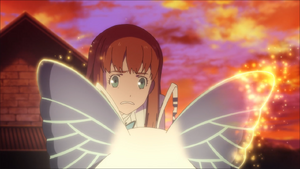 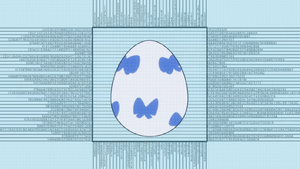 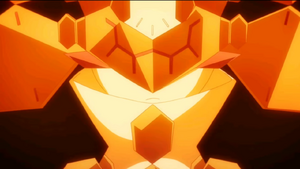 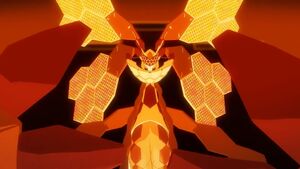 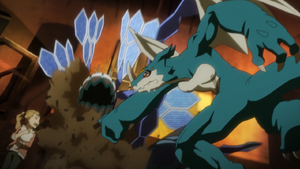 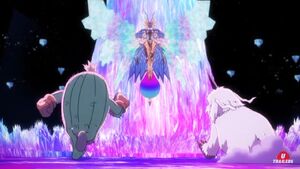 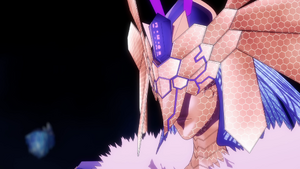 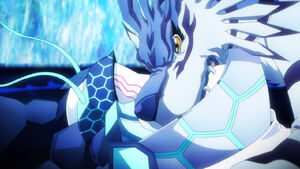 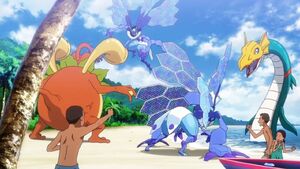 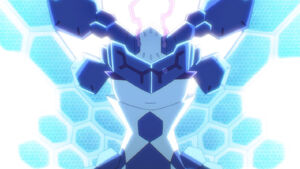