Terrance "Terry" Sorenson (also known as Equinox) is the son of two well-achieved research scientists. Though his mother was successful, his father was widely disregarded due to his theories of thermodynamics. His father became frustrated, and started drinking and abusing his wife and son. Eventually his wife and son, who was seventeen at the time, left him. While they were leaving, one of David Sorenson's experimental devices caused an explosion which killed him and mutated his son who had tried to save him.

His mother, Margay Sorenson, tried to cure her son's mutation, but he eventually mutated further and not only became more powerful but also became mentally unstable. Terry turned to crime after his mother used up their money with her experiments, and took up the name Equinox. After a brief fight with Spider-Man, Equinox then went up against Human Torch and Iceman, but managed to escape. After going insane he again fought against Spider-Man, who teamed up with Wasp and Yellowjacket, and defeated Equinox with the help of Margay Sorenson and negating his powers with a thermic stabilizer that had been built in the Fantastic Four's lab.

Terry was later able to control his powers after he had served as a test subject at Project: PEGASUS and joined a support group for former criminals called Vil-Anon. He also renounced crime and started a family, though his wife died and his daughter Janet inherited his powers and unintentionally caused several fires. Terry became frustrated trying to teach his daughter to control her powers, and became physically violent with her. Suspecting that Terry was hurting his daughter and that he had caused the fires, Sam Wilson, a.k.a. Falcon, intervened and had a quick skirmish with Equinox. But after learning the truth, Falcon appeared on Terry's behalf in court, and Terry was able to go free. Afterwards Falcon also helped the Sorensons contact someone who could help Janet control her powers and help Terry overcome his abusive tendencies.

He joined a team of super-villains during the Civil War and preferred to leave the country with them, but he was arrested by the Heroes for Hire, and incarcerated in the Raft.

He was able to escape and wrecked havoc in East Harlem, hoping to extort money out of people by torching buildings and demanding protection money. He was also threatening the firefighters who were on the scene as they tried to put out his fires. To stop him, Spider-Man produced bombs filled with thermoreactive foam, which quickly put a stop to him.

Equinox joined the Freedom Force, the Montana Initiative, and was kidnapped by the skrull and a skrull replacement who took his place. This subversive was killed during the Secret Invasion.

Equinox eventually joined back the team and, under Osborn's administration, participated to the sanction-attack of the Initiative against the seceding Heavy Hitters.

After the Avengers vs. X-Men conflict, a riot started into a prison, and the only heroes able to came repress it were Rogue and Mimic. Quickly outnumbered, they were proposed to absorb their powers by the prisoners Armadillo, Man-Bull and himself, in order to defeat their fellows inmates. He proposed to let Rogue borrow her powers as he wanted to get out jail sooner to repent himself and take care of his daughter.

This unnamed Skrull infiltrated the Montana Initiative team called Freedom Force. He took of the identity of Terrance Sorenson aka Equinox an existing member.

He was eventually discovered to be a spy by 3-D Man and eventually killed by Cloud 9.

Equinox was one of the multiple unregistered meta humans that did not register or was in police captivity when the Super Human Registration Act went into affect. As a result, he was considered a prime candidate for the Nanite program created by Reed Richards. When Nick Fury's squad was deployed to Prison 42 to stop the nanites from completing their agenda, Equinox was one of the first to be injected with a Nanite canister. While the squad attempted to recover the canister for study, the SHIELD defenses prevented them from stopping Equinox's indoctrination, and he was released by the lead Nanite Control Officer, Swanson, who sicked him on the squad. While his fire and ice powers were formidable, he was stopped by the Ultimate Alliance.

After he was defeated in the prison, he was one of the nanite controlled people to join The Fold, the collective mind of all the nanites. While his activities in detail are unknown at this point, he did further the agendas of the Fold as a tool, until the Alliance could stop them and defeat the assimilated Nick Fury, leading to the Fold's defeat. 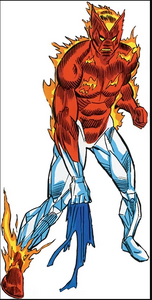 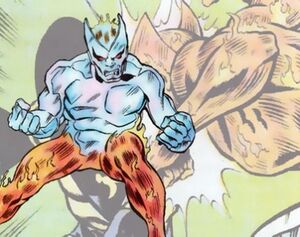 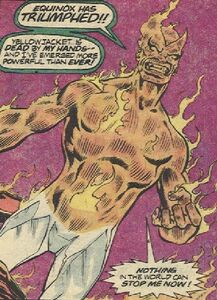 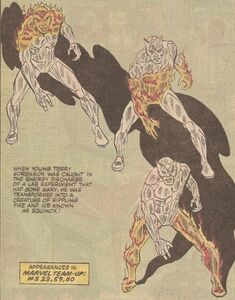 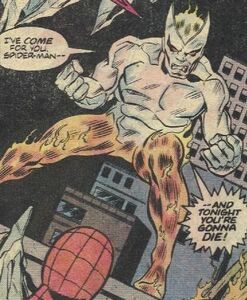 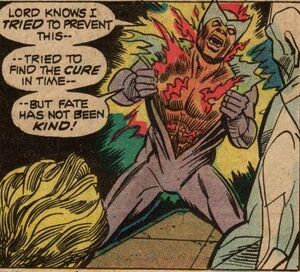 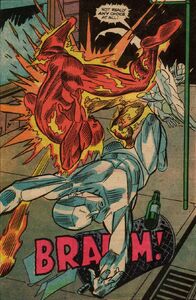 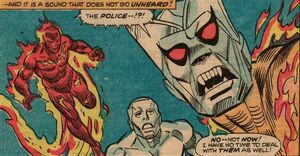