Reshape and rule the world of the Arabian Nights.
Destroy Sonic the Hedgehog.
Control Shahra forever (all failed).

Erazor Djinn is the main antagonist of Sonic and the Secret Rings. He is an evil spirit who grew tired of his existence within the storybook of the Arabian Nights and decided to absorb the tales of the book to increase his power and ultimately enter the real world, and in the process, he would erase the entire book from existence along with all the world that lay within it. He is one of Sonic the Hedgehog's most dangerous enemies.

He was voiced by Masashi Ebara in Japanese and Peter Cormican in English.

Erazor Djinn is a powerful genie from the World of the Arabian Nights, a fantasy dimension residing in a magical book. He was best known as the Genie of the Lamp from the most famous story, Aladdin and the Magic Lamp. At some point, he had developed some sort of bond with Shahra, the Genie of the Ring.

Long ago, Erazor had committed several crimes, and was sealed within a lamp as punishment. In order to be released, he had to grant the wishes of one-thousand people. After accomplishing this task, Erazor was freed from his imprisonment, but the experience left him with a deep hatred for humanity. He also despised the storybook world he resided in for cursing him with such a fate. Thus, he began absorbing the words from the world to increase his own power, thus erasing it from existence. Upon doing so, he would then be unleashed into the real world, which he would wreak havoc on and conquer.

Erazor also sought the Seven World Rings, which were the key to truly controlling the World of the Arabian Nights. To this end, he summoned an army of evil spirits as his own army to search for them. Erazor also wanted Shahra to help find them, but she did believe they were real, nor would she be part of his insidious plot.

In order to combat the Erazor's threat, Shahra came to Sonic to have the blue hedgehog aid in defeating Erazor Djinn before he could succeed in erasing all the worlds of the Arabian Nights universe.

However, early in the game, Sonic defends Shahra from Erazor Djinn and ends up with a flaming arrow embedded in his chest. Erazor then informs Sonic that he shall die when the flame extinguishes, unless he brings the 7 World Rings to him in time, in which case he will remove the arrow, and by doing so, he forces Sonic to collect the seven rings for him and aid his quest for world domination.

When Sonic makes it to the center of the Evil Foundry, he encounters Erazor in the middle of a summoning ritual, summoning a powerful fire demon called the Ifrit; having erased half of the stories of the Arabian Nights, he has decided to allow the Ifrit to burn whatever pages remain in the book. He tells Sonic to hurry in his search for the rings, as the flame in his chest has now half extinguished, meaning that only half of his life force remains.

After infiltrating Erazor's floating Palace, Sonic and Shahra encounter Erazon once more. When Erazor asks Sonic if he has all of the World Rings, the hedgehog tells him that he should simply look for them himself. Assuming correctly that Sonic has all seven on his person, the evil genie attacks him, only to be defeated. He escapes to his throne room, the door of which is sealed and can only be opened with the Seven World Rings. Upon enetering the throne room, Erazor urges Shahra to give the rings to him. She prepares to do so, but Sonic commands her to "do what [she] truly think is right"; the shock causes her to collapse, and Erazor takes the rings for himself.

With the seven World Rings finally in his possession, Erazor attempts to sacrifice Sonic in order to be granted their full power. However, Sharha takes the blow meant for him and dies in Sonic's arms. Regardless, Erazor absorbs the seven rings and transforms into a hideous and powerful monster of apocalyptic proportions named Alf-Layla-wa-Layla (Arabic: ألف ليلة و ليلة), intending to remake the world of the Arabian Nights in his image. However, as Sonic notes, the transformation is incomplete, as he was unable to sacrifice the blue hedgehog and gain full control of the World Rings.

At that moment, the Purple, Red and Green Rings burst from Alf-Layla-wa-Layla's body. Drawn to Sonic's sadness over Sharha's death and his rage and hatred towards Erazor, the Rings transform Sonic into a violent new Super form, Darkspine Sonic, who defeats Alf-Layla-wa-Layla. Erazor survives the fight and reverts to his normal form, mocking Sonic by declaring himself to be immortal and will always come back after defeat. However, Sonic reveals that he has Erazor's lamp (given to him by Sahahra and reverted to its normal form upon her death), and states that as the genie of the lamp, Erazor must grant him three wishes. Despite Erazor not having any desire to grant wishes for Sonic, he is forced to revive Shahra and the Arabian Nights under his command before he is exiled back to his lamp for the rest of time, with Shahra also not helping him in this. In the end, Sonic drops the lamp into the Foundry, either destroying it or keeping anybody from ever finding it and potentially releasing Erazor again.

Erazor appears as a collectible card.

In Super Smash Bros. Brawl, Erazor appears as a sticker that increases flame attacks for any fighter.

Erazor appears as an S Rare buddy that produces a Shield for every thousandth combo.

In the past, he seemed to have known Shahra and had a good relationship, but it seemed he put this behind him as seen when he nearly kills her and did not seem concerned about her well being, calling her weak.

Erazor has access to many magical skills of incredible power. King Solomon even claimed that his power was nearly godlike. His most notable ability is the "Flame of Judgment" curse, which when the flame goes out, the person who is cursed dies, even if it is another immortal being.

He has the ability to summon spirits and other various monsters from whatever confinements they may have. He can also fly and teleport. He is also a very capable swordsman, able to create lines of fire when he swings his sword and is easily capable of holding his own in a fight with Sonic, but they did not give him the power to defeat Sonic, though.

As a Genie, Erazor is an immortal being and can, therefore, survive any kind of physical punishment, which allows him to return from any defeat and keep fighting. He is also able to grant the wishes of others, since he is the genie of the lamp, but would never willingly do that, if it was never for the magic lamp, which forces him to do it anyway. 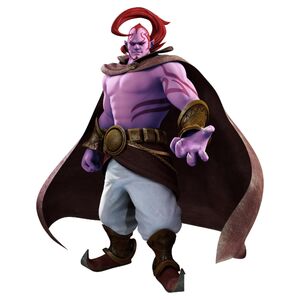 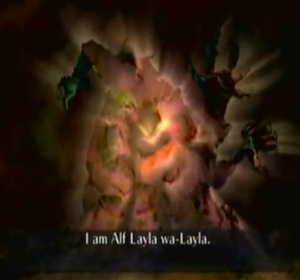 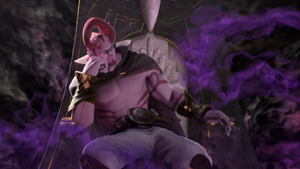 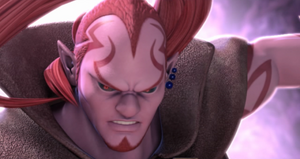 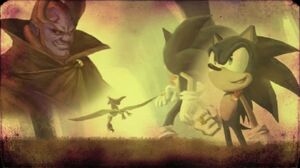 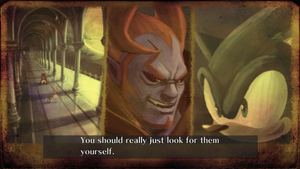 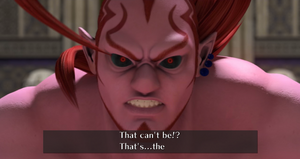 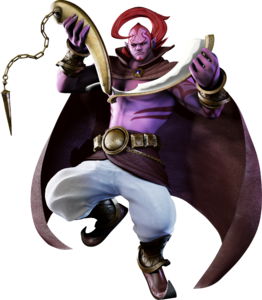 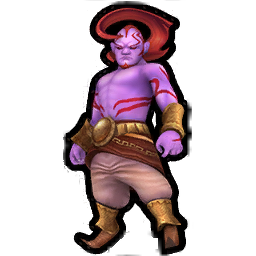 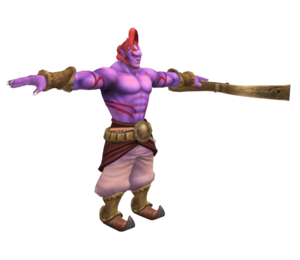