Taking in orphans and train them into assassins.

Eliminate Marth and his allies. (Failed)

She is voiced by Mai Nakahara in Japanese and Lisa Ortiz in English.

Originally, Eremiya was a kind and compassionate bishop who truly loved the war orphans she raised. However during an unknown war her orphanage was burned down, killing the children inside. Distraught and heartbroken, Eremiya blamed herself for the tragedy. Soon after, Gharnef appeared and used her grief to corrupt her into a devoted slave.

Post-brainwashing, she gladly did Gharnef's bidding. She had no love for her new orphans, who were raised in darkness and subjected to brutal assassin training. If any died during missions, she saw them as failures and felt no remorse.

In an orphanage in the Archanean mountains, Eremiya raised many assassins for Gharnef, among them Legion, Reese, and Clarisse. The latter girl was originally born to a loving family, but Emeriya and Gharnef saw great potential in her, and orchestrated her parents' deaths at the hands of the Soothsire bandits to claim her as their own.

After the conclusion of the War of Shadows, Eremiya leads Reese, Clarisse, and Legion into the Samsooth mountains to eliminate remnants of the Soothsires, which had been decimated by the Archanean League during the war. The purpose of this mission was to determine if the three are strong enough to serve Gharnef. The two observe their pawns successfully route the bandits, and determine that they will prove useful in Gharnef's plans to come.

When Gharnef plans to resurrect Medeus using four noble maidens pure of heart, Eremiya's group kidnaps Macedon Princess Maria and cleric Lena for use in the ritual. The group also works in the shadows to assassinate Prince Marth. When one failed attempt kills Legion, Eremiya orders Reese to dispose of his clones, who are useless without the original. Another attempt carried out by Clarisse leaves her mortally wounded, and Eremiya coldly orders Reese to abandon her. Finally, Eremiya sends Reese herself to kill Marth. Reese had previously posed as an Altean Knight named Katarina as part of an earlier assassination attempt, grew close to Marth and fellow knight Kris. Facing them again, she realized she could not kill the only other people she cared about, and defected.

After the fall of Emperor Hardin, Marth and Kris received information as to the whereabouts of Eremiya's orphanage. Reese, now permanently using the name Katarina, leads them directly to her. Eremiya rallied her remaining underlings to defend her, but was ultimately defeated by Marth's army and fatally wounded. Due to her failure, Gharnef released Eremiya from her brainwashing, gloating as she died while despairing over everything she had done.

Eremiya was made available to summoners on July 21, 2020 as a Grand Hero Battle. Her design is based on her outfit from Fire Emblem: New Mystery of the Emblem.

Eremiya's portrait in Fire Emblem: New Mystery of the Emblem. 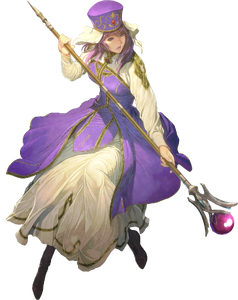 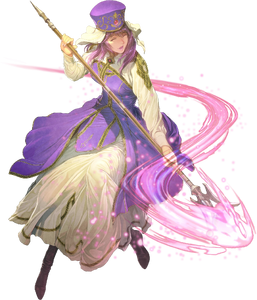 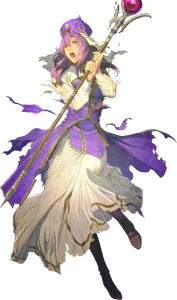 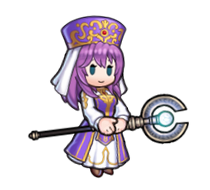 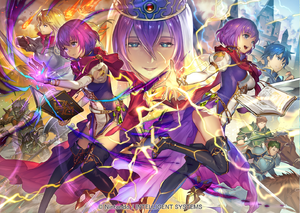 Retrieved from "https://villains.fandom.com/wiki/Eremiya?oldid=4082299"
Community content is available under CC-BY-SA unless otherwise noted.