The Esoteric Order of Dagon

The Shadow Over Innsmouth

Ability to interact, converse and understand Dagon and other deities without going insane

Restore Innsmouth to prosperity through blood sacrifices offered to The Deep Ones and other Deities.

Maintain and enforce The 3 Oaths.
Bear the offsprings of the deities and let them walk on the Earth.
Gain the ascension through "reunification of old and new".

The Order of Dagon, originally known as the Esoteric Order of Dagon, is an evil cult devoted to the Deep Ones, specifically the one known as Dagon. It is especially prominent in the port of the dreaded ghost town of Innsmouth, and many of its members are corrupted by the Deep Ones, and are willing to murder in order to keep power within the community. They first appeared in H. P. Lovecraft's "The Shadow Over Innsmouth" and August Derleth's "The Trail of Cthulhu".

Esoteric Order of Dagon in the mythosEdit

The Esoteric Order of Dagon was the primary religion in Innsmouth after Captain Obed Marsh returned from the South Seas with the dark religion circa 1838. It quickly took root due to its promises of expensive gold artifacts and fish, which were desired by the primarily fishing town.

The central beings worshipped by the Order were the Deep Ones, Father Dagon, Mother Hydra, and, to a lesser extent, Cthulhu. The Deep Ones were seen largely as intermediaries between the various gods, rather than as gods themselves. Even so, the cultists sacrificed various locals to the Deep Ones at specific times in exchange for a limitless supply of gold and fish.

The Esoteric Order of Dagon (meeting in what Derleth described as "a one-time Masonic hall") had 3 oaths which members had to take. The first was an oath of secrecy, the second, an oath of loyalty, and the third, an oath to marry a Deep One and bear or sire its child.

The Order was seemingly destroyed when one of Obed Marsh's lost descendants sent the U.S. Treasury Department to seize the town. As a result, the town was more or less destroyed, and the Order was thought to be disbanded.

Appearances in Other MediaEdit 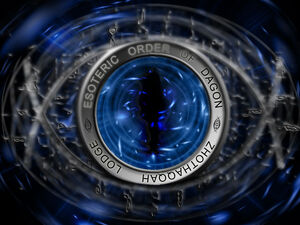 The symbolic crest of the Esoteric Order of Dagon. 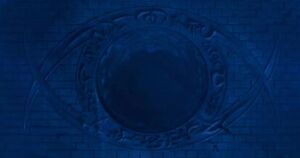 The lair of the Dagon from the movie Dagon (2001) which based on the novel Shadow Over Innsmouth. 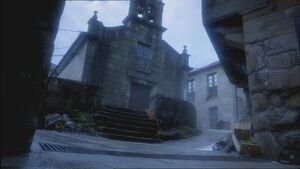 The Iglesia de le Order Esotérica de Dagon (the "Church of the Esoteric Order of Dagon" in Spanish). 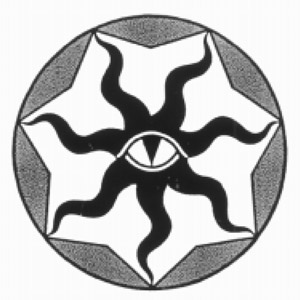 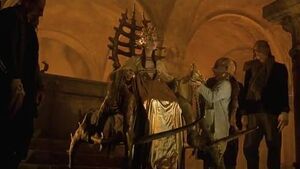 The Esoterica Orde De Dagon.
Add a photo to this gallery

Retrieved from "https://villains.fandom.com/wiki/Esoteric_Order_of_Dagon?oldid=3730314"
Community content is available under CC-BY-SA unless otherwise noted.