Villains Wiki
Register
Don't have an account?
Sign In
Advertisement
in: Doctors and Scientists, Corporations, Organizations,
and 34 more

Create mutant super-soldiers and to make profits from them by selling them.

Enslave the mutant species (both failed).

Essex Corp. is a major antagonistic faction in the X-Men Film Series, appearing as the main antagonistic faction of Logan, Deadpool 2 and The New Mutants. It is a company seeking to make a profit by creating and selling mutant super-soldiers, as well as the ones behind the creation of mutant children (mostly through the DNAs of other mutants).

Essex Corp is shown to be behind the Essex House for Mutant Rehabilitation; a foster home for mutant children who are secretly abused and experimented on by the staff and the fanatic headmaster. Russell Collins was raised at the Essex House, and after years of torturous experimentation, he finally lost control and lashed out using his pyrokinetic powers, drawing in the police and later the X-Men. Deadpool succeeded in subduing Russell, however, upon realizing that he was abused by the headmaster and staff, he shoots a staff member and tries to kill the headmaster, before being stopped by Colossus and arrested.

Later on, along with Juggernaut, Russell heads back to the Essex House to burn it down and kill the headmaster. Deadpool, Cable and Domino arrive to stop this, as Russell will end up killing Cable's family in the future if he succeeds; upon their arrival, Domino reveals that she too was raised, or rather tortured, at the Essex House.

While Colossus fights off Juggernaut, Deadpool and Cable kill their way through a group of the corrupt staff, while Domino was saves the mutant children from another group. Ultimately, while the Essex House is destroyed because of all the fighting, Deadpool convinces Russell not to kill the headmaster, changing the future so that the death of Cable's family never happens. Ultimately, the headmaster ends up being killed anyway by Dopinder.

The Essex Corp is a major driving antagonistic force in ''The New Mutants''. 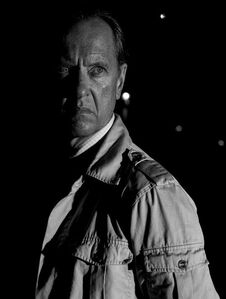