Kill anyone that awakens him.

Estark is a prominent recurring villain in the Dragon Quest series of videogames. It's a giant, horned, three-eyed insectoid creature that wields a pair of swords. Known as the dormant Lord of the Underworld, he has a reputation of being one of the strongest monsters in the franchise.

He made his debut in Dragon Quest IV as the second most powerful boss in the main storyline.

He was supposed to be the most powerful being on the world since he Secret of Evolution on itself, but did not achieve a perfect state since of evolution since he did not have the Armlet of Transmutation, which would later fall into Psaro's hands along with the Secret.

After that, he appeared in several other games of the series, including Dragon Quest V as a superboss, Dragon Quest IX as one of the many legacy bosses, in Dragon Quest X version 1.4 and as a recruitable and synthesizable monster in the spin-off series Dragon Quest Monsters (using a Psaro and a Marquis de Léon ).

Estark was blue in his first appearance 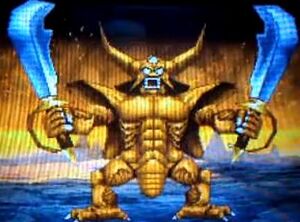 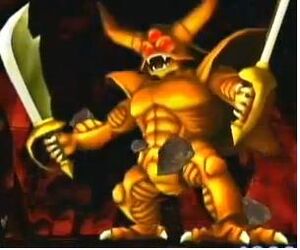 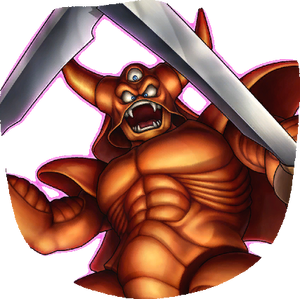 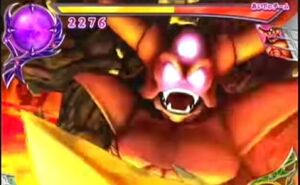