Keep foreigners out of his game.

Ethan is the main antagonist of Animation vs. Pokémon, an entry in the Animator vs. Animation series. He is the player character of Pokémon Heart Gold, who is fiercely xenophobic towards anyone outside of his game and fights to prevent any outsiders from entering the game or upstaging him.

The Animator is playing Pokémon Heart Gold on his Nintendo DS Lite, controlling Ethan and choosing Chikorita as his starter Pokémon. When the DS gets low on battery, the Animator plugs it into the computer to charge while he goes to eat lunch. The Second Coming, curious and wanting to try the game for itself, enters the DS though the cable and enters the game. It takes Totodile's Pokéball and brings it to the computer, instantly forming a bond with the Pokémon and playing with it.

However, the Second Coming is angered, and decides to become the League Champion to prove itself. Shortly after Ethan and his Pokémon leave, the Second Coming sneaks back in. The Second Coming trails Ethan on his journey, catching its own Pokémon and staying out of Ethan's watchful sight. It even manages to reunite and gain back Totodile, much to Ethan's confusion.

Ethan is arrogant and rude, and thinks very highly of himself and low of others. He put a lot of faith in his training abilities and strategy, and uses his Pokémon with great efficiency. He especially acts hostile and looks down on characters not from his game, as he sees them as outcasts that do not belong. He is so fiercely xenophobic and arrogant that he will take fights outside of his game so he does not have to abide by its rules. However, when bested, he is forced to learn humility and acknowledges that others may be better than himself. 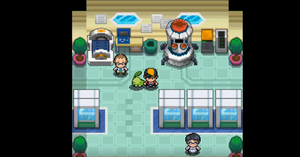 Ethan in the game. 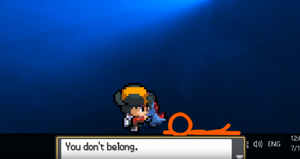 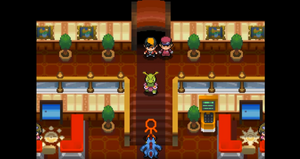 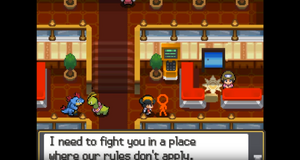 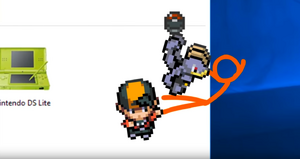 Ethan vs. the Second Coming. 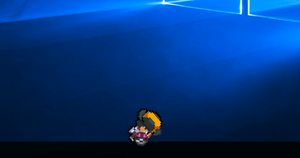 Ethan pulls out his Master Ball. 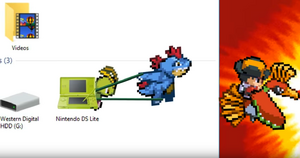 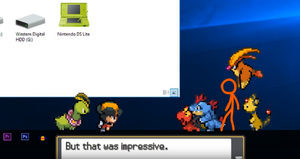 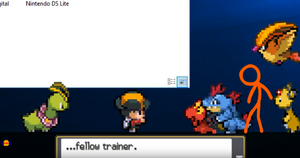 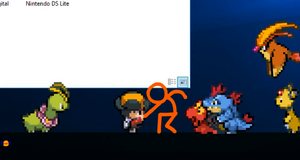 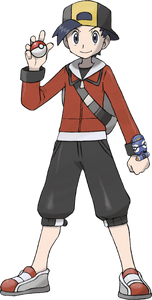 Ethan, as he appears in Pokémon Heart Gold. 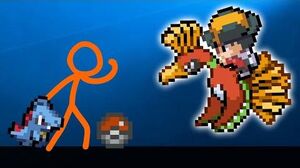