Euro Britannia's origins begin back in pre-EU Europe. During that time, nobles had ruled the continent but were eventually overthrown by European revolutionaries and were forced to flee into exile back to North America where they had crushed a rebellion lead by George Washington and established the Holy Britannian Empire in its place. Europia United was established following Napoleon's successful military campaign and it modeled itself after the democratic ideals that George Washington had held.

By the time the 21st Century had began (according to the Imperial calendar), the Europia United had control over 1/3rd of the world's people and territory and was the largest country in the world. During Britannia's invasion of Japan, they had managed to colonize the country and in 2017 a.t.b., they began to go to war with the EU. After taking over numerous territories such as Russia, Eastern Europe and parts of Southern Europe, Euro Britannia was established and its members all had personal vendettas against the EU and sought to reclaim and take back ancestrial land that was lost long ago.

Euro Britannia would act as Britannia's eastern front against their European rivals as their soldiers marched deep into Eastern and Southern Europe as well as Central Asia and the Caucuses. Sometime during the war, Britannian Emperor Charles zi Britannia had sent Julius Kingsley and Suzaku Kururugi to support the war effort against the Europeans. Julius rose up fast and he would soon become one of the de-facto leaders of Euro Britannia and commanded the Britannian troops acting as their military advisor for the empire's military forces in Europe. During the war, Julius had successfully destabilized public order all throughout the E.U. and forced them into a state of disarray and gave time for the Britannian forces to advance against the E.U. forces. E.U. army officer Leila Malcal managed to bring the chaos to an end but her superior, Gene Smilas, had declared her dead and used her as a Joan of Arc-like martyr to rally the divided Europeans together against Euro Britannia. During the fight however, General Smilas was killed and the E.U. forces presumably retreated afterwards.

Following the chaos that had ensued, Euro Britannia had eventually called in for help and reinforcements from the Britannian homeland and managed to get them while Euro Britannia continued to exist and remained active. It is unknown what happened to Euro Britannia afterwards, but it is most likely that it remained active due to the retreating EU forces and the homeland sending in reinforcements. Later on following the collapse of the Europia United in 2018 a.t.b. thanks to Schneizel's assistance, Euro Britannia most likely grew in size and had all Britannian territories in Western Europe (Protugal, Spain, France, Belgium, the Netherlands and others) incorporated into their sub-empire as well after half of the EU's territory was conquered.

Euro Britannia is based primarily in the Eastern European and Caucuses regions of the Europia United upon its formation presumably sometime following the conquest of Russia. Its capitol is located in mainland Russia and holds numerous territories in Eastern and Southern Europe as well as the Caucuses regions. Following the successful Britannian invasion of Western Europe by Schneizel, it is most likely that the nations of Protugal, Spain, France, the Netherlands, and Switzerland all become part of the sub-empire. Much likely Britannia however, it has no control over the British Isles and is homeland is primarily in Russia even after the collapse of the E.U. in 2018. Unlike Britannia however, Euro Britannia has no area system for its colonies.

The capitol of Euro Britannia is the city of Sankt Petersburg, Russia and the latter of which is the sub-empire's homeland. The city itself has been heavily modified with Britannian settelment architecture and a large palace looms over the entire city. Other major cities include Istanbul, Turkey which is not only in Euro Britannian territory but it also the headquarters for the Knights of St. Michael and the home of one of Euro Britannia's grand masters. Like St. Petersburg, Istanbul is heavily modified with Britannian settlement structures showing that the city and the region is under Britannian control. Other cities are unknown, but it is shown that in Slonim, Belarus, a statue of Charles zi Britannia is present implying that other towns under Euro Britannian control have them as well.

The Government of Euro Britannia acts very similiar to that of the Holy Britannian Empire being an imperial subject and sub-empire within its European territories. It has enough of the same structure as is seen in the Britannian homeland and what is seen in Britannia's area colonies but posses far more independence than the other colonies. The Euro Britannian head of state is the Grand Duke which is currently being held by Augusta Henry Velaines and is assisted by a house of lords made up of Britannian nobles from European decent. The Grand Duke resides in Catherine's Palace in Sankt Petersburg and Euro Britannia enjoys far more autonomy and independence as a suzerain state to the empire than any other Britannian colonial area and is allowed to govern themselves and make their own laws and policies without interference by the imperial government.

The Military of Euro Britannia is both an extension of the Britannian Military and as a separate military loyal to the sub-empire. As such, the Euro Britannian military is able to mirror that of Britannia's vast military might and uses similiar weapons and other resources such as the use of Sutherlands and its primary Knightmare Frame along with the same infantry and other weaponry as their mainland counterparts. The Euro Britannian Sutherland has a different color scheme on the torso and has the world "Euro" enscribed on one of the shoulders of the knightmare and has the Britannian military emblem on it as well. While being a tributary subject of the Holy Britannian Empire, Euro Britannia is strong enough in its own right as its abel to force the E.U. forces to retreat when in battle.

In addition to having a strong and powerful military force of its own, Euro Britannia also has its own chivalric orders of knights like their homeland counterparts. The Knights of Euro Britannia are the four chivalric orders of knights that protect and defend Euro Britannia and fight on behalf of the empire. Each order is lead by a grand master and all use unique knightmare frames in their fight against the enemies of the empire. The Grand Masters are one of the most powerful and influential figures in Eurp Britannia as they make all of the final descisions of their orders while also holding high positions of power in the Euro Britannian government as well. 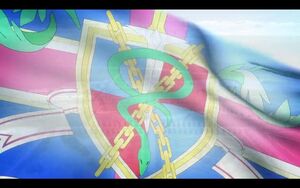 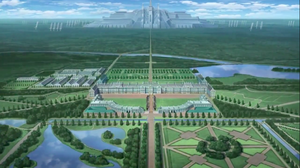 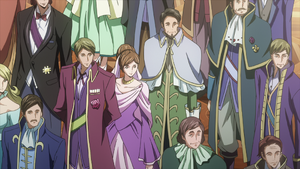 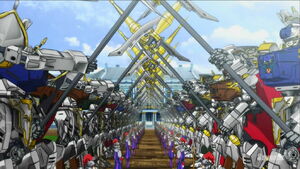 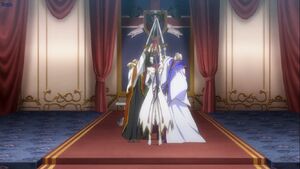 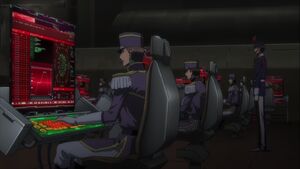 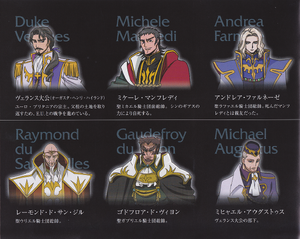 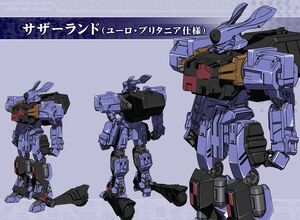 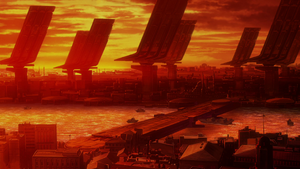 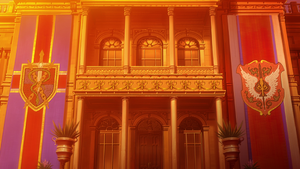 Headquarters of the Knights of St. Michael 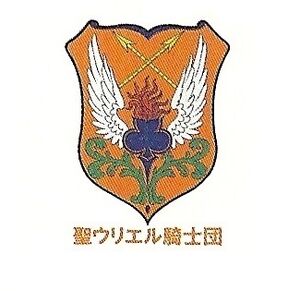 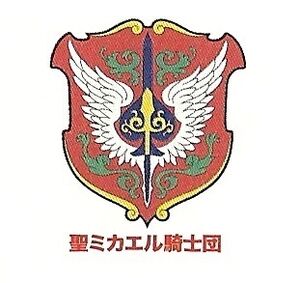 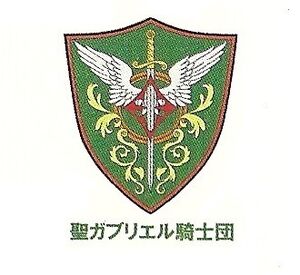 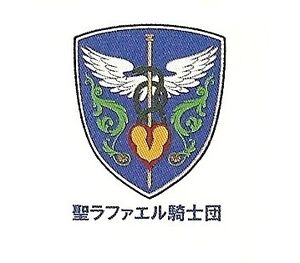 Knights of St. Raphael Emblem
Add a photo to this gallery

Retrieved from "https://villains.fandom.com/wiki/Euro_Britannia?oldid=3536163"
Community content is available under CC-BY-SA unless otherwise noted.