Eve Connors is the the main antagonist of White Bird in a Blizzard. She is the beautiful but mentally fragile mother of protagonist Kay Connors. She enjoys daily household chores and basking in her youth as well as chastising her husband and daughter for unusual reasons. However, after years of abusing her family, she goes missing and her daughter Kat is prompted to find out the reason for her disappearance. She was portrayed by actress Eva Green, who also portrayed Ava Lord in Sin City: A Dame to Kill For, Vesper Lynd in Casino Royale, Miss Gribben in Cracks, Artemisia in 300: Rise of an Empire and Angelique Bouchard in Dark Shadows.

In 1988, when Kat Connors is seventeen years of age, her mother Eve Connors disappears without a trace. After learning her mother walked out on the family, Kat dealt with the ordeal painfully.

Years ago, Eve was quite a wild girl who, despite adapting to married life and being a household mother, gradually changes in her marriage to Brock, an seemingly ordinary man who leads an uneventful life. When Eve had her first child, a daughter named Kat, she named her child such as to treat her like a pet to play with, then as Kat grew up and her appetite for food increased, Eve responded by slapping her fingers away from any such foods on the counters for she believed her daughter was becoming too fat while Kat was just a mere child in need of food and nutrition. Then when Kat entered puberty, Eve became more drunk on alcohol and complained about her marriage to Kat, who rebuffed her claims.

Sometimes, Eve would look at her husband like whether or not she was going to murder him and slowly began to lose her grip on reality and mental illness. As Kat sleep in her room, Eve woken her up, questioning her daughter's relationship with Phil as Kat rejected her question again. Eve then grew angry and threw the covers off of Kat's bed demanding an answer and wasn't willing to take rejection. Eve was shocked to discover Kat was sleeping in the nude and attempted to beat her daughter's body senseless. Kat managed kick her mother out of her room, causing her to leave while Kat began to cry from her mother's abuse. While Kat explored her sexuality and adolescence, Eve struggles to maintain quench her youthful wildness lost from her past; trying to dress sexy and act sexy when Brock is away from the house, even going as far as to lure the attention of Phil, her daughter's boyfriend.

It was revealed by the detective agency that their theory of her disappearance was the possibility of Brock killing her out of catching her cheating. Kat denies this but begins to suspect Phil of being Eve's illicit lover and questions him about it. Phil denies this but tells her to ask her father for he might had the answer. Prompted, Kat then searched through the meat locker freezer to find her mother's dead body only to be stopped by her father Brock in the process. When Kat returned to collage, her search for her mother's death is relived when Brock get intoxicated and confesses to the police about killing her. He then hangs himself in his own prison cell for his crimes.

At the end of the film, a flashback details Eve's death; the afternoon of her disappearance she came home from shopping when she heard strange noises coming from her bedroom. Alerted, she goes to investigate the source of the noise and catches Brock and Phil in bed together. Phil dashes out of the room as Eve began to laugh hysterically at Brock, incredulous of his infidelity. Brock responds to this by clutching her neck with his hands, asking her repeatedly to stop. Eve refuses to do so and she is strangled to death by her own husband.

Eve is known by family to be mental and hard-working. When it came to house-hold chores, she'd finish them like no problem but when there was nothing to do afterward, she'd start to unbalance like having no purpose. She dislikes her husband for reasons involving a lackluster marriage and constantly takes her anger out on her husband and daughter. She also appears to be infatuated with Phil, her daughter's boyfriend and constantly questioned her daughter's love for Phil out of jealousy and curiosity. Eve was focused on maintaining her youth and tried to dress and act younger than her actual age, even looking to her daughter as inspiration. 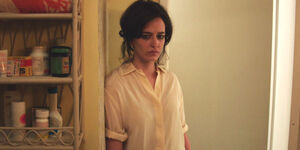 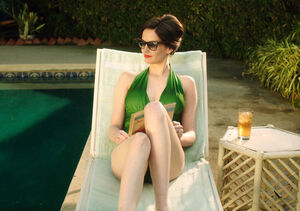 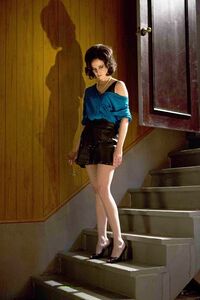 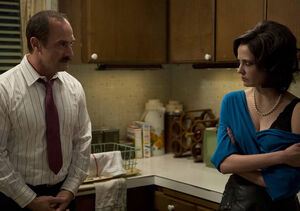 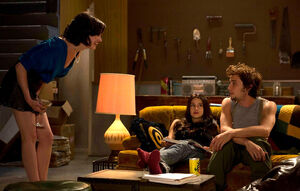 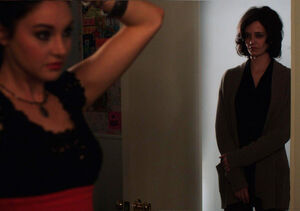 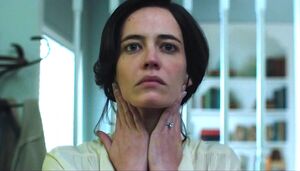 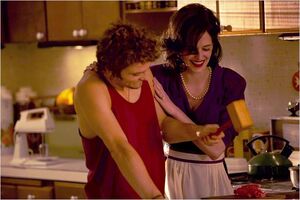 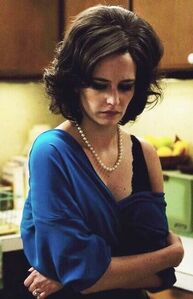 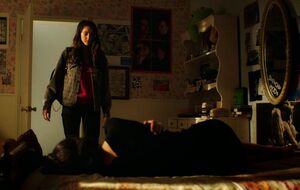 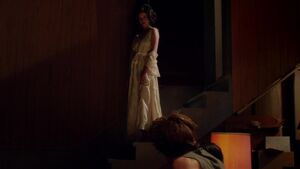 Eve spying on Kat and Phil during their sexual encounter whilst dressed in lingerie
Add a photo to this gallery
Retrieved from "https://villains.fandom.com/wiki/Eve_Connors?oldid=3844062"
Community content is available under CC-BY-SA unless otherwise noted.