To climb the corporate ladder

Villainess, Femme Fatale, Opportunist
Eve Torres is a former WWE Diva and a three time former Divas Champion. Her tenure in WWE lasted five and a half years, but she spent her last 11 months in WWE as a villainess.

After several years of acting as a babyface, Eve turned into a villainess on February 20, 2012 by revealing that she was using Zack Ryder to get attention and was planning to do the same with John Cena, but Cena put a stop to that. Eve boldly justified her actions saying that people should not expect to see her as a "damsel in distress" anymore and that she is proud of being a woman whose beauty served to seduce men. After she was confronted by Kelly Kelly backstage, Eve laughed evilly at her former friend and walked off without saying a word to her. In the weeks leading to WrestleMania 28, Eve continuously toyed with Ryder while also aligning with Beth Phoenix against Eve's former friend Kelly Kelly and TV host Maria Menounos. Eve and Beth were defeated by Kelly and Maria in a tag team match, but she would later publicly humiliate Ryder by kicking him in his "Little Broskis."

A few weeks after WM28, the evil Eve became the Executive Administrator to John Laurnaitis. Eve found the role to be a power trip and enjoyed abusing her position by bullying and humiliating people on numerous occasions. Some examples being when she gleefully fired the Bella Twins and forced CM Punk to take a sobriety test. She also publicly humiliated The Big Show in the middle of the ring by making him apologise for mocking John Laurnaitis, and threatened his job if he didn't. But it was former SmackDown General Manager Teddy Long who Eve seemed to take the most pleasure in bullying. As Eve's subordinate Teddy was forced to do menial, degrading tasks and ordered to wear an apron and name tag. He had to bring her coffee, and had it thrown at him when it wasn't to her satisfaction. She also ordered him to rub oil on Cesaro for a photoshoot, this was particularly humiliating for Teddy as it was in front of his ex love interest (and Cesaro's current girlfriend) Aksana, who seemed to find Teddy's predicament amusing. Eve's tenure as Executive Administrator ended when Laurinaitis was fired at No Way Out in June, but she would slither her way to becoming the assistant to SmackDown General Manager Booker T by defeating Kaitlyn in a singles match.

After Kaitlyn won a #1 Contender's battle royal, Eve sent a text to Aksana telling her to take out Kaitlyn, which she did at Night of Champions. Eve replaced Kaitlyn and defeated Layla to win her third Divas Championship. When it came out that Kaitlyn's attacker was a blonde, Eve tried to set up Beth Phoenix as the culprit, and even suspended her indefinitely (the decision was reversed by Booker). It later came out that Eve and Aksana conspired to take Kaitlyn out, and she was forced to defend her title against both Kaitlyn and Layla at Hell In A Cell. Eve defeated both Divas to retain.

Eve continued to antagonize Kaitlyn for several months up until January 14, 2013, when she lost the Divas Championship to Kaitlyn on the 20th Anniversary edition of Raw. After the match, Eve blasted Booker's decision to take her championship advantage away, and pointed fingers at everyone she had been tormenting before she quit WWE in a fuming rage.

Eve Torres can be described as a tall, beautiful, muscularly toned woman with brown hair and green eyes. She's known for her extreme beauty and her bodybuilder body type. 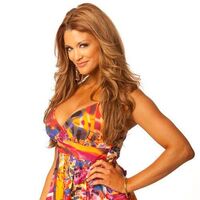 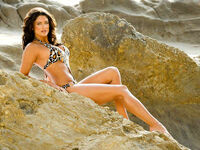 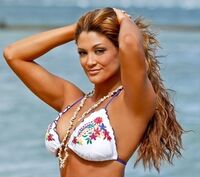 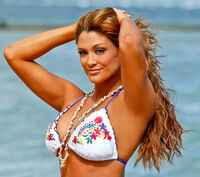 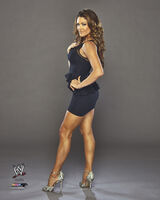 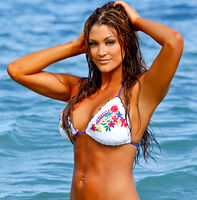 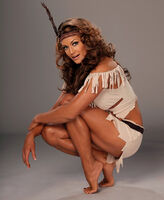 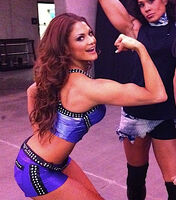 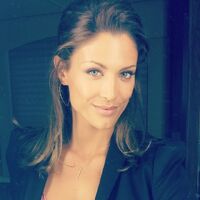 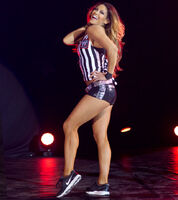 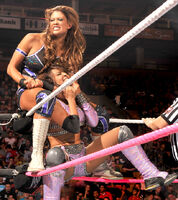 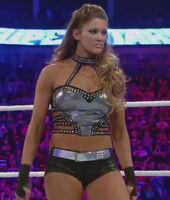 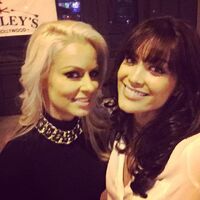 Retrieved from "https://villains.fandom.com/wiki/Eve_Torres?oldid=3547803"
Community content is available under CC-BY-SA unless otherwise noted.