Evie (by Mia, Alan, and Jack)
Sister (by the Bakers)

Matriarch of the Baker Family

Eveline, codename E-001, is a bioweapon in the form of a young girl and the main antagonist of 2017 survival horror video game Resident Evil 7: Biohazard.

E-001, codenamed Eveline; was created by NEXBAS (Next-generation EXperimental BAttlefield Superiority) Initiative done by H.C.F. (Hive-Host Capture Force) and Tentsu members to function as a bioweapon capable of psychically manipulating infected people with a fungus called Mold, when the degree of the contamination was high enough as well as turning her subjects into new B.O.W.s called "Molded".

In spite of a breakthrough in her creation, she had to be periodically injected with a special serum that kept her powers and sanity under control. Was she not injected with said serum, her Mold fungus inside her would accelerate her ageing, corrupt her mind and turn her into another Molded.

Three years prior to the events of the game, Eveline was transported to a different facility on a ship under the watch of two caretakers, Alan and Mia. However, she managed to escape and began spreading her infection all over the ship, killing or turning all of the passengers and crew members into Molded. How her rampage started was due to during the transport, a hurricane approached the ship and at the same time, a group of people from a rival company attacks.

To make matters worse, the attack took place the wrong time as during the said attack, Eveline's powers became unstable and with her creators being occupied by the attack, she spread her fungus out of control, first infecting Alan and then running away and vomiting excessive amounts of Mold before turning everyone on board into Molded. Eveline finally killed Alan in front of Mia before infecting her with the Mold in the hopes of turning Mia into a mother figure. She and Mia escaped from the ship as a number of explosions occurred.

Afterwards, Eveline and Mia were found by the Baker family, who took them in and nursed them back to health. Without the regular injections of the serum however, Eveline began to age rapidly, taking the form of an old woman. She infected the Baker family with her mutation-inducing powers, contaminating their food, turning them nearly immortal and influencing them to kidnap people and turn them into Molded.

DLC of the game, "Daughters", revealed how chaotic the situation where Eveline instigated the infection. Overhearing Jack's decision to call for help after led both Mia and Eveline to stay, Eveline, who fed up with people who may similar to her caretakers, become mad so much that she instigated the whole family's infections starting Marguerite. When Marguerite suddenly attacked Zoe due to infection, Jack goes to stop her, but ultimately succumbed to the infection as much as his wife and Lucas, with Zoe being the least infected.

If Mia is given the fungicide serum, Zoe reluctantly stays behind and gives a bitter farewell to Ethan and Mia. As he and Mia escape on a boat, Eveline attacks in order to stop them from leaving as they go to the ship that had been used for her transport.She knocks Ethan out and takes him into the bowels of the ship where the infection started. Mia pursues Ethan and encounters Eveline, who reminds Mia of her role in her (Eveline's) past. Mia manages to rescue Ethan, but Eveline attempts to take control of Mia and use her to kill Ethan. Thanks to the serum, Mia is able to resist Eveline's influence long enough to allow Ethan to escape and gives him a vial of Eveline's DNA that will allow her to be destroyed.

If Ethan attempts to escape with Zoe by giving her fungicide serum instead, Mia will be heartbroken over the choice despite Ethan's promise to send help. As he and Zoe escape on a boat, she reveals that Mia arrived with Eveline three years ago, and that Eveline is responsible for infecting the family. Eveline attacks in order to stop them from leaving as they go to the ship that had been used for her transport. She knocks Ethan out and takes him into the bowels of the ship where the infection started. Mia pursues Ethan and encounters Eveline, who reminds Mia of her role in her (Eveline's) past. Mia manages to rescue Ethan, but Eveline attempts to take control of Mia and use her to kill Ethan. Eveline manages to take over and Ethan is forced to kill Mia, but Mia gives Ethan the vial before she dies.

Ethan pursues Eveline into a salt mine and is attacked by dozens of Molded sent by Eveline. However, he manages to defeat the Molded and later, uses machines left by NEXBAS Initiative members behind to create E-Necrotoxin, more potent version of Mold cure from Eveline's DNA before pursues her into the guest house visited at the beginning of the game. Ethan is attacked by hallucinations of Mia, but manages to reach Eveline and injects her with E-Necrotoxin.

Eveline's true form is revealed as the seemingly comatose woman in a wheelchair who mysteriously follows Ethan for most of the game. The serum does not immediately kill her, but give horrific side effect: It dissolves her into a puddle of black liquid, trigger her uncontrollable transformation into her monster form which taking appearance of a gigantic, grotesque creature made of mold tissues, larger than a form she used near the ship to ambush Ethan and Mia/Zoe.

Though he got disadvantages due to her horrific mutation gave her better advantages, Ethan manages to deal heavy damage to Eveline with Redfield's help by giving him a gun loaded with more potent E-Necrotoxin, causing her to calcify and crumble into pieces, killing her for good.

Following her death, Eveline's Mold creations are left on their own devices and without her guiding them, they all quickly dispatched by BSAA agent Chris Redfield and Blue Umbrella operatives. However, the clean-up progress is by no means easy, as not only Jack Baker's surviving infected remains eventually regenerates into a resilient Molded which eventually destroyed by his estranged brother Joe and Lukas turned out experimented with a couple of them after being cured by The Connections in return of becoming their associate.

Eveline is shown to have a bloodthirsty and homicidal nature, but is not aware of the evil she commits. She is best described as an sadistic, monstrous, destructive and psychopathic girl who has abused her powers to escape the ship and infect the peaceful Baker family, making them into her vicious servants. Despite this, she still acts like a child who wants to know what being loved by a family feels like. This becomes apparent when Ethan tries to kill her with the antidote. She breaks into tears, wondering why nobody truly loves her and they always hated her.

Artificial Human-Mold Hybrid Physiology: Befitting to her purpose as a mind-controlling B.O.W., Eveline was conceived by infecting a human embryo and bio-engineered fungoid called Mold and envisioned as a 10-year old little girl so as to better blend in to unsuspecting populace and enemy soldiers alike. This in turn, endows her the ability to produce and manipulate excess Mold at will, including creating a colony of fungoid to suit her needs and infecting the others through contact. Because she was conceived through scientific means which include genetic alterations to accelerate her growth at the cost of mental deterioration and insanity, Eveline must be given periodic medication to halt her rapid-aging and preventing her from making a wanton use of her powers. 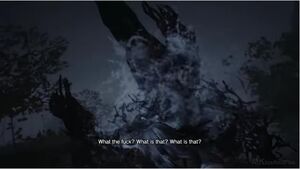 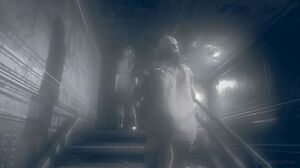 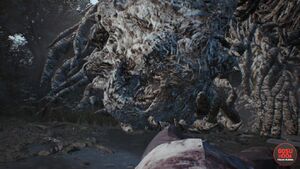 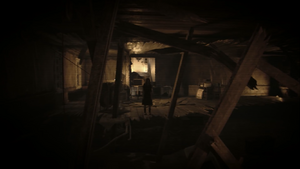 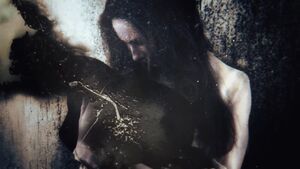 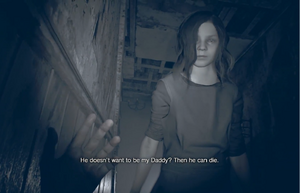 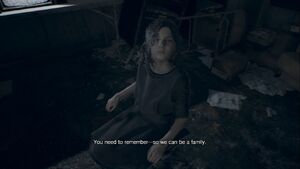 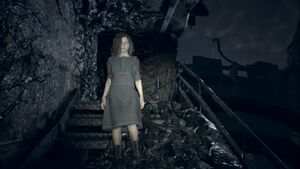 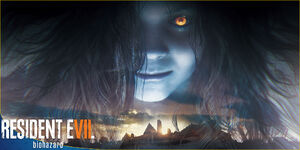 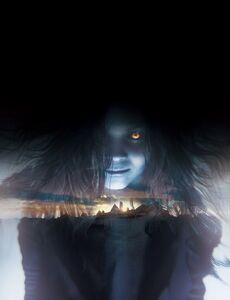 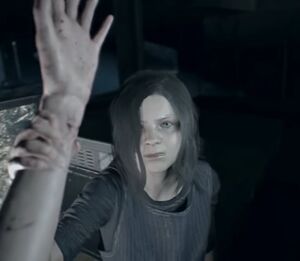 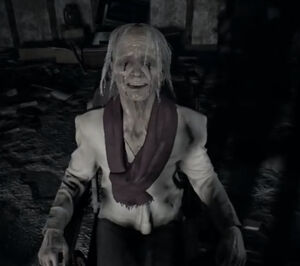 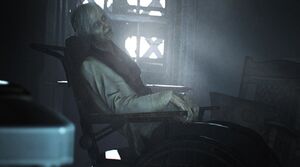 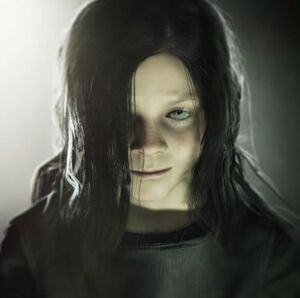 Retrieved from "https://villains.fandom.com/wiki/Eveline?oldid=4160606"
Community content is available under CC-BY-SA unless otherwise noted.