He-Man and the Masters of the Universe

Evil Sorceress
Evil-Lyn is an evil witch who aids Skeletor as his second-in-command with her powers of darkness.

She is vastly more intelligent than Skeletor's other minions. While she admits that she is not as powerful as Skeletor, she readily confesses that she hopes to seize her master's powers and lord it over Eternia herself one day. Thus, she has worked completely independent of Skeletor on multiple occasions. Her trademark is the magic wand crowned with a crystal orb. Evil-Lyn typically generates magic without the assistance of any instruments.

In the 2002 series, much more of Evil-Lyn's background is revealed, including the fact that her father, known as The Faceless One, is a powerful sorcerer who despairs of his daughter's choice to follow Skeletor. Although Evil-Lyn is shown to have her own agenda, she still maintains some loyalty to her bloodline. Her first meeting with Keldor shows her as a young woman with collar-length white hair who is physically attracted to the man who would become Skeletor. Later in the series, her hair is shown to be close cropped. This version of Evil-Lyn relied heavily on her magical staff to cast her spells. Without it, her powers were significantly diminished.

The original figure has yellow skin, although she is depicted in both animated series as having a pallid Caucasian flesh tone. In "The Witch and the Warrior," she removes her helmet for the only time in the series because of extreme heat, and has closely cut white hair. In an earlier episode she appeared to the Widgets as a blonde, but she was specifically using a magic spell to alter her appearance, even though she wore her usual clothing. 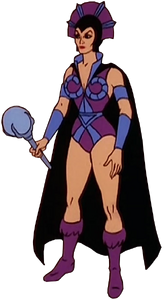 Evil-Lyn in the 80s cartoon show. 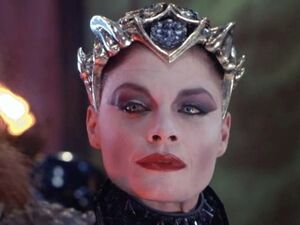 Evil-Lyn in the live-action movie 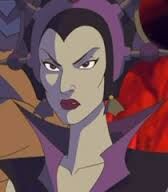 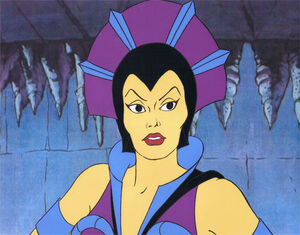 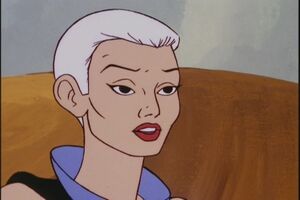 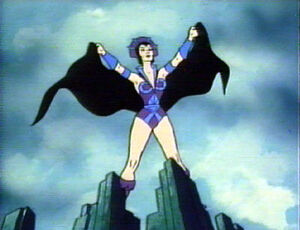 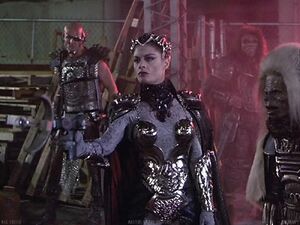 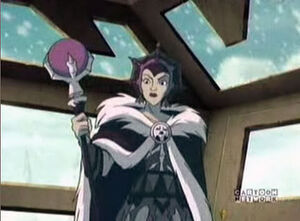 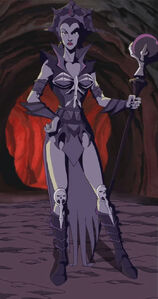 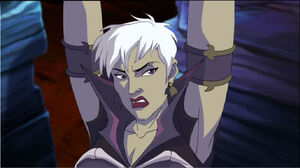 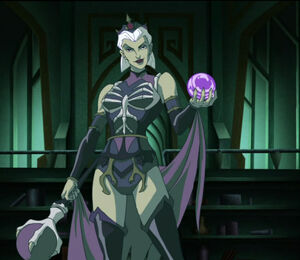 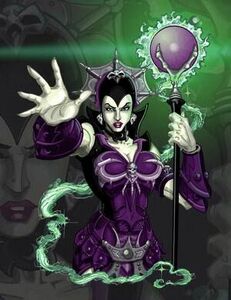 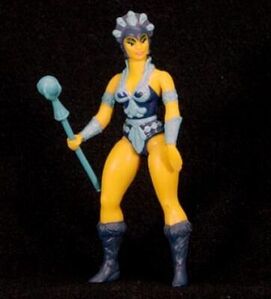 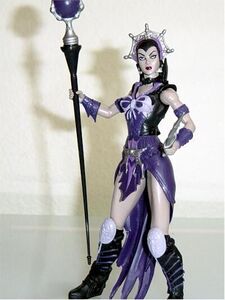 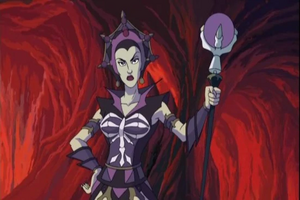 Retrieved from "https://villains.fandom.com/wiki/Evil-Lyn?oldid=4301967"
Community content is available under CC-BY-SA unless otherwise noted.