Each members possess their own formidable super powers

Take over towns and turn them into Shadow Towns.

Dark Forms
The Evil Army Shadow Line are the antagonists of the 2014 Sentai installment Ressha Sentai ToQger. Their theme is steampunk.

According to recent information, they hail from the underworld and their plan is to wrap the world in darkness. Their lair being a giant castle/railway station known as the Castle Terminal. It has multiple rail lines emerging from it, which give way to multiple versions of their own Ressha known as Kuliners to make their way into the world by taking over the stations. The Rainbow Line uses to spread their darkness onto Earth to consume cities with their influence by connecting with the darkness within the hearts of humans.

They plan to accomplish their plan by collecting the energy that is emitted from the human heart when it goes into states of rage, sadness, hatred, jealousy, and regret from the humans they abduct in order to create Dark Stations and enlarge Shadow Line's railway system. The more darkness they collect, the closer to completion the railway will be. Once the railway is complete, the Darkness Emperor can use his personal train to get to Earth.

The Shadow Kaijins are monsters themed after inanimate objects which serve under the Shadow Line, leading the Kuros into battle against the ToQgers. Their job is to take over regions of Japan to expand the Shadow Line's borders, collecting negative emotions and suffering, and stealing Imagination energy to help bring their head boss, the Darkness Emperor, to Earth so they can take over.

Zed's Shadow Kaijins seem to be about gathering sources of light & anything connected to light.

Noir's Shadow Kaijins are focused about getting what she views as "quality darkness".

Nero's Shadow Kaijins are about collecting darkness from as much suffering humans as possible.

Gritta's Shadow Kaijin are about helping Schwarz in any way possible.

Most of Morc's Shadow Monsters are known as "Keepers". The protectors of the Shadow Towns, they are themed after chess pieces; and have similar weapons in the form of staffs. However, she also has regular Shadow Monsters that she can call upon. 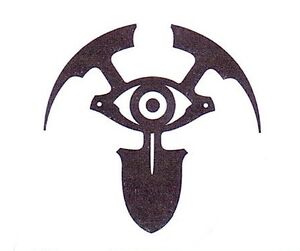 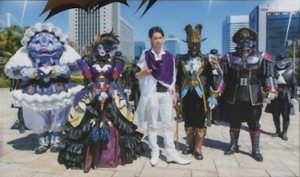