Minions
The Beach Bunnies are a group of six henchwomen from the Totally Spies episode I, Dude.

They work for the episode's main villain Frankie Dude, a former surfer who is destroying beach resorts to restore them back to their previous states, which were more suitable for surfing.

All of them wear identical shiny blue strapless bikinis, which look almost metallic. They are also barefoot. They have a range of hair colors as well. They are individually differentiated females. Jane, Carina, Helen and Andrea are Caucasian while Magnolia and Wendy are black.

They are first seen capturing Sam, Alex and Clover and bringing them to Frankie Dude's submarine. They then place them in the Tanning Bed of Doom and crank the heat up to maximum, attempting to burn the spies to death. The spies use their gadgets to escape the tanning bed and have a very short fight with the Beach Bunnies. They are ultimately defeated when one of the spies sprays a sticky substance called "24 Hour Extra Power All Day Adhesive Hair Pomade" on the feet of the bunnies, causing them to be stuck in place and unable to move. 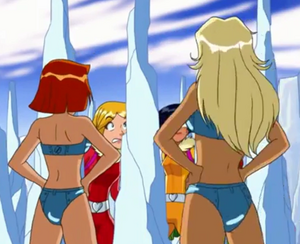 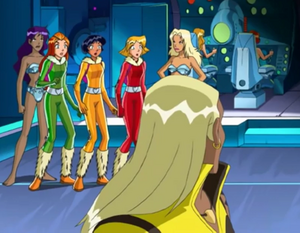 The girls captured by Magnolia (purple) and Carina. 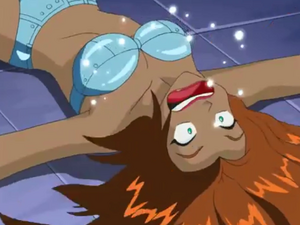 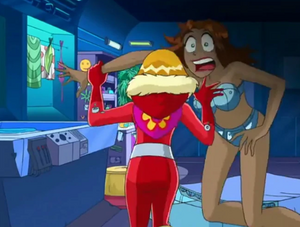 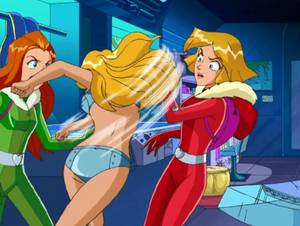 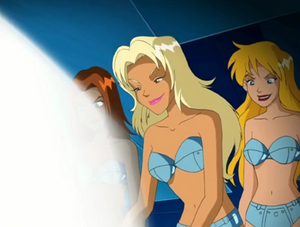 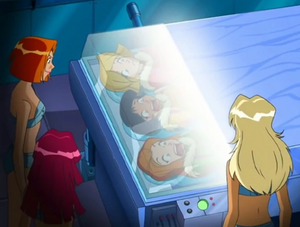 Helen (fuchsia), Jane and Carina watching the girls get tanned. 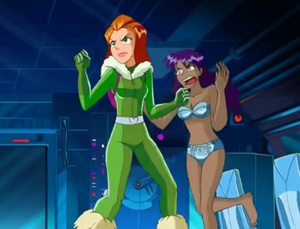 Magnolia about to grab Sam. 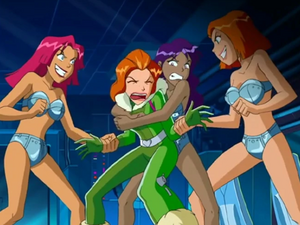 Helen and Jane watch Sam get ambushed by Magnolia. 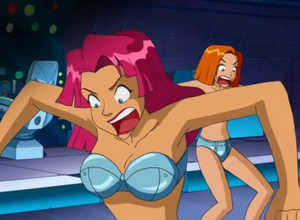 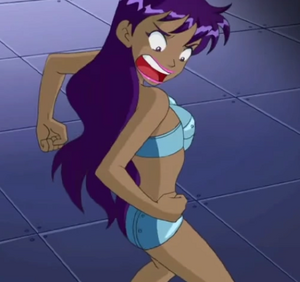 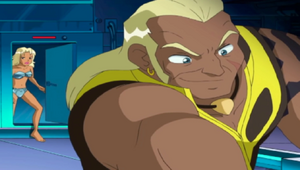 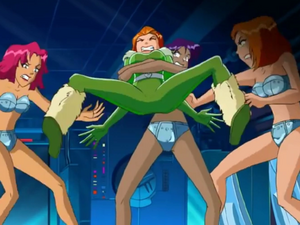 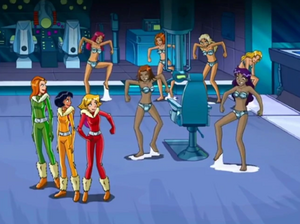 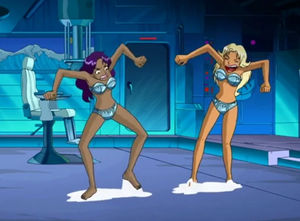 Add a photo to this gallery
Retrieved from "https://villains.fandom.com/wiki/Evil_Beach_Bunnies?oldid=3581160"
Community content is available under CC-BY-SA unless otherwise noted.