Same as the original Greymon.

Aid Etemon with his goals (failed).

He was voiced by Michael Sorich in the English version. 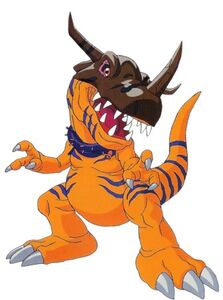 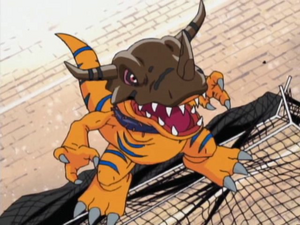