President of the Citadel of Ricks (both formerly)

Collecting and torturing Mortys to hide his Rick-level intelligence from the Council of Ricks.

Ruling the Citadel of Ricks.
Killing anyone he sees as a threat to his power (all formerly).

Cover up his crimes against the Citadel.

Become the ruler of the rebuilt Citadel and kill anyone who opposes him (both succeeded).
Kill the C-137 versions of Rick and Morty (failed).
Break through the Central Finite Curve Barrier (succeeded).
Reach a dimension where Rick isn't the smartest man alive (ongoing).

This seems like a good time for a drink and a cold, calculated speech with sinister overtones... A speech about politics, about order... brotherhood... power. But speeches are for campaigning. Now... is the time for action.

Evil Morty's famous speech after becoming President of the Citadel of Ricks.

There you go, kid. Now, you're Evil Morty too. Sooner or later, we all are, on this side of the curve...

He serves as the main antagonist of the episodes "Close Rick-counters of the Rick Kind", "The Ricklantis Mixup", and "Rickmurai Jack", the latter of which also makes him Season 5's final antagonist. A fictional version of him created by the Story Train also appears as a minor antagonist in "Never Ricking Morty".

Yet another alternate universe version of Morty Smith, he was the creator of Evil Rick Sanchez and the one truly responsible for the deaths of Ricks and abductions of Mortys from different universes; he managed to escape capture and be elected first President of the Citadel of Ricks following the destruction of the public Council of Ricks.

He was voiced by Justin Roiland, who also voiced every single version of Rick Sanchez and Morty Smith.

On the surface, Evil Morty presented himself as a suave, charismatic, compassionate politician. During his election campaign, Evil Morty managed to win the presidency by tackling the division between the Ricks and Mortys as well as the Ricks at the top of the hierarchy who liked the Citadel divided. However, once he wins the election, he shows his true nature: a manipulative, ruthless, sadistic, tyrannical dictator.

Evil Morty holds a deep hatred for Rick. His main goal revolves around living in a reality where Ricks don't exist by breaking the Central Finite Curve, and he was willing to do whatever it took to accomplish his goal. Despite expressing mild sympathy for other Mortys, Evil Morty is not averse to manipulating, torturing, or killing them them to further his plan. In fact, he fuels the new Dimensional Drive protocol, in part, with the blood of Mortys. This appears to be because he doesn't even view them as people, since he knows that Ricks have purposefully manipulated alternate versions of Beth and Jerry in order to create more Mortys.

Ultimately, Evil Morty's goals are selfish and self-serving. Though he claims that all Ricks don't take any responsibility and use their genius as an excuse for their actions, Evil Morty has committed just as many atrocities towards Mortys as other Ricks have. As Morty himself says, Evil Morty doesn't do anything to solve the problem with Ricks, instead choosing to run away to a world where Rick doesn't exist. Evil Morty believes that the only thing that makes him evil is the fact that he got sick of Rick, not taking any responsibility for the countless Mortys he tortured and killed.

Evil Morty's backstory is mostly unknown, but at one point, he killed a Rick (possibly even his own Rick) and turned him into Evil Rick, modifying his body with cyborg implants to control him in order to cover him in case he and his plans were discovered.

Using Evil Rick, he successfully killed 27 Ricks and kidnapped their Mortys. Rick C-137 was blamed and hunted down by the Council.

After Evil Rick's death, the Council of Ricks returned the Rick-less Mortys to their families to live out the rest of their lives including Evil Morty. By the time all the Mortys were boarding ships to depart to their lives, the Council of Ricks had discovered that Evil Rick was a remotely controlled robot that acted under the orders of someone else. In the last scene of Evil Morty, he removed his eyepatch - which held the transmitter for Evil Rick - and destroyed it revealing him to be the controller of Evil Rick. Evil Morty then turned to board the departing ships now looking identical to the rest of the Mortys.

In "The Ricklantis Mix-Up" Evil Morty secretly developed an alter-ego to become the presidential candidate for the newly-democratic Citadel of Ricks. A Campaign Manager Morty was in charge of the Morty Party though he does not take his own candidate seriously at first. But despite mockery from Ricks and even other Mortys his candidate made a rousing speech about the class divide between the various Ricks and Mortys on the Citadel during a debate which earned him praise and support. Afterward Evil Morty promptly fired his Campaign Manager for a lack of faith.

An Investigator Rick gave Evil Morty's former Campaign Manager him a file revealing the candidate's true nature. Horrified at the truth, Campaign Manager Morty tried to assassinate Evil Morty to stop him from getting into office and is promptly arrested. Unfortunately for him, Evil Morty survived the assassination attempt and won the election. The Shadow Council of Ricks revealed themselves as the true power behind the Citadel and informed Evil Morty he would answer to them. The newly-elected president had all of them executed save for two who did not share the same sentiment. Campaign Manager Morty was killed by the Rick Secret Service agents and ejected into space. His body was one of the many bodies floating out of the Citadel's airlocks in the aftermath of the new dictatorship's purge. Also among the dead was Investigator Rick who was killed for uncovering Evil Morty's secret.

In "Rickmurai Jack", Evil Morty's full plan was revealed. He explained to Rick C-137's Morty that there is a Central Finite Curve, a multidimensional wall that separates all the infinite universes where Rick isn't the smartest man alive from all the infinite universes where he is the smartest man alive. Evil Morty intended to break through it so he could live away from Rick. He claimed that what makes him evil is hating Rick and wanting to leave, and if any Morty had ever felt the same, then they were evil as well. Evil Morty activated a new program in the Citadel's Dimensional Drive, using the blood of Operation Phoenix clones to boost its power. He tore open the Curve and used a small spaceship to fly through the hole, leaving behind the realities with Ricks.

Once outside of the Curve, he opened a golden portal with an improved Portal Gun and stepped through it. His current whereabouts are unknown.

Do you know what the Central Finite Curve is? They built a wall around infinity. They separated all the infinite universes from all the infinite universes where he's the smartest man in the universe. Every version of us has spent every version of all of our lives in one infinite crib built around an infinite f-cking baby. And I'm leaving it. That's what makes me "evil"—being sick of him. If you've ever been sick of him, you've been evil, too.Evil Morty revealing his plans to Rick and Morty. 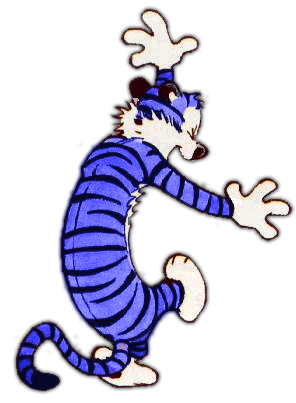 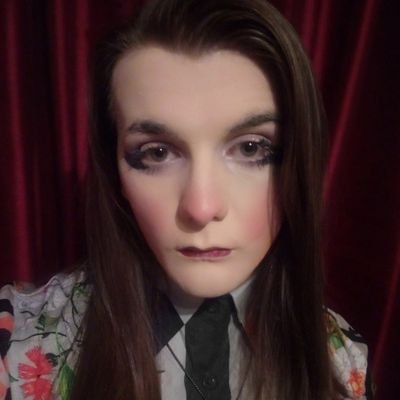