Twin Man and the 4 Putties

The Evil Power Ranger's got their start at Rita's Palace. Rita had a Mirage Monster made of mirrors and 4 putties turned into the Evil Rangers. Once on earth they assumed human form and framed the teens so they would end up in detention for the next part of their plan.

They assumed Ranger form and began causing chaos in town. The Evil Power Rangers had their own generic versions of the Power Weapons. They also worked alongside Scorpina. The teens saw the report on the news and used a fake "magic trick" to sneak out. The Rangers fought a confusing battle as some of the Rangers got mixed up Good for Bad.

The girls, Billy and Zack all defeated their clones with their respective Power Weapons, reverting them back into putties, while Jason kicked his clone, who eventually reverted back to Twin Man. Once reverted to his true form, he started fighting them with a sword that could be used for Laser Whip attacks, as well as charge up a powerful Kaleidoscope lens-like Blast.

The Rangers, to get free of the monster's weapon, used their blade blasters' Tower Formation attack. This knocked the sword from Twin Man's Hand. He was then destroyed by the Power Blaster. 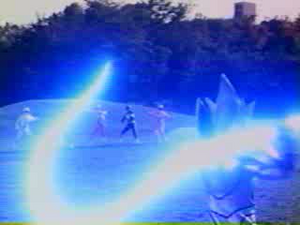 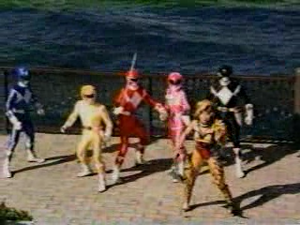 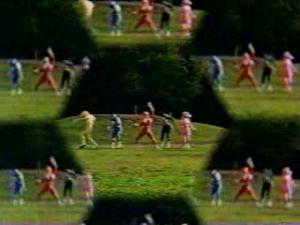 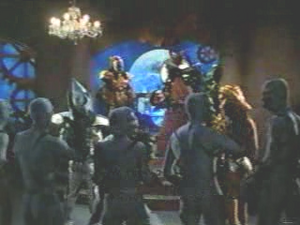 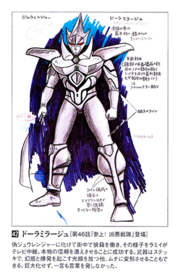 Retrieved from "https://villains.fandom.com/wiki/Evil_Power_Rangers?oldid=3439397"
Community content is available under CC-BY-SA unless otherwise noted.