Evil Sir Leopold was Dominico's pet dog whom he held higher than his servant, David. Dominico even humiliated his servant whenever he failed to meet his or his dog's demands. He is a villain in both videogames "Dragon Quest VIII" and "Dragon Quest Monsters Joker 2".

After Jessica was possesed and saved by the heroes, Leopold got ahold of Rhapthorne's staff and was the one to manage to finally kill David, under the staff's influence. In the end, the heroes got Dominico's approval to kill the possessed dog, stating that it is no longer his pet.

The animal, now in pursue of the descendants of the Seven Sages, was able to murder Marta, another descendant and send its new minions, the Hellhounds, to dispose of the Hero and his party; but the animals were ultimately defeated.

Leopold was able to use the staff's magic and he could now fly thanks to the wings he grew, Evil Sir Leopold had some resemblance to Dhoulmagus' second form.

Leopold in its corrupted form appears as a Monster in Dragon Quest Monsters Joker 2 and can be synthesized with Dhoulmagus, Xenlon, Chainine and either Baramos, Hargon, or Murdaw. He is one of the requirements to synthesize the powerful monster, Ace of Spades. 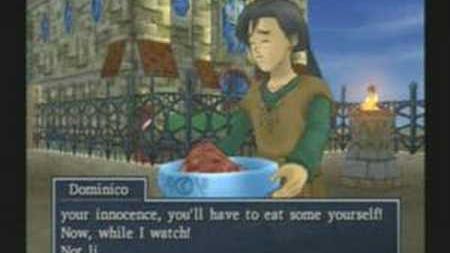 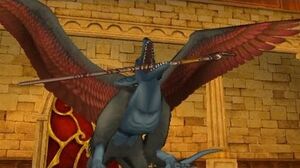 Retrieved from "https://villains.fandom.com/wiki/Evil_Sir_Leopold?oldid=3328912"
Community content is available under CC-BY-SA unless otherwise noted.